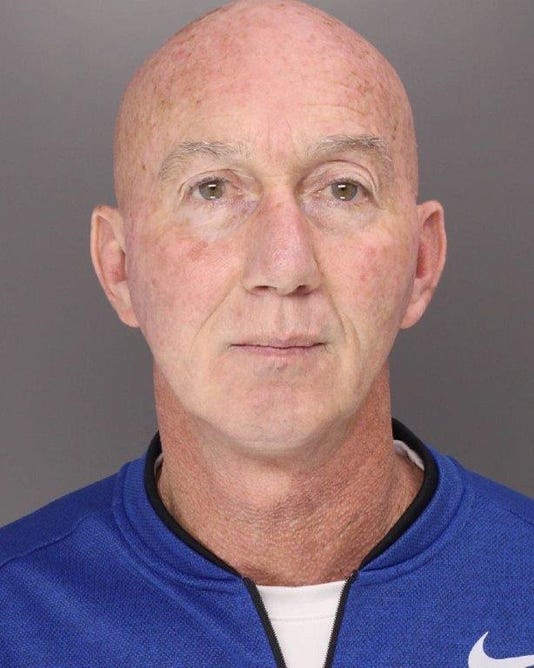 The video was played at Harrison's Dec. 21 preliminary hearing, where District Judge Lindy Sweeney determined enough evidence exists for the officer to stand trial on his misdemeanor charge of simple assault.

The York Dispatch subsequently filed a Right-to-Know request seeking a copy of the video, which the York County District Attorney's Office provided on Monday, Jan. 7.

The video — which contains strong language — doesn't show what happened after Harrison and another officer left the bank with Ryan Shane Smith Jr., but it shows Smith arguing with Harrison and refusing to leave.

Defense attorney Chris Ferro said he wishes the video "showed the entire interaction from start to finish," including when Harrison first entered the bank.

Ferro said it would have showed Harrison "bending over backward to be nothing but kind and gracious" until realizing he needed a firmer demeanor.

The attorney said had the video followed them into the lot, "it would leave no doubt that this was not a criminal offense."

Testimony revealed Harrison was dispatched to the West Hanover Street bank May 30 after an employee there called 911 because Smith was being disorderly.

State police said Smith was handcuffed, suffering from mental-health issues and refusing to put his legs inside a police cruiser when Harrison shot him in the leg, thinking he had drawn and was using his Taser.

Instead, he mistakenly drew his service handgun, according to police.

Harrison, 56, of East Manchester Township, remains free on his own recognizance. His formal court arraignment is scheduled for Jan. 25.

He had been on paid leave from Southwestern Regional Police, but his leave was changed to unpaid after the charge was filed against him, officials have said.

'Relax': The video shows Harrison telling Smith to leave the bank, but Smith tells him to "relax."

Smith insisted he wouldn't leave the bank without his money. He didn't have an account at that bank but thought he did:

"I'm not f—ing leaving, man. I'm not leaving without my money," Smith told Harrison. "Back up, man. Why are you f—ing with me?"

The video shows that after Smith repeatedly refused to leave the bank, Harrison tased him several times, but the shocks appeared to have no effect on Smith.

Smith had been released from the psychiatric unit of York Hospital the day before he was shot, testimony revealed, and his mother said in court she believed he could still be delusional and paranoid.

Smith and Harrison continued to argue about whether Smith would leave, the video shows.

"Turn around and put your hands behind your back," Harrison ordered, but Smith refused.

At that point fellow Southwestern Regional Officer Michael Matthews  arrived because Harrison had called for backup.

The two officers took the struggling Smith to the ground and handcuffed him.

Once handcuffed, Smith walked out of the bank with the officers. The video ends there.

What attorneys say: Ferro has said criminalizing Harrison's mistake is "unfair and unwarranted" and akin to criminally charging every doctor who commits malpractice.

"He wasn't punching, kicking. He wasn't assaulting anyone," Russell argued at Harrison's hearing. "This wasn't a dangerous situation. It was merely a frustrating situation. ... The officer acted criminally negligently." 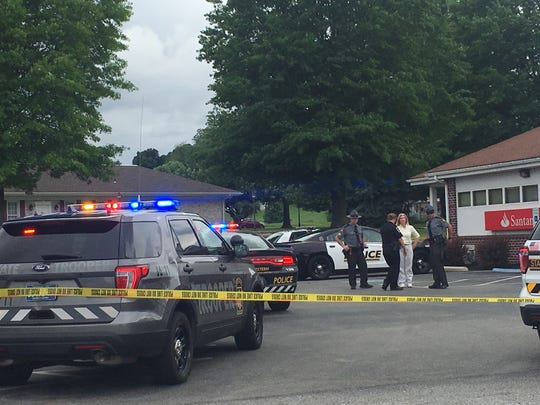 Under questioning by Russell, Trooper Daniel Weldon — the lead investigator in the case — testified it went against Southwestern Regional's departmental policy for Harrison to tase a handcuffed man.

Smith was in York Hospital for a month recovering from his gunshot wound and in surgery for 11 hours, according to his mother, Christine Smith.

Weldon testified Harrison's Glock handgun was on the right side of his utility belt, and his Taser was on the left side.

The Taser that Harrison carried that day has a trigger and a handle the way handguns do, Weldon confirmed while testifying.