A Dallastown woman is accused of kicking and attempting to bite a trooper when he was taking her home on New Year's Eve, according to charging documents. 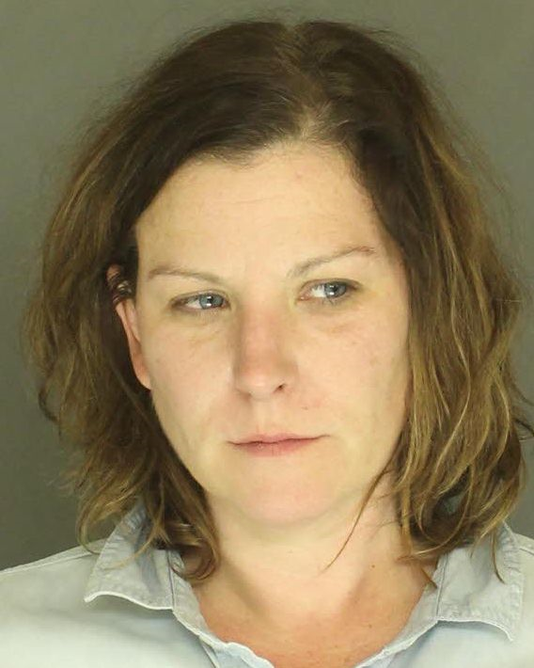 A Dallastown woman is accused of kicking and attempting to bite a trooper when he was taking her home on New Year's Eve, according to charging documents.

State police said Jessica Ann Wertz was being taken from a home where she was  trespassing on Monday, Dec. 31.

Police had stopped the car while taking her home when she kicked the trooper and tried biting him, according to charging documents.

Wertz, 41, of the 300 block of Walnut Street, is charged with aggravated assault, attempted simple assault and harassment.

Incident: Troopers responded to the 700 block of Plank Road in Hopewell Township about 10:10 p.m. Monday. Police said Wertz was trespassing there.

Responding troopers told her she would be charged for trespassing at a later date, court documents state.

Trooper Mitchell Penrose and Trooper Jared Muir had to give her a ride back to her home because she would not leave with anyone else, officials said.

She was handcuffed and buckled into a seat belt in the vehicle, according to authorities.

Muir stopped the vehicle at the intersection of South Walnut Street and East Main Street so he could talk to a York Area Regional Police officer about Wertz about 10:40 p.m., charging documents state.

Wertz then unbuckled her seat belt and kicked Penrose in the leg once, according to officials.

Police said she then tried to bite Penrose.

Wertz was then restrained, told she was under arrest and was taken to the county's central booking unit, police said.

She also had an active warrant for her arrest at the time of the incident, according to charging documents.

Penrose was not injured, police said.

Wertz was arraigned on the charges the morning of Tuesday, Jan. 1. She remains free after posting $15,000 bail.

A listed phone number could not be found for her, and she does not have an attorney listed.

Her preliminary hearing is scheduled for Feb. 4 at District Judge Scott Laird's office.