Security video taken minutes before the double homicide show the accused killer wearing a shirt identical to the one found clutched by Jameel Murray.

In front from right, Anthony Jones, of Baltimore, and Devin Hill, of York City, father and brother, respectively, of shooting victim Dezmen "Dez" Jones, 15, reflect for a moment as family and friends gather for a candlelight vigil behind a home at in the 600 block of West Princess Street in York City, Friday, Sept. 28, 2018. Dezmen, a member of Pedal 4 Peace, an organization that strives to bring people together through cycling, was shot at the location on Wednesday, Sept. 26, and later died at York Hospital from his injuries. Dawn J. Sagert photo(Photo: The York Dispatch)Buy Photo

As his lifeblood leaked onto paving stones in the rear yard of a York City row home, homicide victim Jameel Murray held tight to the T-shirt of a teen who was later charged in the double-fatal shooting.

Police collected 20 shell casings — all 9 mm — at the scene, including casings under and around Murray's body, according to DeHart.

Investigators found a black Sean John T-shirt with a white design on the front clenched in the fist of the deceased Murray, DeHart testified.

A review of security video footage from nearby Eby's Market showed Vicente-Ramirez was hanging out in the area with Murray, Dezmen and two other underage teens, according to DeHart.

Security video: He said he reviewed the store's video and discovered the shirt Vicente-Ramirez was wearing minutes before the double homicide is "the same as the T-shirt found in the grip of Jameel Murray." 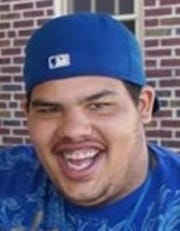 The detective testified he interviewed the 14- and 15-year-olds, whose names The York Dispatch is withholding, and learned that Dezmen and the two teens were riding BMX bikes before deciding to hang out at Eby's Market after one of their bicycles broke down.

According to one of the teens, Dezmen spoke with the defendant inside the store, after which the defendant began talking to Murray about selling Murray crack-cocaine, DeHart testified.

All five walked into the fenced-in yard, but things went bad from there, the detective testified.

"An argument ensued," DeHart said, adding that one of the two unnamed teens "heard one individual say, 'Give me my money.'"

The teen said he believed it was Vicente-Ramirez who made the statement, according to DeHart.

Went through pockets? The detective said he was told Vicente-Ramirez and Murray got into a physical fight and that Vicente-Ramirez started going through Murray's pockets, which is when one of the teens yelled to Dezmen that they should run because gunfire was about to erupt.

Dezmen Jones, 15, sits on his bike. Dezmen was killed during a shooting on Wednesday, Sept. 26. Photo courtesy of Brandt Kingsley. (Photo: Submitted)

After the first shot was fired, the two unnamed teens ran off, according to DeHart. He said one of them reported hearing a number of shots, followed by a pause, then "a bunch more" gunshots.

Defense attorney Bill Graff argued that just because the shirt is identical doesn't mean it's the same shirt. He argued there was no fingerprint evidence introduced, that no witness saw his client holding a gun, and that the gun was never found.

"He was present — that's all they have," Graff said.

Circumstantial evidence: Logic dictates the remaining person was the shooter, he said.

Judge Toluba agreed there was enough evidence presented for him to forward the case to York County Court for trial. He scheduled formal court arraignment for Jan. 11.

After the hearing, the defense attorney told The York Dispatch that he has an alternate theory of who killed Dezmen and Murray.

"There are other people involved," Graff said.

He noted he will file a habeas-corpus petition to challenge whether his client should be charged. 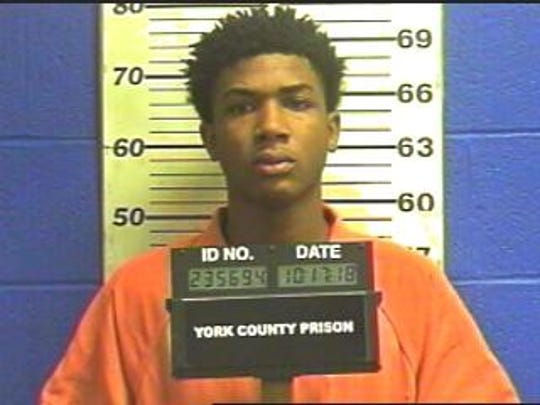 Vicente-Ramirez, of no fixed address, remains in York County Prison without bail, charged with two counts of homicide and one count each of carrying a firearm without a license and being a juvenile in illegal possession of a firearm.

Tried to flee arrest: DeHart testified that he spoke with Vicente-Ramirez by phone in the days after the double slaying.

"He told me he would turn himself in the next day," DeHart told the judge. "He failed to do so."

The detective said as police officers closed in on Vicente-Ramirez on Oct. 16, the teen "either jumped out of a window or off a roof" and tried to flee but was captured and arrested.