A West York man is accused of returning to his girlfriend's home the day after he was arrested for striking her with a quarter, according to police. 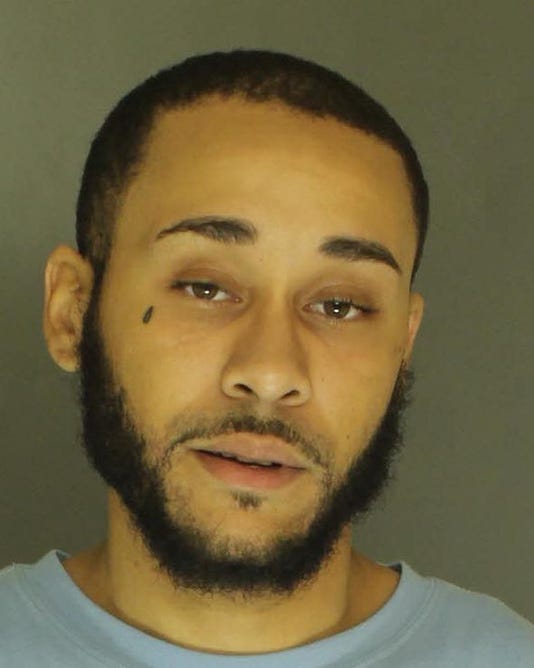 A West York man who allegedly struck his girlfriend with a quarter broke into her house following his arrest in an attempt to get some of his things back, including an engagement ring, according to authorities.

However, West York Police said his girlfriend paid for the ring, and it wasn't his to take.

On Tuesday, Nov. 27, 28-year-old Frank Nin was arrested for the second time in less than 24 hours, according to authorities.

After he allegedly struck his girlfriend's eye with a quarter on Monday, Nov. 26, he returned to her house Tuesday through a bathroom window, charging documents state. Police said he knew he wasn't supposed to be there.

"I'll fight your f—in ass too, I don't care if you're police," Nin told responding officers, according to charging documents.

Threw quarter: According to police, Nin threw a quarter at his girlfriend's left eye during an argument about 6:15 p.m. Monday.

The incident allegedly happened on Seward Street. Nin's address is listed there, but police said after his first arrest he was not allowed to return.

Police said he had taken his girlfriend's car and phone while he ran some errands. He returned about 5 p.m. and the two started arguing, charging documents state.

He was scratching a lottery ticket while arguing with her when he threw a quarter at her, causing a laceration under her left eye, police said.

Nin attempted to clean up the blood from the incident, and the victim walked away and called 911, court documents state.

Police said the two continued arguing after he threw the quarter. He threatened to kill her, according to authorities.

Nin was arrested and taken to the county's central booking for arraignment, police said. He was arraigned at 8 a.m. Tuesday morning and posted $15,000 bail, court records state.

Police said he was given a no contact order as a condition of his bail.

Broke into home: Police were called to the home again around noon Tuesday.

According to charging documents, Nin showed up at the front door about 11 a.m. and demanded to be let in.

The woman refused to let him in multiple times, prompting him to make threats such as "I'm gonna make life real hard for you," police said.

He said he was cold, so the victim gave him a jacket and told him to leave, which he did for a short period of time, court documents state.

About 45 minutes later, he returned, still angry, and banged on the door while he demanded to be let in, officials said. The victim, her child and another family member were there at the time, according to authorities.

The victim again refused to let him in, but Nin didn't listen, police said. Nin went around the back of the apartment and entered through a bathroom window, prompting the three inside to flee and call police, charging documents state.

He said he came back to get property and admitted he knew he wasn't allowed to be there, charging documents state. Police said he then threatened to fight them.

Nin was arrested and found with marijuana and paraphernalia, court documents state. He was also found with an engagement ring that he struggled with police over, saying that the ring was his and police couldn't have it, according to authorities.

However, the victim told police that while the ring was from him, she had purchased it with her credit card, documents state. Police said she took it off when she took a shower.

His preliminary hearing was held Wednesday, Dec. 12, at District Judge Jennifer J.P. Clancy's office, and the case was bound to court.

Nin was released on $50,000 unsecured bail after his preliminary hearing, according to online court records.