"I like taking her places because it makes her happy," Walter Wolford Sr. said of his wife, who has dementia. "I think that's what's keeping her alive." 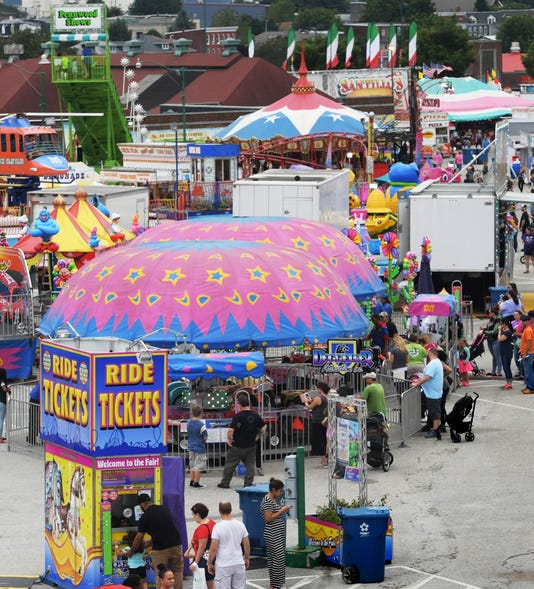 Walter Wolford Sr., 67, of Hagerstown, testified at his preliminary hearing Thursday, Oct. 18, that he had attached a dog leash to his wife's belt when they visited the fair on Sept. 15 so she wouldn't wander away from him like she did the year before.

"It's getting so bad, it's hard to take her anywhere," he testified. "I like taking her places because it makes her happy. I think that's what's keeping her alive."

Wolford is charged with the second-degree misdemeanor of simple assault. On Thursday, District Judge Keith Albright determined enough evidence exists for the case to move to county court for trial.

Defense attorney John Ogden had argued that simple assault is an intentional crime, or must at least have an element of reckless disregard for another's safety.

"He didn't have to take her to the fair," the attorney argued. "He could've kept her in a room somewhere. It would've been easier for him."

In sending the case to York County Court, Albright acknowledged "the particular plight (Wolford) finds himself in."

What vendor saw: During the hearing, West Manchester Township Police Officer Bradley Cleck questioned Nikita Butler of Maine, a vendor at the York Fair who alerted police to the incident. 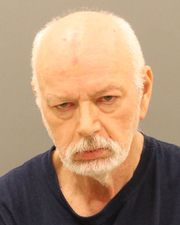 Butler testified that when she first saw Viola Wolford, the dog leash was clipped to the woman's belt. Butler said she then saw Wolford wrap the leash around his wife's neck.

When Viola Wolford tried to walk in a different direction than her husband, he pulled on the leash, Butler testified, causing Viola Wolford to make a noise "like she was in pain."

Butler said she took a photo of the couple and went to get help.

Officer Levi French, with the York County Agricultural Society, was the officer to whom Butler went for help that day. He also testified Thursday, saying he saw red marks around Viola Wolford's neck.

French said it only took a few minutes for Butler to alert him and for him to respond, but by the time the leash was clipped to Viola Wolford's belt.

"He became agitated with me, and explained to me that she has a medical condition," French testified. "At one point he threw up his hands and said, 'If I've done something wrong, arrest me.'"

Exhausted: Wolford testified it was his 62-year-old wife who got the 8- to 10-foot dog leash wrapped around her neck as she was trying to remove it from her belt. He said it happened while he was suffering from a dizzy spell related to a medical condition.

"After a couple hours (at the York Fair), I was extremely exhausted," he said, adding he was "shocked" his wife had been able to tangle the leash around herself in that way.

He maintains that when Butler saw him, he was trying to get the leash off his wife's neck — not put it on. He also testified that it was his wife who jerked her head away from him, and that he didn't jerk the leash.

Wolford explained that he must be able to keep control of his wife so she doesn't "escape."

"She can outrun me by a mile," he said, and told the judge how his wife went missing for 30 to 45 minutes at 2016's York Fair. He said York Fair workers stopped her at a gate, which is how Wolford found her.

"I did the best I could (at this year's fair). ... I can't let her run away from me," he testified. "You ask anyone in Hagerstown what a devoted husband I am. They all know me."

Cleck argued that Wolford never mentioned his dizzy spell to police or anyone that day.

Restless: During the more than two hours that the Wolfords, their adult son and their daughter-in-law were at Albright's office, Viola Wolford never sat down and never stopped talking.

That included during hearing testimony.

Occasionally she spoke a recognizable word or acknowledged her family when they spoke, but primarily what she was saying was unintelligible. She appeared not to understand what was happening around her.

Wolford repeatedly left the defense table to reassure his wife, who had been a geriatric nurse's aide when she was younger.

He told the judge that his wife cared for patients with dementia and Alzheimer's disease, so she knew what was going to happen to her when she was given the diagnosis of early-onset Alzheimer's that turned into dementia.