A York City man who police said "savagely beat," another man with a tire iron in West York will spend the next several years in prison. 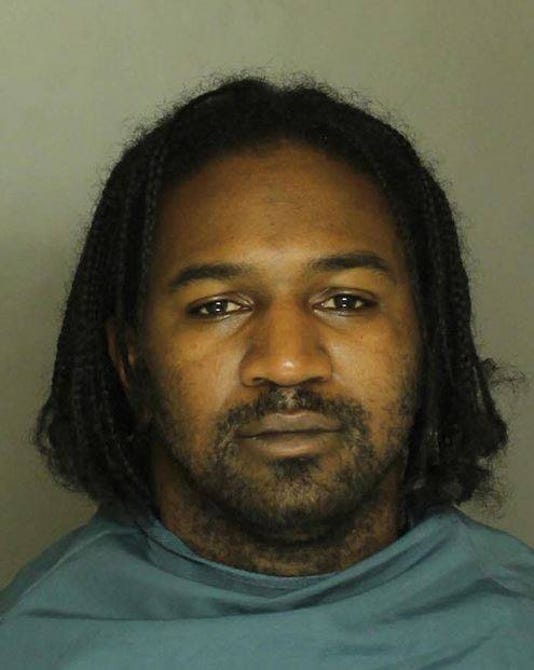 A York City man who police said "savagely beat" another man with a tire iron in West York will spend the next several years in prison.

On Wednesday, Sept. 19, Matthew Lynn Hughes II, 29, pleaded guilty in four cases, one of which was a case involving him breaking into a West York home and assaulting a man.

He pleaded guilty to aggravated assault, and his other charges, including attempted murder, were dismissed.

The York County District Attorney's Office said Hughes was sentenced to 7½ to 15 years in prison.

Hughes' attorney, Heather Reiner, said the agreement was a last-minute negotiated plea. Hughes was scheduled to go to trial Wednesday morning, but he decided to plead instead of going to trial.

Reiner said her client took the plea because he didn't want to risk a longer sentence if he were convicted of attempted murder.

Assault: According to West York Police, Hughes went into his ex-girlfriend's home in the 1800 block of West Philadelphia Street about 5:30 a.m. July 8, 2017.

Police said at the time Hughes went to the home because he believed his ex had left him for another man.

During Hughes' preliminary hearing last October, Dunham testified that Hughes hit him between 30 and 40 times.

"When I got to the hospital, I couldn't speak at all," he said of his injuries.

According to Dunham's testimony, Hughes came into the woman's home through a curtain in her room and began talking to her.

He asked who Dunham was, then grabbed him, prompting Dunham to grabbed pepper spray owned by the woman, hitting both himself and Hughes, according to Dunham.

Hughes began choking Dunham, and Dunham reached for a tire iron, but Hughes got to it first, he testified.

"He kept hitting me with it," Dunham said, adding that he was hit all over his body.

Dunham said he ran to the stairs but Hughes followed him and pushed him down the hardwood steps.

Dunham said he ran to the kitchen to get steak knives, and that was when Hughes left the home through the front door.

Dunham said he went outside with the knives and Hughes hit him with the tire iron again.

"He hit me again with the tire iron, and my head started dripping (blood) everywhere," he testified.

Dunham recalled Hughes saying "I'll f—ing kill you" once inside the home and again outside it.

Others who were in the house at the time were nowhere to be found during the altercation, Dunham said.

"Everyone pretty much ran off or was hiding," he said.

Police have said in addition to Hughes' ex, there was a pregnant woman and a 2-week-old infant inside the home during the assault.

Dunham said after the incident he ran to a neighbor's home, and police and EMS arrived. Dunham said he was taken to York Hospital by ambulance and required stitches on his head. He was in the hospital for about a day, he testified.

He said he had never met Hughes before the alleged assault but was familiar with him through Hughes' ex.

Hughes spent about two weeks on the lam before being arrested in York City in late July 2017.

After he pleaded guilty to aggravated assault, all the remaining charges were dismissed, online court records state.

Reiner said the 7½ to 15 years sentencing was for all four cases he pleaded to.