A York City man remains in York County Prison on $100,000 bail after police say he robbed a woman of her car then threatened her. 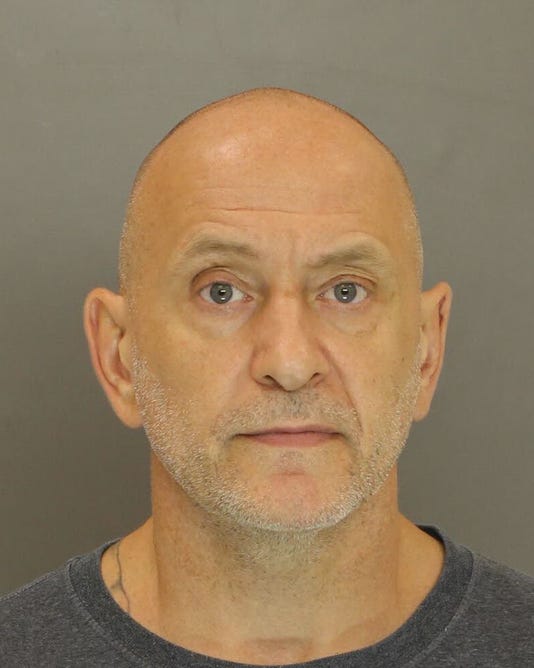 A York City man remains in York County Prison on $100,000 bail after police say he robbed a woman of her car then threatened her.

"Don't call the cops or you won't wake up tomorrow," Robert Leroy Tate told the victim, according to police.

York City Police charged Tate, 49, of the 600 block of Jessop Place, with robbery of a motor vehicle, terroristic threats and harassment.

Alleged robbery: Police say the victim met Tate outside her home in the area of North Pershing Avenue and Lincoln Street about 7:30 p.m. Aug. 24.

The victim, a friend of Tate's, asked to borrow money from him, charging documents state.

He arrived at her home and called her to let her know he was outside, police said.

When she went outside, she found him standing by her car, and she hugged him, documents state.

As she hugged him, he didn't let go and wrapped his leg behind hers, causing her to fall to the ground on her back, officials said.

He put his hand around her neck and held her to the ground, and she told him to get off of her and that he was scaring her, court documents state.

"You should be scared, I'll take your life little girl," Tate told her, according to authorities.

He forced her keys from her hand and then threatened her about calling police, charging documents allege.

He got into her car and took off, officials said.

Charges were filed Aug. 25, and it wasn't until Friday, Sept. 7, that he was arraigned on the charges. He was arraigned at the county's central booking unit.

District Judge Richard T. Thomas set bail at $100,000, according to online court records. Tate does not have an attorney listed.