A former York Haven-area man must spend nearly a year in prison for sexually assaulting a girl when he was a juvenile. 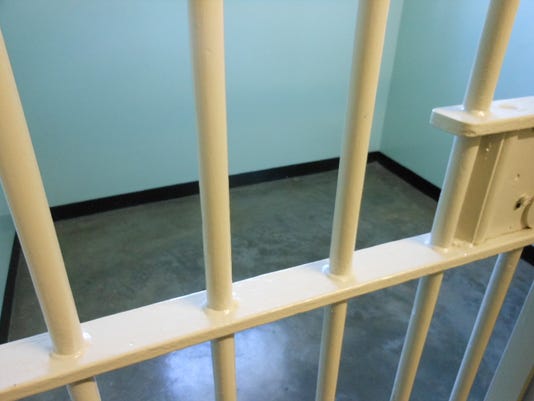 Had Richard Alan Fetrow Jr. gone through the juvenile justice system at the time the crimes occurred, he likely would not have spent even a day locked up, according to his defense attorney, Diana Spurlin.

Fetrow, 27, now of Norfolk, Virginia, appeared in York County Court on Wednesday, Aug. 1, where he was sentenced to 11½ to 23 months in York County Prison.

He pleaded guilty May 3 to the second-degree felony of aggravated indecent assault without consent. His other charges have been dropped, including rape of a child less than 13 and sexual assault.

Newberry Township Police, who filed the charges in June 2017, said the sexual assaults happened between 2001 and 2006.

Fetrow would have been between the ages of 10 and 15 during that time frame.

Court documents indicate Fetrow forced a girl to perform oral sex on him and inappropriately touched her starting when she was 5 years old.

Defense reacts: Spurlin said it's disappointing that Fetrow, "a Navy sailor with no other criminal history," must spend about a year imprisoned "over a horrible mistake" he made as a young teen.

"There is a reason that juvenile courts focus on rehabilitation rather than punishment," she told The York Dispatch. "Had this situation been brought to the attention of the authorities way back when it occurred, my client would have gone through the juvenile justice system, where it is highly unlikely he would have spent even one day in jail."

Fetrow cooperated with investigators and was honest with them from the start, according to Spurlin.

"Just because prosecutors can seek harsh prison sentences for adults who committed sexual crimes as children doesn't mean that it constitutes justice in any sense of the word for them to do so," Spurlin said.

Consideration given: In response to Spurlin, the York County District Attorney's Office provided The York Dispatch with a statement on Thursday afternoon:

"The victim in this case was sexually assaulted by the defendant when she was between the ages of 5 and 10 years old. The facts and circumstances of the case were considered when we allowed the defendant to plead to a lesser charge than rape of a child," according to the statement from DA's office spokesman Kyle King.

"The real injustice would be not holding the defendant accountable for his actions that have had, and will almost certainly continue to have, an impact on the victim’s life."