A helicopter crashed in North Hopewell Township and caused minor injuries to two people over the weekend, according to officials.

A helicopter crashed in North Hopewell Township and caused minor injuries to two people over the weekend, according to officials.

Two people were on board at the time. 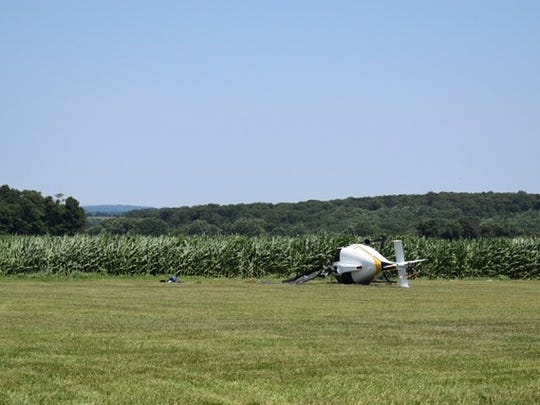 He said the fire company went to the scene to make sure there weren't any hazards as a result of the crash, and there were none.

Poe said the crash was minor.

Shrewsbury Volunteer Fire Co., which responded to the scene, wrote in a post on its website that the helicopter was experienced an issue while landing, and it hit the ground and flipped over onto its side.

There was no fuel leak and no fire, according to the fire company.

The FAA is investigating, and the National Transportation Safety Board will determine what caused the crash, according to Bergen.

The helicopter is listed in online records as being owned by Chesapeake Copters LLC in Kingston, Maryland.