After months of debate regarding New Freedom's intent to leave the department, things are going back to normal for Southern Regional Police. 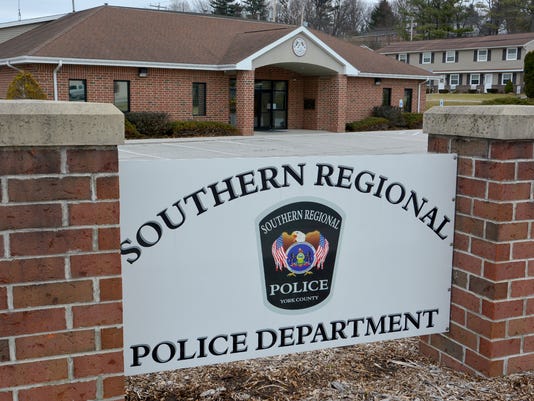 On Wednesday, June 7, a letter detailing their decision was read aloud during the police commission's monthly meeting, making their choice official.

"We're back to status quo — business as usual," Chief Jim Boddington said after the meeting.

New Freedom voted in January to withdraw from the police department by the end of the year, which would have left Glen Rock, Shrewsbury and Stewartstown as the three member municipalities of the department.

After months of back and forth between officials and residents, the borough council reversed the decision in May and also committed to five years with the department.

Meeting: During Wednesday's meeting, Glen Rock Mayor John Trout, who serves as the chairman of the commission, read New Freedom's decision to remain with the department.

Since there was no proposal from New Freedom and only a decision to rescind a letter, the commission, which is made of members from each member municipality, did not have to vote on anything.

Among the reasons cited by New Freedom officials for wanting to leave the department were the size and financial stability of the department. At one point the borough council proposed staying with the department under contracted services, but that was voted down by the commission.

The contracts, which have not yet been finalized, are for three years of SRO service. Boddington said that one of the districts' concerns was the stability of the department. Now that things are stable, he said he could see the districts looking to make longer commitments at some point.

The chief was also given the go-ahead by the commission to start looking into hiring three more officers. One would replace a patrolman who recently left, and two would replace the officers who could eventually become SROs in the department.

During an earlier police commission meeting, when it appeared New Freedom was dropping out, Stewartstown rescinded its intent to stay five years.

Stewartstown Mayor Robert Herzberger said during the April commission meeting that the borough council was concerned the police department would not be able to sustain itself with only three municipalities. At the time, he said the borough council will likely decide its next step once New Freedom makes its decision

Following Wednesday's meeting, Herzberger said the council had not received New Freedom's written notice of its decision in time for the Monday, June 4, council meeting.

Technically, Stewartstown is still planning to leave the department by the end of the year.

But that could change. Each municipality received a copy of New Freedom's decision during Wednesday's meeting. Herzberger said Stewartstown's council is expected to meet again for a continuation meeting on June 21.

"I would say it's looking positive," he said.

Andrew Stewart, a Glen Rock councilman and member of the commission, said a motion was made at a recent borough council meeting to stay with Southern Regional Police for five years, but it failed because it wasn't seconded.

Stewart said he thought the council wanted to make sure that the letter from New Freedom about staying with the department had made it to the commission.

He said the commitment will be addressed at the next Glen Rock council meeting, which is on Wednesday, June 20. 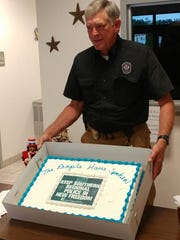 Support: Kay and Ed Hughes, who own Whistle Stop bike shop in New Freedom, donated a cake that had "The people have spoken" written on it, along with a sign that said, "Keep Southern Regional Police in New Freedom."

Signs with that slogan had been placed in front of homes all over New Freedom by people who support the department.

"The people have spoken" is what Boddington told The York Dispatch following New Freedom Borough Council's decision to remain with the department.

"We want to show them we love them, and you can always do that with cake," Kay Hughes said.

Over the past few months, ever since New Freedom had initially voted to leave the department, residents and supporters of the department have shown up in droves to the commission meetings as well as the New Freedom council meetings.

The chief said he saw signs in places outside of New Freedom, in the other three municipalities.

"The outpouring of support was tremendous," he said.

The police commission will meet again at 7 p.m. Tuesday, July 17, at the New Freedom Borough building.