A Dallastown High School senior accused of making threats at the school earlier this month is expected to be released from prison Friday night. 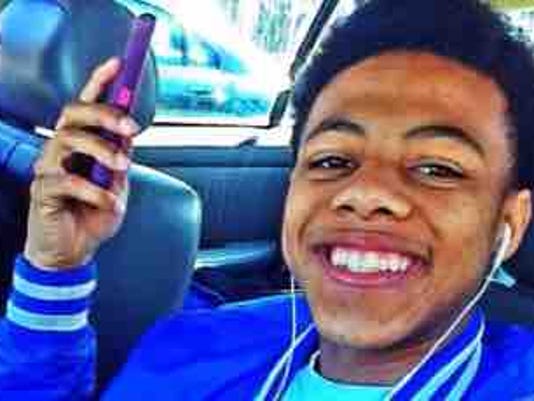 A Dallastown Area High School senior accused of making threats at the school earlier this month was released from prison Friday after a judge reduced his $225,000 bail.

His attorney, Chris Ferro, argued in a motion that Thompson's bail being set so high was "effectively refusing to set bail."

During Thompson's bail hearing Friday, Cook allowed Thompson to be released on bail. Although he wasn't required to post money, Thompson will be supervised by York County Probation.

"I'm so glad to have my son home," Kimberly Elliott, Thompson's mother, said after the hearing.

Motion: In Ferro's motion, he said that Thompson, a senior at the school, has no criminal history, no history of violence, no substance abuse issues and no history of mental illness.

Additionally, Ferro wrote that Thompson has never previously been released on bail and has no record of flight or escape. Ferro also said Thompson had never had any issues at the school prior to the incident on March 1.

"Imposing $225,000 bail in this case is effectively refusing to set bail, as the Defendant nor his family have the financial means to post the necessary collateral to allow him to be released while his charge is pending," Ferro wrote.

The attorney said allowing the high school student to remain incarcerated on a charge that will likely result in a time-served sentence or probation is "unconscionable" and a "complete miscarriage of justice." 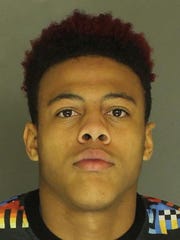 Hearing: During Friday's hearing, RJ Fisher, an attorney at Ferro's firm who was there in Ferro's place, argued those points again.

"I think that keeping him incarcerated isn't helping him or anybody else," Fisher told Cook.

Senior deputy prosecutor Justin Roberts asked that if Thompson were to be released, he would be placed on GPS monitoring. Cook agreed with that and set that as part of Thompson's bail condition.

Thompson was released Friday to his mother's custody and was ordered not to have contact with Dallastown Area School District.

Kimberly Elliot had created a GoFundMe account a day earlier seeking to raise money for her son's bail.

As of Sunday, the GoFundMe had raised $3,795. In an update on the site, she said the money raised would be going Thompson's home monitoring system and legal fees.

"Brandon, his family, attorney Ferro and myself are relieved that Judge Cook granted our bail modification request and that Brandon will be able to go home tonight and deal with this difficult situation surrounded by the love and support of his family," he said.

Fisher declined to answer questions regarding the case.

Background: According to charging documents, Thompson was overheard about 9:15 a.m. March 1 yelling at a student, "Don't come to school tomorrow," and a witness alerted school staff.

School administrators immediately detained Thompson and alerted York Area Regional Police, according to a statement from the school district.

Police spoke with students with whom Thompson rode to school the morning of March 1 and were told that in the vehicle Thompson said that one day, someone was going to "push his buttons to the max," charging documents allege.

He then allegedly said, "I'm going to come to school tomorrow with a gun, and teachers are the first victims," documents state.

Once at the school and walking through the lot to the building, Thompson pointed out another student and said, "that's going to be my first victim," documents allege.

After walking inside the building, Thompson raised his hands and made a shooting gesture at a group of students about 7:30 a.m., according to charging documents.

Police interviewed Thompson shortly before noon March 1. He told them he had heard about threats being made in other school districts and "thought it would be a joke to say it," according to documents.

Asked about the student he had pointed out and allegedly identified as his first victim, Thompson told officers that if he really wanted to shoot the boy, he would have done it already, documents state.

One of his parents told officers that Thompson had seemed depressed for several weeks, according to police.

About 12:30 p.m., a handcuffed Thompson was led from the school to a police cruiser, documents state.

A recommendation has been made to expel him from school, according to that online statement.

There was no interruption to the school day, the district said.

Other bails: In York County, three people have been charged with threats directed at schools.

Brennen Michael Shenk, 18, is accused of threatening to bring two rocket launchers to Eastern York High School and "blow it up," on Feb. 26,  according to Lower Windsor Township Police. He was released on his own recognizance.

Jacob Chirichello, 18, sent a message saying "There is a bomb in the school," to Eastern York School District's SafeSchools alert program on March 9, Wrightsville Police said. All five district schools evacuated as a result of the message, according to the district. He remains free after posting $15,000 bail.