A Red Lion man is accused of having sex with an 13-year-old girl late last year, according to officials. 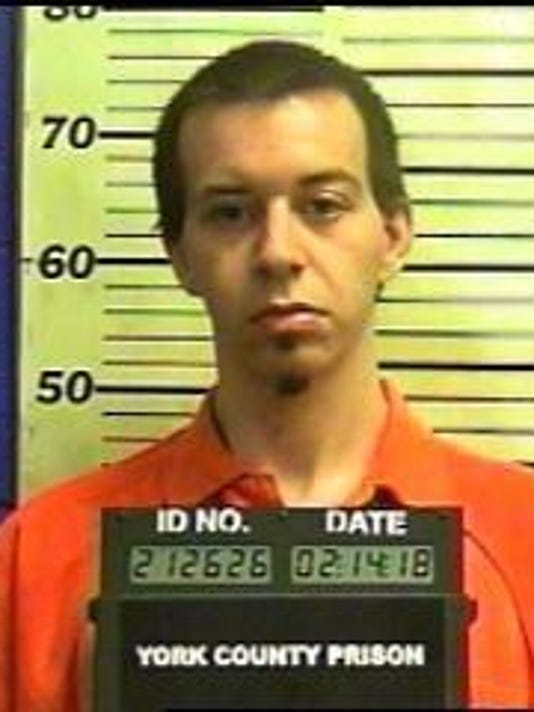 A Red Lion man who police say had sex with a teenage girl he met at a park last year knew he had made a mistake immediately after his alleged actions.

"I don't think we should ever do this again," Shane Michael Heikes, 21, told the 13-year-old girl he sexually assaulted in Red Lion, according to court documents.

Heikes, of the first block of Broadway, is charged with statutory sexual assault and corruption of minors.

Assault: According to state police, Heikes had a "sexual encounter" with the teen while at a Red Lion residence in November 2017.

Police say the two were watching television when they began hugging and kissing, which eventually led to her performing oral sex on him.

After that, the two began having sex, but he stopped because he felt uncomfortable because of their age difference, court documents allege.

The victim spoke to authorities in mid-January about the alleged incident, officials said.

Admission: Heikes spoke to police in February and told them the two had met while they were both hanging out at a Red Lion park over the summer, documents state.

Heikes knew the girl was 13, and she knew he was 21, according to police.

"(Heikes) related they developed feelings toward each other and would routinely express 'I love you,' to each other," Trooper Matthew Eicher wrote in charging documents.

While speaking with police, Heikes recalled telling the victim,  "You are too young for me," after the alleged incident, police said.

Previous charges: This is not the first time Heikes has dealt with state police.

In June 2016, Heikes and two others were charged with stealing vehicles for "joyrides" in the Red Lion area.

Police said at the time that the three compared their crimes to the popular video game series "Grand Theft Auto."

Police said Heikes told authorities the three "car-hopped," which meant taking things from unlocked cars. He said the three didn't think they would get caught, according to court documents. Heikes told police if they found keys in the car, they would usually drive it, police said.

"There were so many cars we took. ... We at least took probably over 20 cars," Heikes said, according to documents.

In December 2016, Heikes pleaded guilty to theft and was sentenced to six to 23 months in York County Prison and three years of probation, court records state.

His latest charges were filed Wednesday, Feb. 14, and he was arraigned on the charges that day. He was sent to York County Prison in lieu of $25,000 bail.