The driver who fatally struck 16-year-old Abigail Osborn must spend at least three years in prison for fleeing the scene without stopping to help her.

The driver who fatally struck 16-year-old Abigail Osborn along a Newberry Township road must spend at least three years in prison for fleeing the scene without stopping to help the Northeastern High School junior.

David Michael Kent Jr., 25, of York Haven, told the teen's grieving loved ones in court that when he wakes up in the morning, the first thing he thinks about is causing Abby's death.

Kent stood and faced the courtroom gallery as he spoke about the April 23 hit-and-run.

"I want to say how sorry I am for everything you've gone through because of me," he said. "I don't understand how that happened or why it happened."

He told Abby's family that because of his actions, he's "eternally indebted" to them.

Defense attorney Patrick Lauer told the judge there was no evidence Kent was intoxicated, speeding or driving recklessly.

"Indications are he basically he fell asleep at the wheel of the vehicle," the attorney said, adding a blood test done the next morning showed no drugs in Kent's system.

"There will always be unanswered questions," senior deputy prosecutor Sarah Buhite told Bortner. She said the fact that Kent covered the vehicle with a tarp after going home could be construed as consciousness of guilt.

Bortner sentenced Kent to three to six years in state prison, plus two years of probation.

Kent pleaded no contest Nov. 29 to the second-degree felony of leaving the scene of an accident involving death, the second-degree misdemeanor of tampering with evidence and the summary offense of careless driving.

"Our Abby touched a lot of lives," Stover said. "She was such a unique child; nobody had another Abby like ours. We have so many incredible stories and memories — far too many to count. ... Each one has become priceless to us." 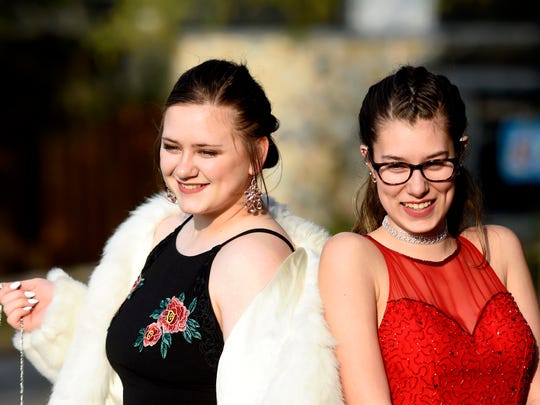 Her own person: Abby loved wearing colorful socks and Converse sneakers, according to her parents. She also loved the Beatles, '80s music, flannel and tie-dyes. She played soccer for Northeastern High School.

Abby once told her older sister she didn't go to school to socialize — she went to school to be educated, according to Stover.

She was a hero who did everything with gusto,her mother said.

"Abby would have accomplished so much in life," he wrote, adding when he thinks about his daughter's death, "my heart jumps and I need to catch my breath."

"I live in a complete fog," Osborn wrote.

Judge Bortner said the real tragedy is that Kent didn't stop and call for help, although he acknowledged he didn't know if that could have saved Abby's life.

'Fitting memorial': Bortner commented at the number of family and friends in the courtroom, including many high school students.

He described the turnout as "a fitting memorial to what she meant to the community."

The judge called Abby "incredibly talented and popular," and said he believes she would want Kent to receive counseling and be rehabilitated in prison. 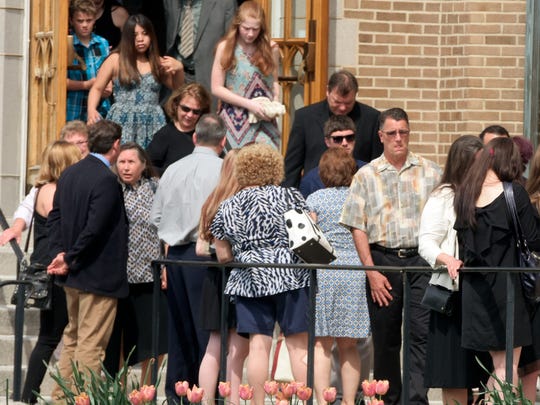 The background: Newberry Township Police were called to the 3400 block of York Haven Road about 1 a.m. April 23, 2017, for a report of a person lying in the road.

When officers arrived, they found Abby suffering from severe head trauma, police said. She died the next day at Hershey Medical Center.

Police said bits of a broken headlight cover were found at the scene, and later that morning a friend of Abby's alerted officers that he found a vehicle parked on Susquehanna Avenue in York Haven that seemed suspicious because it was covered.

That friend told police he saw damage to the passenger side front of the vehicle, including a broken headlight, court documents state. It was that information that led police to Kent.