A man wearing a TMNT bandanna took off with more than $300 after robbing a store in Spring Garden, according to police. 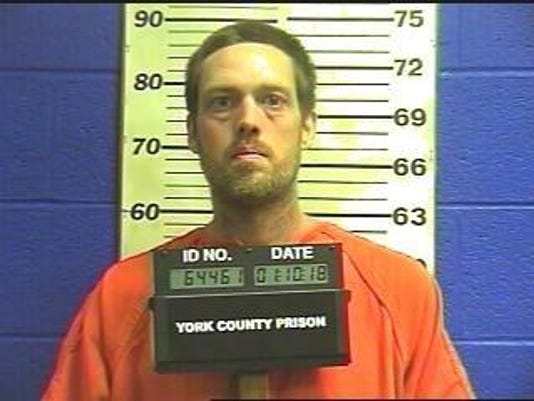 Police say Eric Joseph Carrier didn't make it very far, either, because he was apprehended a less than a mile away after fleeing on foot.

Carrier, 35, of Charleroi, Washington County, is charged with robbery, receiving stolen property and retail theft. Charleroi is about 20 miles south of Pittsburgh.

Robbery: Spring Garden Township Police received a robbery call for the Smoker's Outlet at 1100 Mount Rose Avenue at about 5:30 p.m. Tuesday, Jan. 9, according to court documents.

Officials say Carrier told the cashier he had a gun and made her open the cash register. He also tried grabbing two packs of cigarettes from the cashier's hand, charging documents allege.

He took the money, two packets of tobacco and cigarettes, then fled west on East Boundary Avenue, police said.

The officers were told the suspect was scruffy, wearing an army jacket and a Teenage Mutant Ninja Turtle bandanna around his mouth, police said.

Two officers found him in the 900 block of Norway Street, walking behind vehicles parked at a home in the block, officials said. A bandanna with the turtle cartoon characters was around his chin, and he was carrying $360, cigarettes and tobacco, according to court documents.

Carrier was arraigned on the charges Wednesday, Jan. 10, and sent to York County Prison in lieu of $50,000 bail. He does not have an attorney listed.