Dover Area High School's suspended girls' assistant basketball coach is now criminally charged, accused of having a sexual relationship with a player on the team.

Aignee Nicole Freeland, 23, of the first block of West Maple Street, was arrested the morning of Wednesday, Jan. 10, according to Northern York County Regional Police.

She was arraigned on the third-degree felony charges of institutional sexual assault and unlawful contact with a minor by District Judge David Eshbach, who set bail at $100,000 and ordered Freeland to have no contact with the alleged victim, or with any minors.

She was committed to York County Prison around lunchtime Wednesday, according to prison records.

Northern Regional Police said they were notified by Dover Area School District officials on Dec. 20 that they had learned of an alleged inappropriate relationship between Freeland and the player.

The allegations: Charging documents allege Freeland had a sexual relationship with a 16-year-old girl who plays, or played, on the team.

Police told the girl's mother about the alleged relationship on Dec. 20, after which she gave investigators permission to look at her daughter's phone, and a forensic analysis was performed, documents state.

It showed 18 video calls — incoming, outgoing and missed — between Freeland and the girl on Dec. 18 and 19, according to charging documents.

The girl was interviewed Jan. 4 and said she and Freeland met on several occasions after basketball practice in Dover Borough, Dover Township and Manchester Township, documents state.

They would sit in a vehicle, talk and engage in sexual contact, according to police.

"She said Freeland would touch her 'all over her body,'" documents state, and that the alleged fondling included Freeland penetrating the girl's genitalia with her fingers.

Kept quiet? "Both were aware Freeland could get in trouble if anyone found out about the relationship, so they agreed not to tell anyone," charging documents state.

The relationship began Nov. 1 and continued until Dec. 20, the day police went to the girl's mother. 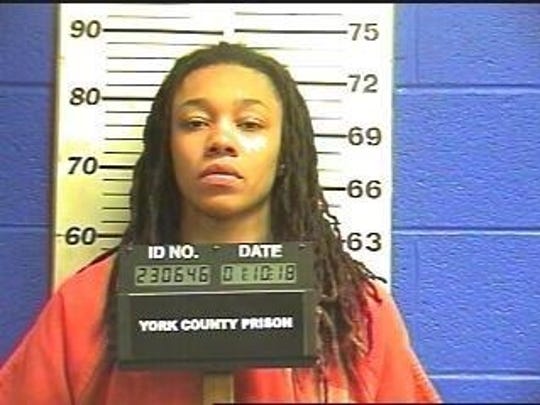 "We are attempting to determine if additional victims exist," he said.

Freeland is being represented by RJ Fisher, a former York County prosecutor who's now an attorney with Chris Ferro's law firm.

"It's obviously a complicated situation," Fisher told The York Dispatch. "We'll be reviewing the charges more closely and we look forward to addressing them in the near future."

Worked in York district: York City school board President Margie Orr said Wednesday she had no information about Freeland's current employment status with the city school district because she and other school board members had not yet been briefed about the situation.

However, Orr confirmed she was aware Freeland is, or was, a district employee.

Freeland was suspended Dec. 20, according to Dennis Kloster, who resigned his position as volunteer assistant coach on Dec. 23.

Kloster said he resigned because girls' basketball head coach Kevin Glover was suspended from his position by the school district on Dec. 21.

Coaches, friends: The two men are friends who have coached together for many years, Kloster said, adding he doesn't think it's right that Glover was suspended.

Kloster told The York Dispatch that school officials directed the team coaches not to speak publicly about what was going on, or they would lose their jobs. He said he decided to quit so he could speak out on Glover's behalf.

"He's done absolutely nothing wrong," Kloster said of Glover. "I felt if I quit, nobody could tell me I can't talk."

In part, it states that once the allegations became known to district administration, Freeland was "removed from her assignment and suspended from participating in school activities."

Counseling has been arranged for affected students, the release states, and adds that no more information will be released.

"The Board of Directors want to be very clear, the protection of students is paramount and they will take all appropriate actions to accomplish this objective," the release states.

About Freeland: A graduate of William Penn Senior High School, Freeland had a standout basketball career at Edinboro University, after which she signed a contract to play professional women's basketball.

Freeland left Edinboro as a three-time All-Pennsylvania State Athletic Conference West Division selection and was the PSAC West Freshman of the Year. The Fighting Scots won 20 or more games during all four years that Freeland played for the team, posting an 89-31 record over that time.

During the 2013-14 season, Freeland was part of a PSAC championship team and helped push the school to the NCAA Division II Elite Eight for the second time in program history.

In her senior year, Freeland was sixth in the conference in scoring at 16.3 points per game, ninth in rebounds with 7.9 per game and third with 55 blocks on the season. Freeland shot a team-best 51.1. percent from the floor and ranked fourth on the team with 45 assists.

Freeland cracked the 1,000-point career mark during her junior season and leaves sixth all-time in Edinboro scoring with 1,555 career points. She is also third all-time in career rebounds with 944 and has the fifth-highest block total at 139.

About Glover: Glover became head coach of the Dover varsity girls' basketball team in spring of 2016, the fourth head coach in as many seasons.

At the time, Leathery said the top quality they were looking for in a head coach was stability.