Police: Man shot in head in York City will survive

A West York man is expected to survive after being shot Monday night, police said. Dustin Myers suffered a gunshot wound to his forehead.

Police: Man shot in head in York City will survive 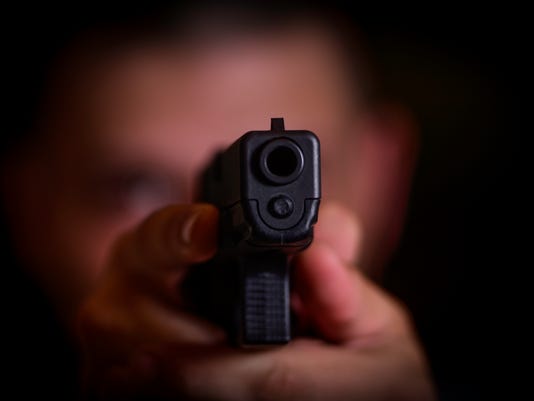 A West York man is expected to survive after being shot in the head a few blocks from his home, police said.

Dustin Myers, 26, of West King Street, suffered a gunshot wound to the right side of his forehead about 9:20 p.m. Monday, Oct. 16, according to Lt. Troy Bankert, who supervises the York City detective bureau.

The shooting happened in the 700 block of West King Street, not far from the intersection of Belvidere Avenue, Bankert said.

Myers escaped life-threatening injury, according to the lieutenant.

He was able to speak with officers at the scene before being taken to York Hospital and told them he didn't see who shot him, Bankert said.

Investigators at this point don't believe Myers' shooting is related to the Tuesday, Oct. 17, shooting homicide of an Exxon clerk, which happened inside the store at the corner of West Market Street and Richland Avenue, according to Bankert.

The 44-year-old clerk, Aditya Anand of West York, suffered a gunshot wound to the torso and was found collapsed in the Exxon parking lot by a passer-by, police have said.