Fairview Township Police have released photos of clothing taken from the body of a man found Saturday morning along the Susquehanna River. 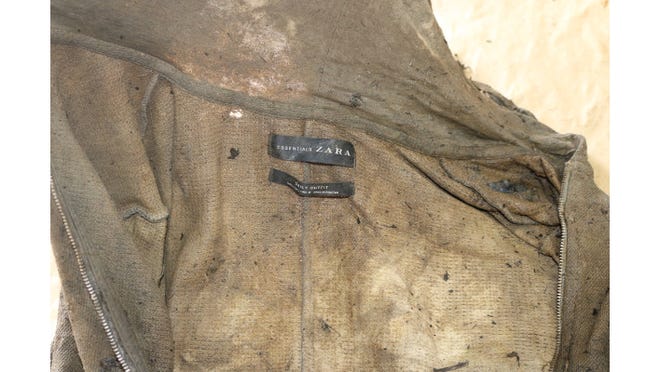 The man's approximate height was 5-feet-9, according to Chief Jason Loper, who said investigators are hoping photos of the man's clothing will lead to his identification.

An autopsy Monday at Allentown's Lehigh Valley Hospital failed to determine how the man died, his age or his race, York County Coroner Pam Gay has said.

On Tuesday morning, township police released photographs of the man's clothing and boots. Anyone who recognizes the clothing and knows who wore it is urged to call police right away.

DNA testing is being done in hopes of identifying the man, Gay said.

The man's remains were found halfway between the railroad tracks and the river, just south of where the Pennsylvania Turnpike bridge spans the Susquehanna River at Highspire, Dauphin County, according to Fairview Township Detective Jarrett Boyles.

Crews used Marsh Run Road to access the area, according to Gay.

Fishermen in a boat on the river spotted the body shortly before 11 a.m. and called 911, police said.

According to Boyles, it appears the body had been in the river at some point.

"Then, when the river level dropped, it was left on the shore," the detective said.

There was no identification with the body, according to Gay.

The man had a silver-colored stainless-steel cap on an upper back tooth, according to police.

Anyone with information about the body or who thinks they might know the man's identity is asked to call Fairview Township Police at 717-901-5267.