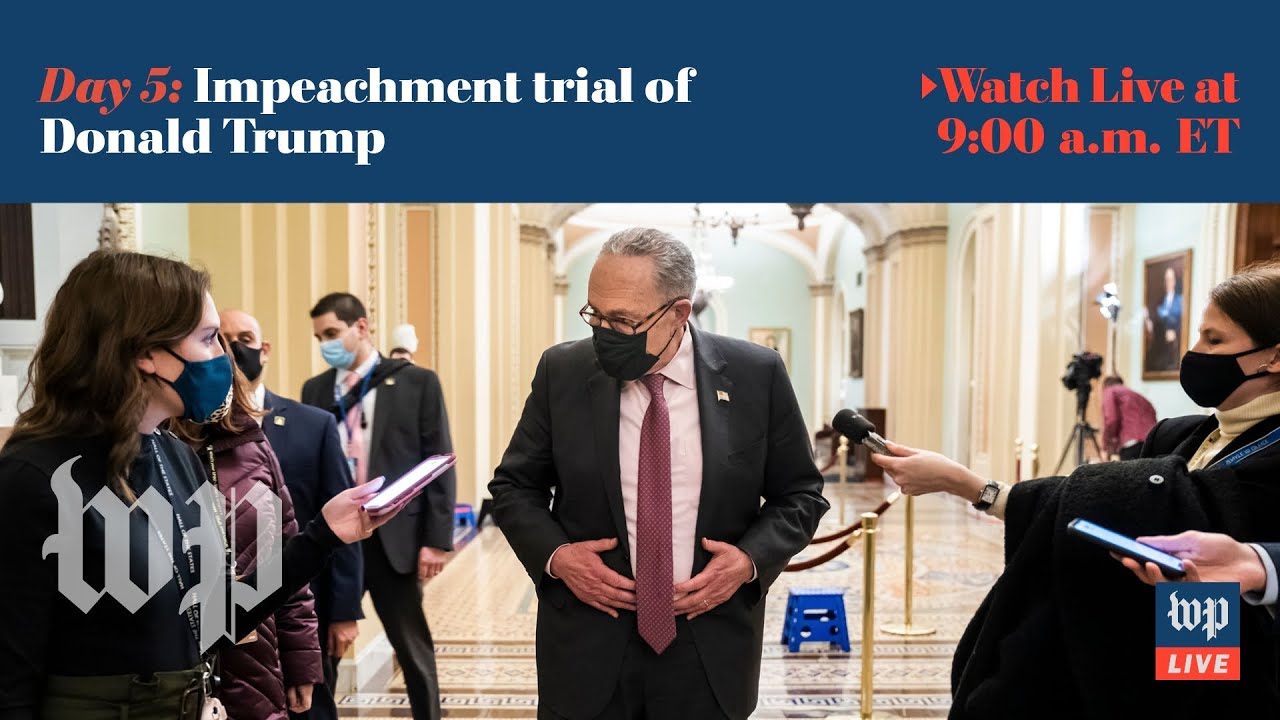 WASHINGTON — Senators are poised to vote on whether Donald Trump will be held accountable for inciting the horrific attack at the Capitol after a speedy impeachment trial that laid bare the violence and danger to their own lives and the fragility of the nation’s tradition of a peaceful transfer of presidential power.

Barely a month since the deadly riot on Jan. 6, closing arguments are set for the historic trial in a rare Saturday session, held under the watch of armed National Guard troops still guarding the iconic building.

The outcome of the quick, raw and emotional proceedings is expected to reflect a country divided over the former president and the future of his brand of politics.

“What’s important about this trial is that it’s really aimed to some extent at Donald Trump, but it’s more aimed at some president we don’t even know 20 years from now,” said Sen. Angus King, the independent from Maine.

The nearly weeklong trial has delivered a grim and graphic narrative of the riot and its consequences in ways that senators, most of whom fled for their own safety that day, acknowledge they are still coming to grips with.

Acquittal is expected in the evenly-divided Senate. That verdict could heavily influence not only Trump’s political future but that of the senators sworn to deliver impartial justice as jurors.

House prosecutors have argued that Trump’s rallying cry to go to the Capitol and “fight like hell” for his presidency just as Congress was convening Jan. 6 to certify Joe Biden’s election victory was part of an orchestrated pattern of violent rhetoric and false claims that unleashed the mob. Five people died, including a rioter who was shot and a police officer.

Trump’s lawyers countered in a short three hours Friday that Trump’s words were not intended to incite the violence and that impeachment is nothing but a “witch hunt” designed to prevent him from serving in office again.

Only by watching the graphic videos — rioters calling out menacingly for House Speaker Nancy Pelosi and Vice President Mike Pence, who was presiding over the vote tally — did senators say they began to understand just how perilously close the country came to chaos. Hundreds of rioters stormed into the building, taking over the Senate. Some engaged in hand-to-hand, bloody combat with police.

While it is unlikely the Senate would be able to mount the two-thirds vote needed to convict, several senators appear to be still weighing their vote. Senate Republican leader Mitch McConnell of Kentucky will be widely watched for cues, but he is not pressuring his GOP colleagues and is telling senators to vote their conscience.

Many Republicans representing states where the former president remains popular doubt whether Trump was fully responsible or if impeachment is the appropriate response. Democrats appear all but united toward conviction.

Trump is the only president to be twice impeached and the first to face trial charges after leaving office.

Unlike last year’s impeachment trial of Trump in the Ukraine affair, a complicated charge of corruption and obstruction over his attempts to have the foreign ally dig up dirt on then-campaign rival Biden, this one brought an emotional punch over the unexpected vulnerability of the U.S. tradition of peaceful elections. The charge is singular, incitement of insurrection.

On Friday, Trump’s impeachment lawyers accused Democrats of waging a campaign of “hatred” against the former president as they wrapped up their defense.

His lawyers vigorously denied that Trump had incited the riot and they played out-of-context video clips showing Democrats, some of them senators now serving as jurors, also telling supporters to “fight,” aiming to establish a parallel with Trump’s overheated rhetoric.

But the presentation blurred the difference between the general encouragement that politicians make to battle for health care or other causes and Trump’s fight against officially accepted national election results, and minimized Trump’s efforts to undermine those results. The defeated president was telling his supporters to fight on after every state had verified its results, after the Electoral College had affirmed them and after nearly every election lawsuit filed by Trump and his allies had been rejected in court.

Democratic senators shook their heads at what many called a false equivalency to their own fiery words. “We weren’t asking them ‘fight like hell’ to overthrow an election,” said Sen. Richard Blumenthal, D-Conn.

Democrats say that Trump was the “inciter in chief” whose monthslong campaign against the election results was rooted in a “big lie” and laid the groundwork for the riot, a violent domestic attack on the Capitol unparalleled in history.

“Get real,” said the lead prosecutor, Rep. Jamie Raskin, D-Md., at one point. “We know that this is what happened.”

The Senate has convened as a court of impeachment for past Presidents Andrew Johnson and Bill Clinton and now twice for Trump. But the unprecedented nature of the case against an out-of-office president has provided Republican senators one of several arguments against conviction.

Republicans maintain the proceedings are unconstitutional, even though the Senate voted at the outset of the trial on this issue and confirmed it has jurisdiction.

Six Republican senators who joined Democrats in voting to take up the case are among those most watched for their votes.

Early signals came Friday during questions for the lawyers.

Sens. Susan Collins, R-Maine and Lisa Murkowski, R-Alaska, asked the first question, Two centrists known for independent streaks, they leaned into a point the prosecutors had made, asking exactly when Trump learned of the breach of the Capitol and what specific actions he took to end the rioting.

Democrats had argued that Trump did nothing as the mob rioted.

Another Republican who voted to launch the trial, Sen. Bill Cassidy of Louisiana, asked about Trump’s tweet criticizing Pence moments after the then-president was told by another senator that Pence had just been evacuated.

Van der Veen responded that at “no point” was the president informed of any danger. Cassidy told reporters later it was not a very good answer.