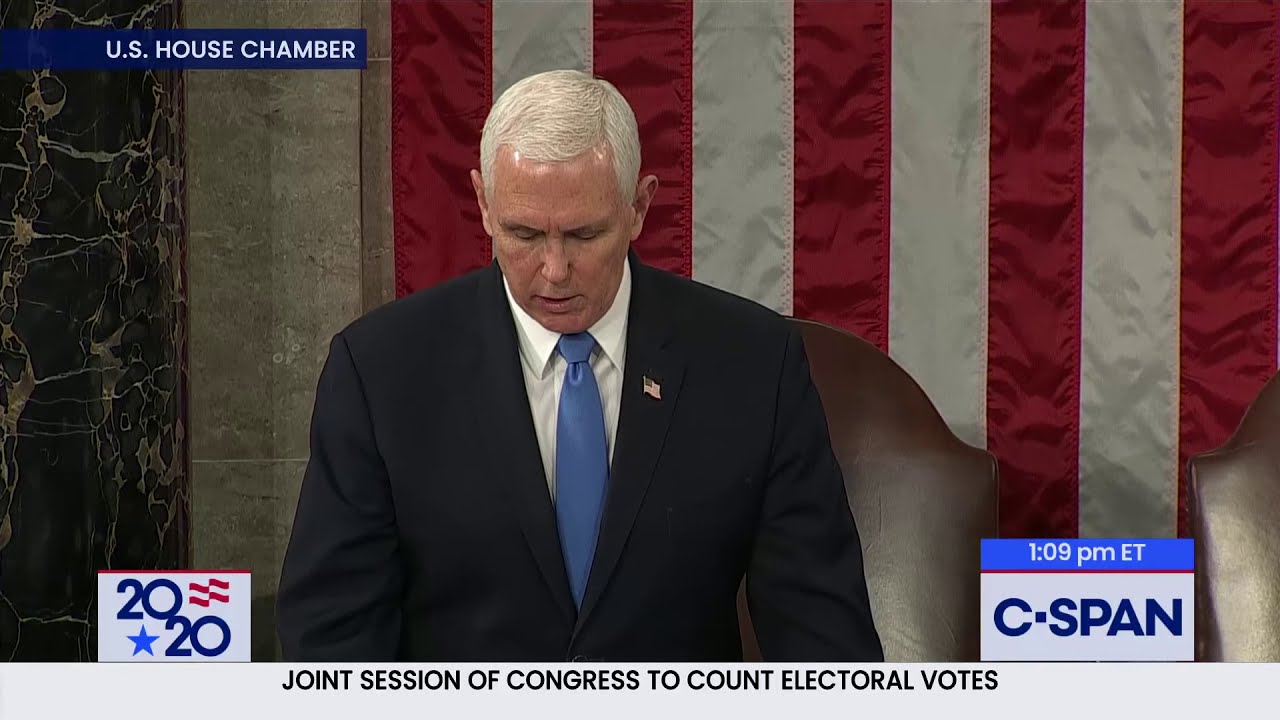 On Wednesday, the latest extraordinary development in an extraordinary election will unfold. In a joint session of Congress designed as a ceremonial affirmation to President-elect Joe Biden's victory, some Republicans — but hardly all of them — are vowing to object to voting results in one or more states. Despite no evidence, they accuse the elections of being fraudulent.

Though their actions — at least outwardly — are designed to aid President Donald Trump's efforts to stay in office, the efforts face near-certain failure even as they carve an even deeper divide in the American public sphere.

Lisa Mascaro, congressional correspondent for The Associated Press, has been covering Congress since 2010 and is waist-deep in the current, extraordinary saga. Here, she breaks down exactly what's going to happen Wednesday — and why it is highly unlikely to change anything related to Biden's impending inauguration.

WHY WON'T IT WORK?

This effort is all but certain to fail. The main reason is that there’s a robust bipartisan majority in both the House and the Senate to accept the results of the election as they’ve been certified by the states. So the challenge that’s being mounted comes from about a dozen Republican senators — I think we’re up to 13 now — and as many as 100 House Republicans. But there are a total of 535 members of Congress (minus a few vacancies). Those are the numbers.

Democrats have the majority in the house. They will almost certainly agree with the results from the states that Biden won the election. Republicans are very split over this effort. Trump’s efforts to challenge the results has splintered the party in ways we have not seen. The votes Wednesday will show that. This really is a time unlike any other in the Capitol.

HOW DID WE GET HERE?

Under the Constitution, the Electoral College is the way the votes are counted. Laws have been enacted to govern this process — and a joint session of Congress is sort of the final confirmation. We don’t have a national election. The states confirm the results and the states determine the electors and then send that tally up to Washington.

So the House and Senate will convene for this session at 1 p.m. — all the lawmakers gathered in the House chamber to confirm the election results. And that’s that Joe Biden won. Even William Barr, Trump's attorney general until last month, has said he found no evidence of fraud on a wide scale that could change the outcome. The outcomes have been repeatedly certified by state officials. That said, a number of Republicans are taking the president’s challenge and splitting the party on this issue.

WHAT HAPPENS WHEN THE JOINT SESSION OF CONGRESS CONVENES?

There are about six states that the Republicans concerned about the elections want to challenge. What’s going to happen is that results from the states will be brought in in envelopes, and Vice President Mike Pence will open them and read the tallies. As he does, any member can object. And some will. But for any challenge to have currency, it has to have a member of the House and a member of the Senate join in writing. Right now, we have only a few senators saying they will join any of this in writing.

One of the first states to be challenged is expected to be Arizona. A number of House Republicans will challenge that. And Ted Cruz, a senator on the Republican side, has said he will challenge it. If there’s a challenge, the proceedings come to a halt. The senators will go back to the Senate and deliberate, and the House members will stay in the house and deliberate. Each will have two hours of deliberation. And then they’ll vote and they’ll come back together and explain their vote. So this is expected to be a very long day.

In the Senate, the Republicans are split. So even though they have a majority, they’re not all part of this group of a dozen or so who are willing to challenge the election. When the lawmakers come back in the joint session, we’ll see that the challenge for Arizona is likely to fail. And we’ll see this over and over through the day — Arizona, Pennsylvania, possibly Georgia, Nevada, Michigan and Wisconsin. The only other state we know for sure there’ll be a challenge in is Pennsylvania. Sen. Josh Hawley has said he’ll challenge it. But the Republican senator from Pennsylvania, Pat Toomey, has said he will not challenge it.

If all these states are challenged, that’s many hours of debate. The leadership is expected to try to make certain there’s an outcome — that they stay until the process is finished, even if that means working through the night and coming back the next day. The leadership is set to make sure this gets finished.

WHAT'S THE PRECEDENT FOR THIS?

Other vice presidents have also had to preside over their own defeats. Vice President Al Gore was presiding over the chamber in 2001 over the disputed 2000 election. He, too, had to sign off on the tally that essentially prevented him from becoming president. Lawmakers have made challenges before, but nothing on the scope we expect to see this time. So we’re in extraordinary, unprecedented times here.