Lillie Belle Allen, 27, was the first casualty of the 1969 York race riots, and she left an impression on the hearts of those around her that has weathered a half-century. York Dispatch

“I’m extremely proud of our journalists and the work they do for the York community,” Editor Patrick DeLany said. “The recognition is well-deserved.”

Among this year’s winners were City Editor Gayle Eubank, who won second place for her editorials about a presidential event, carrying guns at the grocery store and fixing issues at the York County 911 Center. 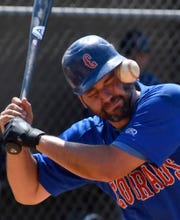 Conrads's Kevin Keesey is hit in the head by a pitch from Kent Walker of Jacobus during game 1 of the best-of-5 Susquehanna League playoff series, Sunday, August 18, 2019. John A. Pavoncello photo (Photo: The York Dispatch)

More: EDITORIAL: No one needs to carry a gun at the grocery

Sports Editor Steve Heiser won first place for Sports/Outdoor Column with pieces about a girls' basketball team with a surprising victory, a tribute to a baseball legend with ties to York County and a profile of a Dover Area High School graduate. 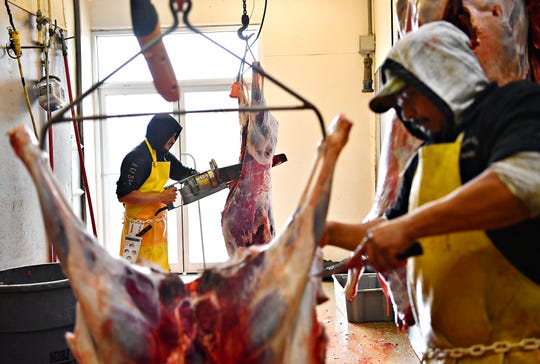 Pavoncello won first place in the Sports Action Photo category for his photo of a baseball game. Kalina also received a first-place win in the Story/Photo Essay category for photographs of York welcoming new U.S. citizens. 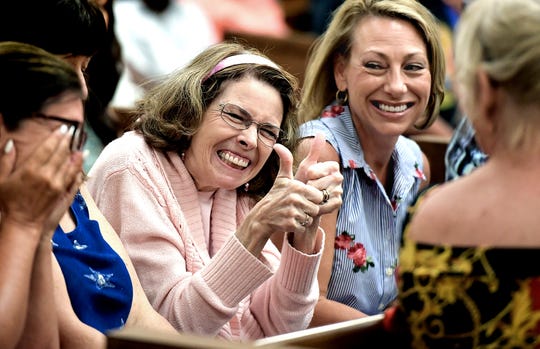 During a U.S. Naturalization ceremony, I was hoping to capture a the emotion and pride during the event. A new citizen was joined by her encouraging supporters. Bill Kalina photo (Photo: Bill Kalina, The York Dispatch)

Sagert won second place for her news video of a food bank seeking donations as it braced for a shutdown.

She also received honorable mentions for a documentary about the family of Lillie Belle Allen on the 50th anniversary of her death during York City's 1969 race riots and a feature photo on deer hunting.

The York County Food Bank is seeking donations as it braces for impact of shutdown on community. York Dispatch

City reporter Logan Hullinger won in the Keystone Diversity category — new last year — for the second year in a row.

This year he received second place for a collection of five stories about York County Prison as a hub for detaining undocumented immigrants, mobilizing the Latino community for the 2020 census, a look at York City race relations 50 years after the city's riots and the city changing its course on tracking racial data.