The United States' leading infectious-disease expert says the US will see "millions of cases" of COVID-19 and more than 100,000 deaths. Wochit

York State Fair is still scheduled to begin in late July, a spokeswoman said Monday, even after several events at the York Expo Center were canceled or postponed because of the coronavirus outbreak.

The annual fair is set to be held July 24 to Aug. 2 for the first time in 2020, following an announcement in 2018 that the event would be moved from fall to summer.

"We’re just going to abide by Gov. Tom Wolf’s requests on social distancing and gathering in large groups, and we’ll take it one step at a time, I think, like everyone is," said fair spokeswoman Brianna Holmes.

All events scheduled after May 10 are set to continue as planned, pending further guidance from the state, Holmes said. 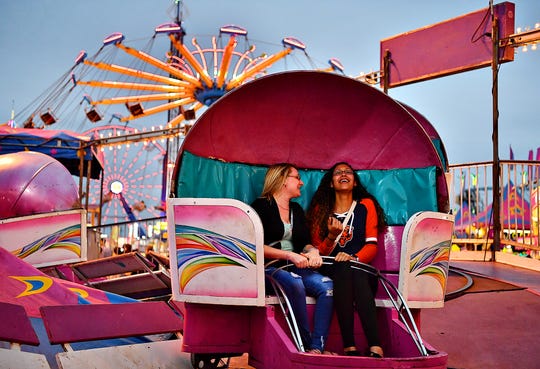 Other events, such as the Eastern Division York Train Show and the Pennsylvania Bus Association Marketplace, were canceled.

Wolf's social distancing orders to refrain from large gatherings and shut down non-life-sustaining businesses remain in effect statewide, and the governor has not announced a targeted end date.

And President Donald Trump announced over the weekend that the federal government's social distancing guidelines would remain in effect until at least April 30.

As of Monday, Pennsylvania had 4,087 cases of COVID-19, and 48 deaths have been attributed to the respiratory illness, according to the state Department of Health.

Editor's note: This story has been updated with the correct number of deaths attributed to COVID-19 statewide. It was 48 deaths as of March 30.