No alcohol allows sober bars to offer things normal bars can't, such as arm wrestling competitions where the loser gets his beard shaved off, Kuehn said. 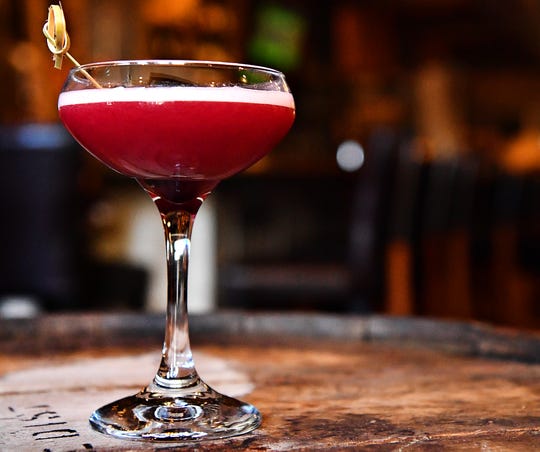 When York City resident Madeline Geiman first started drinking, she didn't realize the hold it would have on her.

"I knew there was history of alcoholism in my family," she said. "Like everyone, I thought I can handle myself."

It got bad — "I was putting whiskey in my coffee and going to work" — she said of her addiction.

Once she quit drinking, she knew she wanted to help others avoid the slippery slope that so many in recovery face — can I be social during nightlife with friends without drinking?

After hammering out a business plan at 3 a.m. one morning, she partnered with York XL founder Salvador Galdamez, who works with up-and-coming businesses to get them off the ground.

Together, they came up with "Non-Toxic," a monthly event series that brings together food, entertainment and top-notch local talent to create inventive, alcohol-free "mocktails." The first event was held Saturday.

It was the first of its kind in York and is planned for every second Saturday of the month to start.

Geiman said they were tossing around witty name ideas when she thought, "What kind of environment do we want to create?" 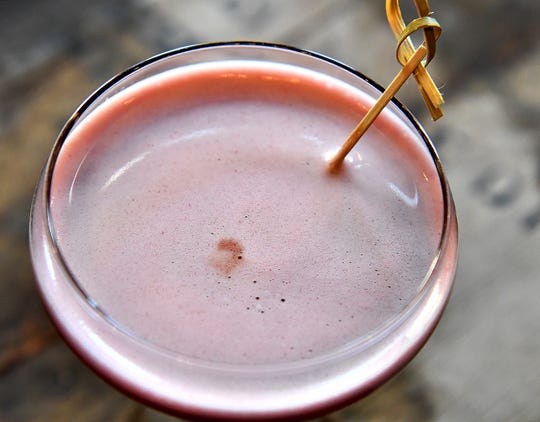 So many want to go to places free of "toxic" people or a toxic atmosphere — with loud music, crowds and drunk people, she said.

"When you’re out in the community, you meet a lot of people," Galdamez said, and after meeting Geiman while doing two garden projects close to her home, they got to talking about a dry hangout space.

"There seems to be a market and a need for it," he said, based on what he's heard from residents. "A lot of people seem to be nibbling at the edges to get this done."

Instead of needing a loan for a building space, they focused on spaces that are typically not used after hours and reached out to the York Emporium, a used book store at 343 W. Market St. in York City.

Owner Jim Lewin said he's been trying to get the name his store out there with non-traditional events — a nod to the store's unique collection.

"It's a diverting place to come," he said, adding that in addition to books, music and movies, he has Star Trek trivia games, buttons from presidential elections and 25 to 30 lava lamps.

Part of York XL's mission is to create communities within neighborhoods, Galdamez said.

And with the Emporium on the edge of downtown, it's likely to draw out more residents who don't always feel welcome in the more central Royal or Continental squares, Lewin said.

Sober bars have popped up across the country for those seeking alternatives to the next-day hangover, with many reporting health benefits.

More: How York XL aims to make York a 'kinder' place to live

Kyle Kuehn, founder of Lancaster-based organization Sober Bars, was working to open a sober bar called Lights Out in 2015, but it has since transformed into an online presence promoting events and sober bars across the country.

"The city becomes a prison after nine at night," said Kuehn, noting that for those in recovery, there's nowhere else to go. 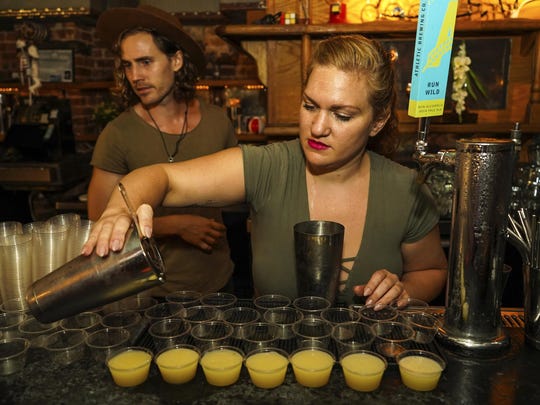 Bartenders Matthew Bray, left, looking on while Crystal Chasse preparing mocktails at Listen Bar in New York. Alcohol-free bars serving elevated mocktails are attracting more young people than ever before. Regular bars and restaurants are cluing into the idea that alcohol-free customers want more than a splash of cranberry with a spritz. The interest is also driven by the wellness movement and higher quality ingredients. (Photo: Sasha Charoensub / The Associated Press)

But there are a variety of reasons people don't drink — including religious or cultural reasons, medications, pregnancy and, lately, a movement toward wellness.

The "sober curious" movement, which has been gaining in popularity, highlights those who want to lessen their drinking but not cut it out entirely.

And because those bars do not offer alcohol, Kuehn said, it allows them to offer things normal bars can't — because it might be dangerous under the influence — such as arm wrestling competitions where the loser gets his beard shaved off.

"A lot of people see it as a place to do less. That mindset will not have success," he said.

Geiman, as many other sober-bar operators have done, offered curated mocktails, because part of the draw of the bar is  finely crafted drinks.

When bartenders she knew in York had made  her mocktails, she would hear her friends say, "I want what she’s drinking! 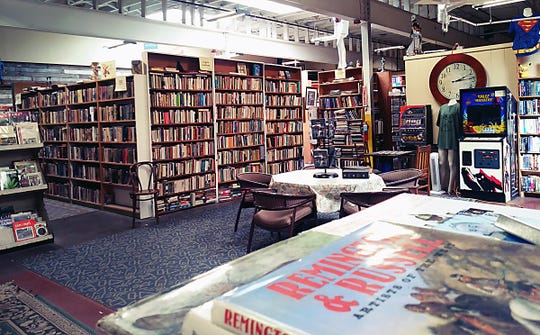 Geiman's event will started off as 21+, a rule many sober bars have adopted, as it created a bar-like atmosphere. But she eventually wants to expand it to 18 and over.