Helena Agri-Enterprises, LLC, has 450 locations nationwide, including a wholesale and retail facility in Shrewsbury borough. 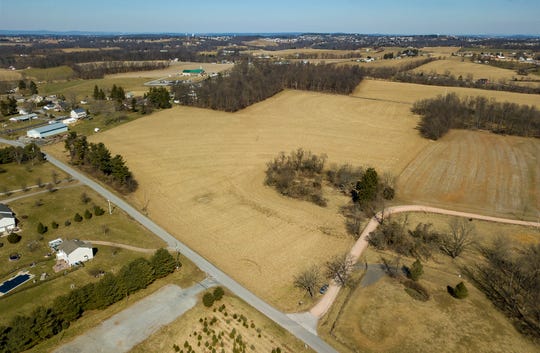 An agrochemical company’s application to rezone about 34 acres of agricultural land into commercial land could shield North Hopewell Township from accusations that it's hostile to commercial development, officials said.

Helena Agri-Enterprises LLC has proposed a 35,000-square-foot warehouse to store liquid fertilizer, herbicides and pesticides on a property in the 4600 block of Deer Road in the northern part of the township.

The Tennessee-based company has 450 locations nationwide, including a wholesale and retail facility in Shrewsbury borough.

“Whether this should be a general commercial property should stand on its own merits and not necessarily be determined by what you think may be the use that goes in there,” said township solictor Victor Neubaum.

The township’s planning commission and board of supervisors gathered Feb. 25 for an informational meeting with the public and Helena representatives.

Pennsylvania courts have ruled in other cases that municipalities with 0.6% to 1.16% of land available for development were considered to have exclusionary zoning, Hovis said.

"Although it's one thing to say, 'We don't want commercial development in our municipality,' there really is an obligation in Pennsylvania to provide a reasonable opportunity for that development," he said.

The 34-acre parcel in the rezoning application abuts the township's other five commercial parcels, Hovis said, so the zoning change would be an expansion of an existing commercial zone, not “spot zoning” in an otherwise agricultural area.

Helena is in talks to buy the property from the Roman Catholic Diocese of Harrisburg.

Richard Doyle, a member of the township’s zoning hearing board, owns property on Dairy Road, one of the roads that borders the site of the proposed agrochemical facility.

Scott Gilliam, a Helena representative, said the facility would likely keep about 300,000 gallons of liquid fertilizer on site but that without running further calculations it would be difficult to say how many gallons of other chemicals would be stored.

“If the place goes up in smoke,” Doyle said, “how many thousand gallons of labeled pesticides and herbicides will catch on fire that you can’t spray water on?”

Doyle said the township should be aware of the risks to the community if the proposed storage plant were to catch fire.

Doyle said he'd recuse himself from any vote on the zoning hearing board dealing with Helena’s application because of his personal interest in the project.

Helena will return to the North Hopewell Township Planning Commission’s March 31 meeting to officially present its application for rezoning.

After that meeting, the township will submit the application to the York County Planning Commission for its review.

The township will likely schedule a public hearing for the May 11 board of supervisors meeting, Neubaum said.