"We have so many veterans working for us, I didn’t necessarily feel like I was special," said Johnson. 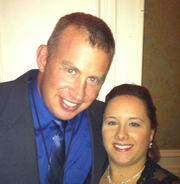 Steve Johnson (left), with wife Heather (right), is district manager of Sheetz locations in the York area. He is being honored for his career success as a veteran on Lifetime's "Military Makeover" at 7:30 a.m. Monday, Dec. 23. (Photo: Submitted)

When Steve Johnson was promoted to district manager of Sheetz in the York region, he never imagined he’d make national TV for the accomplishment.

A veteran of the U.S. Marine Corps., Johnson’s military service led him to a successful career in the popular convenience store chain, and he will be recognized for it on Monday.

"We have so many veterans working for us, I didn’t necessarily feel like I was special," said Johnson, 49, who oversees several York area Sheetz locations.

Lifetime’s “Military Makeover,” which celebrates veterans, is hosted by Emmy-award winner Montel Williams, and in its 20th season the show is turning its eye on companies that help veterans transition to meaningful careers after service. 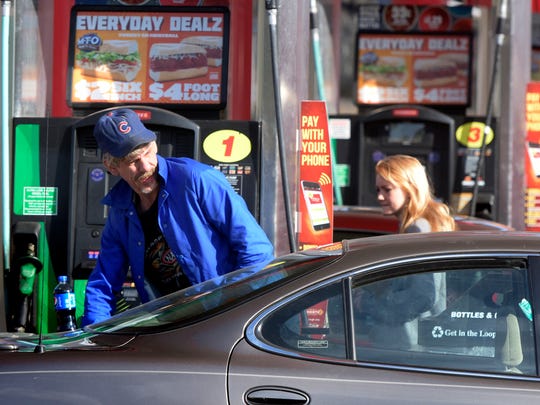 In this file photo, a customers fills up his car at the Sheetz at 1484 Carlisle Ave. Tuesday, Nov. 24, 2015. The Pennsylvania-based chain announced it's spending $15 million to raise employees wages. (Photo: The York Dispatch)

At 7:30 a.m. Monday, Dec. 23, the Manchester Township man will talk about his journey on Lifetime's program, from joining the U.S. Marines in 1988 to where he is today.

Johnson served in active duty for four years — 2½ in Guantanamo Bay, Cuba — as a Spanish linguist before an honorable discharge so he could spend more time with his children.

Johnson and his wife, Heather, now have two adult children, Alex and Tyler, a son Trevor, 17, and daughter Charlotte, who is 9 months old.

“I didn’t really like school very much,” he said, on why he joined the military.

Worried that he might not have the discipline to get through college, Johnson joined the Marines, much to the surprise of his parents at the time.

“Needless to say, that did not go over well,” he joked, but it paid off in the long run, earning him a number of skills that proved indispensable in his career.

“It was the best thing I could have done for myself at the time,” he said, noting that learning hard work, integrity, responsibility and leadership was, in part, why he was eventually hired at Sheetz.

“There were just so many opportunities I saw with Sheetz right out of the gate,” he said.

In 2½ years, he was promoted, and now he oversees more than 10 locations in York County. Johnson is also using the company's tuition reimbursement program to pursue a degree in business administration with a specialty in human resource management.

Sheetz employs a lot of veterans, including Javier Rodriguez, a Manchester Township employee who will also be honored Monday on the Lifetime program with Johnson.

"I don’t plan on ever leaving Sheetz," Johnson said, adding that he plans to also pursue a master's degree and use his education to further his career within the company.

Even after retirement, Johnson said he hopes to still stay plugged in by working part time. It's not just the opportunities but the family-oriented culture and care from the family-owned business owners that's made it a meaningful career for him, he said.

“Knowing that feeling of 'I belong here' is what keeps me here," he said.