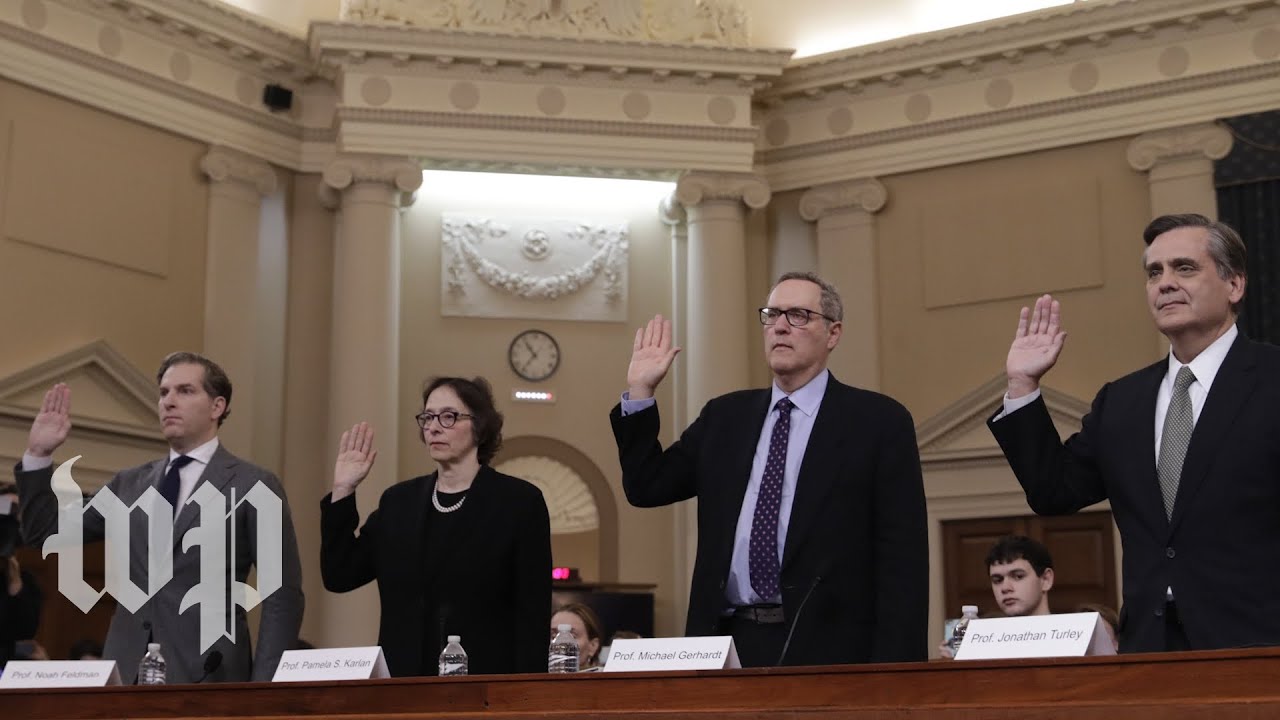 The question is no longer whether to impeach Trump. It’s on what charges – abuse of power or obstruction or both – and the strength of the Democrats’ case that Trump’s pressure on Ukraine was not just improper but impeachable.

Lots of high-minded talk about the Constitution and the nation’s founders is expected. But impeachment is inherently a political act, at no time more than now on the cusp of the 2020 elections.

What to watch when the second phase of the impeachment process opens at 10 a.m. EST.

More:Congress pushes ahead on Trump impeachment with nation split

More:July 25 forecast: Sunny, with cloud of impeachment for Trump

The House intelligence committee on Tuesday voted to send its landmark report on Trump’s conduct to the Judiciary Committee, which will write the articles of impeachment against Trump.

At its heart, the 300-page report produced by Chairman Adam Schiff’s panel lays out the case that Trump misused the power of his office for personal political gain and obstructed Congress by stonewalling the proceedings like no other president in history.

The report does not offer a judgment on whether Trump’s actions stemming from a July 25 phone call with Ukraine rise to the level of “high crimes and misdemeanors” warranting impeachment. The entire House will decide that question as soon as this month.

Look for much discussion about the passage at issue:

“The President, Vice President and all civil Officers of the United States, shall be removed from Office on Impeachment for, and Conviction of, Treason, Bribery, or other high Crimes and Misdemeanors.”

How Nadler’s committee applies those words and ideas to the intelligence committee report will determine the fate of Trump’s presidency.

The pressure’s on the Democrat from Manhattan whose impeachment hearings earlier in the year did little to impress the party’s leaders.

Those events were focused on special counsel Robert Mueller’s report on Russian interference in the 2016 elections. Mueller himself was flat. Former Trump campaign manager Corey Lewandowski refused to answer questions about Russia.

When the Ukraine matter broke, House Speaker Nancy Pelosi gave the leadoff investigation to Schiff, in effect sidelining Nadler for a time. On Wednesday, he’ll try to keep control of his famously combative panel so that a trio of law professors called by Democrats and one by Republicans can speak about impeachment in lofty constitutional and historic terms.

Look for whether Nadler wields that gavel resolutely enough to bat down Republican complaints and points of order that could delay or upend the proceedings.

Nothing to see here except a process that’s been unfair to Trump. That’s the core of the GOP’s case, according to the president’s allies. The facts at issue aren’t being significantly contested.

But on the eve of the hearing, Republicans from Congress to the White House predicted a robust defense of the president. The senior Republican on Nadler’s committee signaled the level of bitterness to be expected.

Watching from the Senate are majority Republicans who would hold a trial if the House approves impeachment articles. None has said they’d vote to convict Trump and remove him from office.

Trump, who is in London attending a NATO summit, called the impeachment effort “unpatriotic.” He has griped about the fact that the Democrats are proceeding while he is overseas and vowed to pay no attention to the proceedings.

But the impeachment drive appears to be very much on his mind. Late Tuesday, he retweeted White House social media director Dan Scavino’s post noting that the president is with other world leaders.

Trump’s lawyers said they would not participate in the Judiciary Committee’s hearing, issuing a long list of complaints about a process they said is unfair.

There’s plenty of expertise on the Judiciary Committee when it comes to the Ukraine report and impeachment in general. That’s in part because several members also sit on the intelligence committee, which generated the report.

They are Democrats Val Demings of Florida and Eric Swalwell of California, and Republicans Jim Jordan of Ohio and John Ratcliffe of Texas.

Also, several members of the panel, including Reps. James Sensenbrenner of Wisconsin and Steve Chabot of Ohio, have been through impeachment before. Both were in Congress during the proceedings against Clinton.

Later in the hearing, look for the new members of Congress on the panel. For some from closely split districts, such as Rep. Lucy McBath of Georgia, making a high-profile splash at an impeachment hearing is a sensitive matter.

For others from safer districts, such as Rep. Veronica Escobar of Texas, it’s less fraught. Watch Escobar for hints of where Pelosi and other leaders want this hearing to go. She was recently named as the freshman liaison to the Democratic leadership.

Across the Democratic caucus, there’s a healthy split over what the articles should say. Some liberals, for example, want the charges to wrap in the Mueller report and its findings that Russia interfered in the 2016 elections. But moderates, especially new members facing tough reelections, have said they want the articles narrowly focused on Ukraine because Trump’s actions are more clearly connected.

At the witness table are three law professors for the Democrats: Noah Feldman of Harvard, Pamela Karlan of Stanford and Michael Gerhardt of the University of North Carolina.