Property owners in West York would see their tax bills jump by 1.5 mills next year if the borough council adopts the proposed 2020 budget.

But compared to what the tax hike could have been, borough manager and treasurer Shawn Mauck said he's happy with the numbers.

"We feel really good about what we’ve done this year to offset spending and bring things back in line where they should be," he said at a meeting Monday, Nov. 18.

The council is scheduled to vote Dec. 2 on whether to finalize and adopt the budget.

The dedicated one-mill tax would be in place for no more than seven years and could be eliminated early if the borough pays off the building before then, Mauck said.

West York's general millage rate is currently 9.5 mills, meaning a homeowner with a property assessed at $100,000 has an annual borough tax bill of $950.

"It doesn’t matter if I’m one of those residents that live on Social Security, and you know, that’s what I live by," she said. "But I know what has to be done, and as much as I don’t like it, I have to do it."

Highway building: The driver of the dedicated one-mill tax is the borough's need for a new Highway Department building.

The structure at 1341 W. Clarke Ave. has a collapsed wall and would need to be demolished and rebuilt for any further use, which the borough originally planned to do for $500,000.

Instead, West York opted to buy another property with an existing structure. 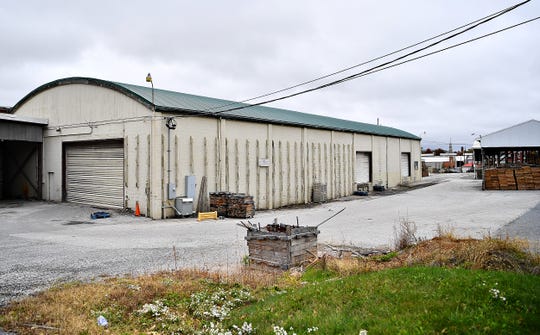 To pay for this, the council approved a $650,000 loan in October, with $45,000 earmarked to pay off a new roof already installed on the fire hall and the remainder of the loan going toward the borough's municipal pension fund obligations.

The dedicated one-mill tax would be used to repay that loan.

Mauck said the borough has options to bring in additional revenue at the West King Street property by adding a new municipal parking lot and selling parking permits to residents, which he said could yield about $2,000 a year.

Another potential revenue source would be to establish a secure impound lot for the West York Borough Police Department, Mauck said.

Instead of sending towed cars to another company, police could impound vehicles at the Highway Department, and vehicle owners would have to pay the borough, instead of a third-party vendor, to get their cars back.

This could yield anywhere from $36,000 to $72,000 a year in additional revenue, based on the number of vehicles towed in the past, Mauck said.

More: Supermarket with Latino focus to open in West York