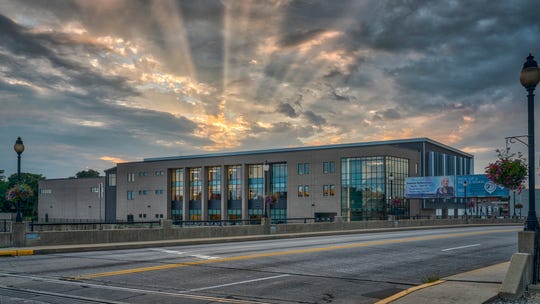 Wagman Construction has been recognized for the design, craftsmanship, safety and attention to detail that went into the York Academy upper school project in York City.

The 2019 Excellence Award was presented by the Associated Builders and Contractors — Keystone Chapter at its Excellence in Construction Awards on Wednesday, Nov. 6.

The 65,000-square-foot, three-story school serving grades eight to 12 of York Academy Regional Charter School opened in 2018 and has features including study lounges, flexible classrooms, a PIAA-compliant gym, a black box theater, a technology center and a student-run cafe.

It was designed by Warehaus, which partnered with York City-based Wagman and Moore Engineering on the project, and won in the category of institutional projects between $10 million and $25 million.