York County residents and adventurous explorers from across central Pennsylvania gathered in the upstairs bar of Tutoni's Restaurant, illuminated by hanging Mason jar lights, to learn how to make cocktails on Saturday.

York County residents and adventurous explorers from across central Pennsylvania gathered in the upstairs bar of Tutoni's Restaurant, illuminated by hanging Mason jar lights, to learn how to make cocktails on Saturday.

For three years — ever since Tutoni's got its liquor license — the restaurant has been catering to patrons looking to expand their knowledge of the craft. 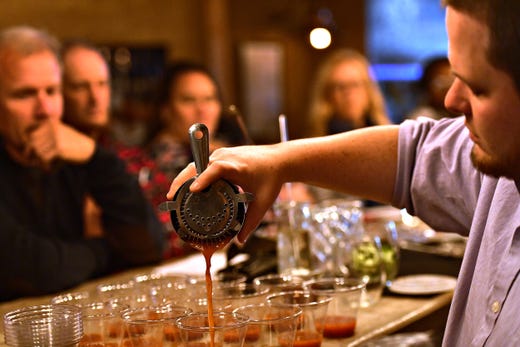 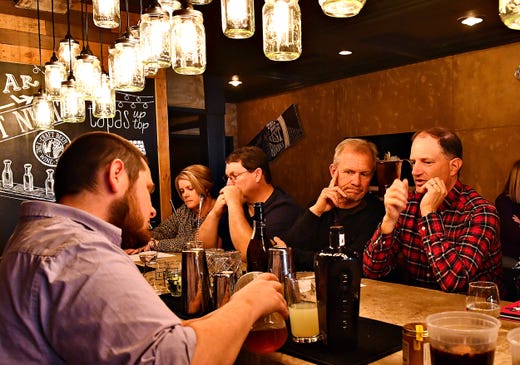 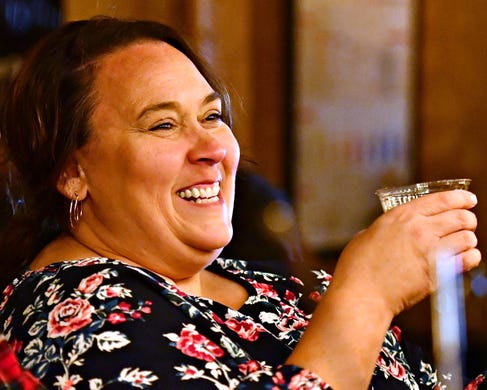 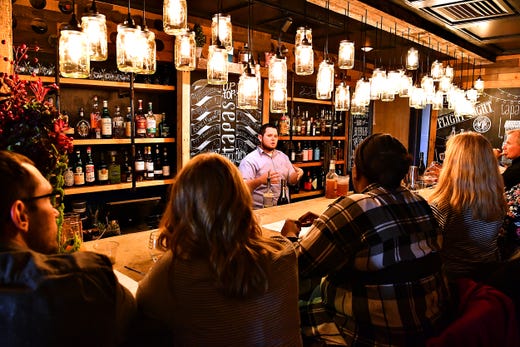 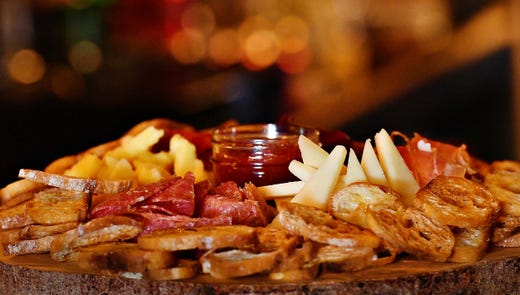 Charcuterie to be offered to participants during a cocktail class at Tutoni's Restaurant in York City, Saturday, Nov. 9, 2019. Dawn J. Sagert photo The York Dispatch
Fullscreen 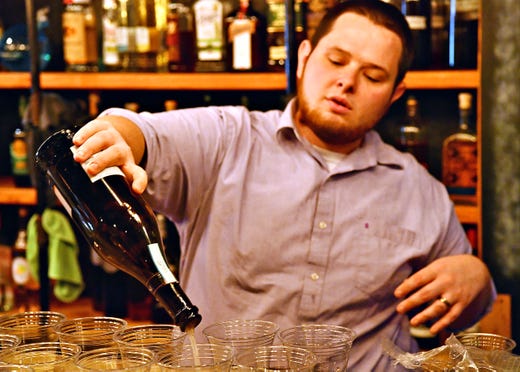 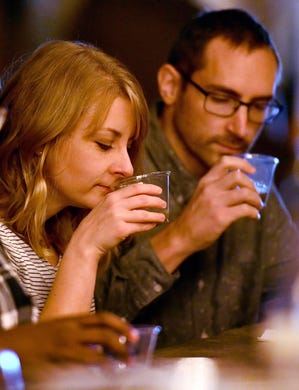 Stephanie and Matt Edwards, of Lower Windsor Township, first take in the aroma of their cocktails during a class taught by Mixologist Jacob Dopp, at Tutoni's Restaurant in York City, Saturday, Nov. 9, 2019. Dawn J. Sagert photo The York Dispatch
Fullscreen 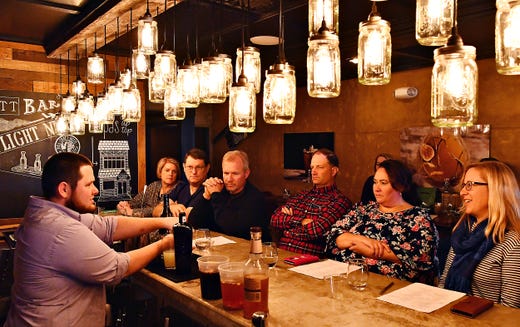 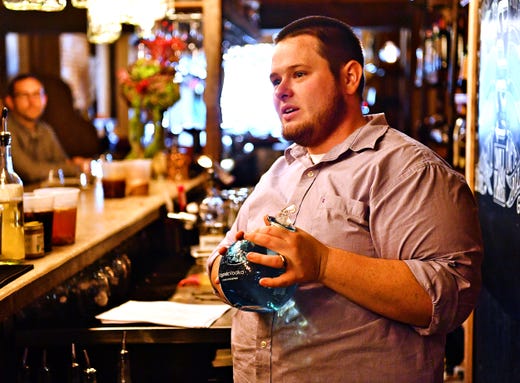 Jacob Dopp, regional manager of O.N.E. Hospitality Group, which owns a number of restaurants and food-related ventures downtown in addition to Tutoni's — its first project — taught the class using his own special recipes.

The 13 participants on Saturday, Nov. 9, included some first-timers and some returning fans of Tutoni's classes, both locals and out-of-towners from as far as Lancaster and Reading. 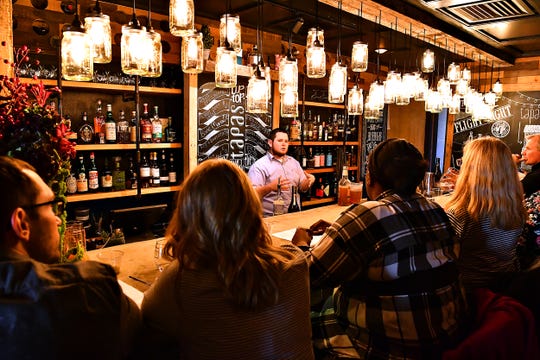 Brunch: Dopp said he picks a theme for each class he teaches, and this time it was brunch cocktails.

He pulled out five containers with ingredients for two different Bloody Mary mixes — a classic red and a Verde Bloody Maria made from tomatillos.

His spice mixture featured toasted seeds, which create a different flavor profile than plants, he said. The ingredient was ground roughly with a mortar and pestle to leave a little bit of texture and mixed with dried spices and herbs.

"It's absolutely fantastic on instant ramen — just as a fun fact," Dopp said.

In the class, he explained not only how to make the cocktails but more about their ingredients. Tomatillos, for example, are a little more tart this time of year, he said, so it's important to capture the sugary liquid they ooze when roasted to offset that acidity.

After everyone did the taste test, the verdict was good — with one or two who didn't even like Bloody Marys leaving pleasantly surprised. 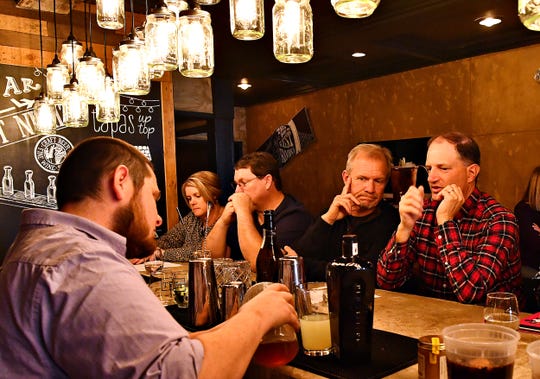 "I would drink that for sure," said Scott Lussier, who came with his wife, Donna, from Lancaster to take the class with their friends John and Ellen Bowman, from Manchester Township.

Ellen Bowman noted that the verde cocktail was spicy but not too overwhelming, and Dopp agreed, adding, "It fills your entire palette instead of burning your face off!"

Off-book: Dopp warned that he tends to go off-book during his lessons, sharing tidbits and tricks of the trade.

He did that when talking about the bell pepper-infused Ocean vodka used for the drinks, which was distilled from sugar cane in Hawaii. Blended with mineral water drawn from 2,000 feet under the ocean floor, it tastes like vodka but has the heartier texture of gin. The process leaves a lot of potassium and calcium in vodka, which accentuates and brings out different flavors, he explained.

He also shared about its infusion process — a new technique the restaurant is trying — that brings down the infusion time from 48 hours to three.

The group also learned how to make a mimosa, French 75, caipirinha, bacon old fashioned, ginger/cucumber smash and a ginger cordial in the two-hour class.

The next cocktail class will be in about two months, Dopp said, adding the restaurant also offers wine and pasta classes.