A 45-year-old man fell about 25 feet out of the Giant Wheel gondola he was riding in when the gondola jammed on one side. 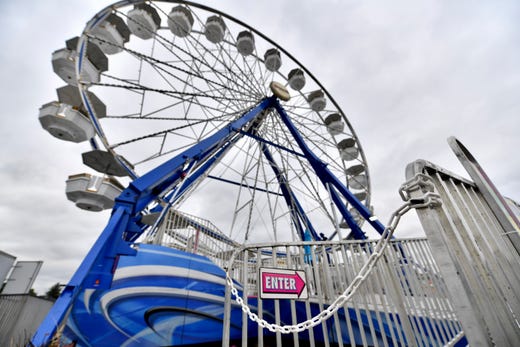 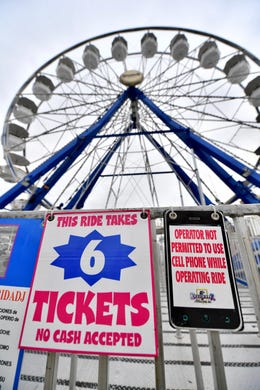 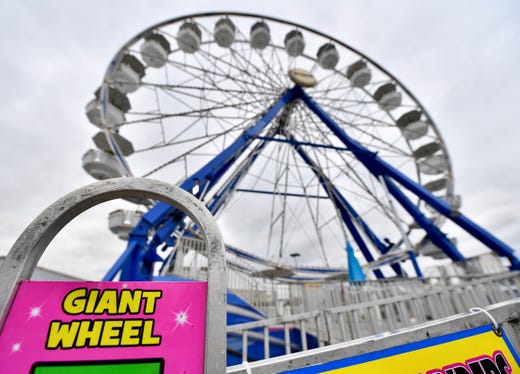 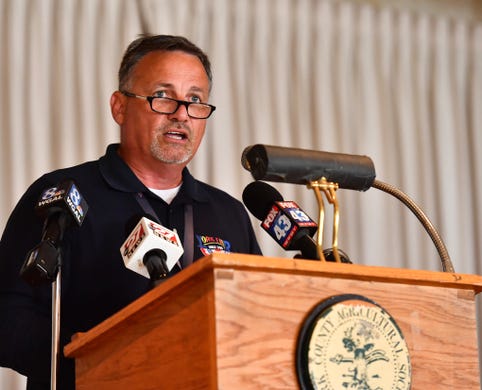 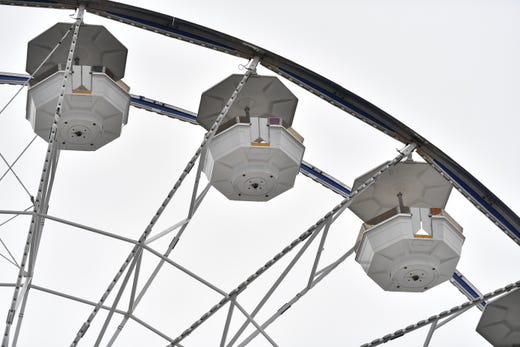 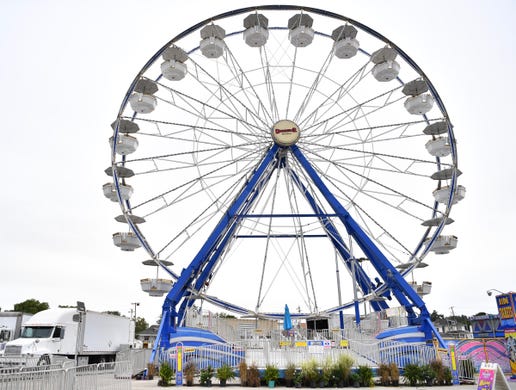 The Giant Wheel ride is seen Saturday, Sept. 14, at the York Fair. Two people were injured on the ride the night before. Dawn J. Sagert photo The York Fair
Fullscreen 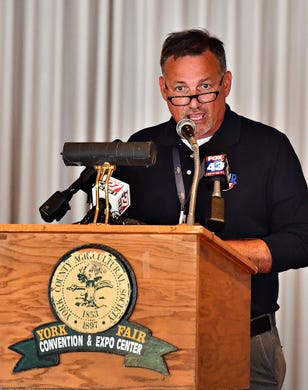 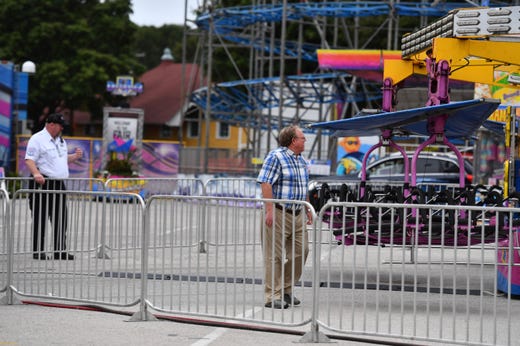 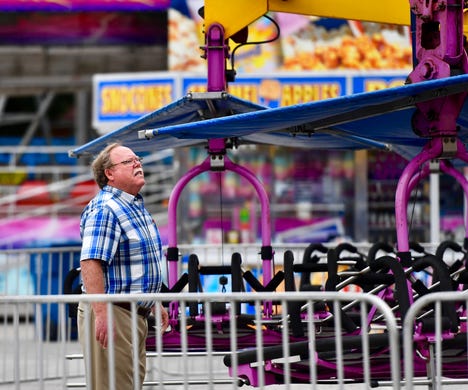 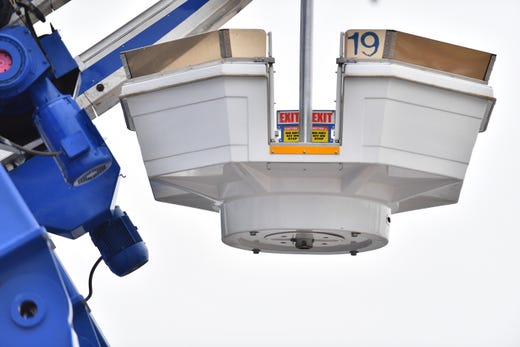 Moments before a man fell out of the Giant Wheel ride at the York Fair last month, a faulty pin caused a metal rod to come loose, according to a report released Wednesday by the state Department of Agriculture.

Two unidentified patrons, a 45-year-old man and a 48-year-old woman, as well as a ride operator were injured in the Sept. 13 incident. The man fell about 25 feet to the ground and landed on the asphalt near the ride, officials said.

All three were taken to the hospital for treatment and evaluation.

The state report speaks for itself, said Michael A. Kiniry, attorney for the York Fair, in a statement Thursday.

Kiniry said the safety and well-being of guests is of utmost concern to the York Fair organizers.

"The York Fair will continue to work with the Department of Agriculture with regard to this incident and any follow up actions taken by the Department to improve ride safety," he said. "Our thoughts and prayers continue to be with the injured fair guests, and we wish them a speedy recovery."

The Giant Wheel, which is a version of a Ferris wheel, has several gondolas that carry patrons in a circle as the wheel rotates.

The gondolas are designed to swing and remain upright as the wheel rotates, but when the metal rod came loose, the gondola jammed and began to rotate with the wheel, ending up at a 90-degree angle, according to the report.

The ride operator was injured while trying to return the gondola to the correct position, and the woman passenger may have been thrown to the floor of the gondola after it was returned upright, according to the report.

The man was not identified.

At some point prior to the accident, a small pin connecting the rod to the gondola had either fallen out or been removed, officials said.

The missing pin was not recovered at the scene, but investigators removed a faulty pin from a second gondola on the wheel.

Unclear instructions: The Giant Wheel that was at the York Fair is owned by Degeller Attractions Inc. and was manufactured by Chance Manufacturing.

In its investigation, the agriculture department inspected five other Giant Wheel rides registered in Pennsylvania. They found that among the different Giant Wheel rides, the small pins used to connect the metal rods to the gondolas were not uniformly installed, and on the particular Giant Wheel at the York Fair, the pins were not all the same size.

Ride operators told investigators that before the accident occurred, they heard a loud noise coming from the wheel and tried to stop the ride after seeing the gondola stuck at a 90-degree angle.

Patrons who were on the ride told investigators they tried to yell to the ride operators after seeing the loose metal rod, but a loud power generator operating nearby prevented the operators from hearing them.

The ride had been inspected prior to the accident.