Police are searching for a suspect in connection to a shooting Tuesday in the 200 block of Kurtz Avenue, according to officials. 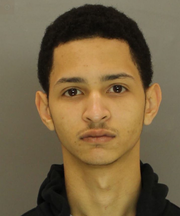 Police searched the area surrounding William Penn Senior High School on Wednesday in pursuit of a man they believe is responsible for a shooting that occurred the day before.

Perez, of York City, faces charges of attempted criminal homicide, aggravated assault and possession of a prohibited firearm, according to court documents, York City Police stated Wednesday in a news release. All of the charges are felonies.

Police received a tip Wednesday that Perez was sighted in the area of the school, 101 W. College Ave. Perez remained at large as of 2:30 p.m. Wednesday afternoon.

The 28-year-old woman who was shot suffered injuries to her legs, which caused a fracture to her femur. She was transported to York Hospital and is in stable condition.

The woman told police she was walking west on Kurtz Avenue when she heard an individual behind her say, "There she goes," according to charging documents. 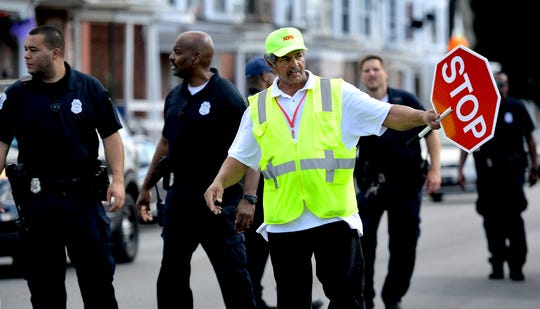 A crossing guard works surrounded by York City Police near McKinley K-8 after a shooting occurred in the 200 block of Kurtz Avenue about 2:15 p.m. Tuesday, Sept. 24, 2019. A female shooting victim was taken by ambulance to York Hospital. The school was placed on lockdown while police investigated. Bill Kalina photo (Photo: Bill Kalina, The York Dispatch)

The individual then walked in front of her, pulled out a firearm and began shooting, according to police.

She recognized the individual as "J-Dollar," whom police later identified as Perez.

On Tuesday, four schools were placed on a shelter in place order as a safety precaution, after a school officer at McKinley K-8, located at 600 Manor St., heard gunshots in the area, according to York City School District officials.

Goodridge K-8, Jackson K-8, McKinley and William Penn were all ordered to shelter in place, according to district officials.

The shelter in place protocol at all four schools was lifted before the school day ended and lasted for about an hour, district officials said.

In 2017, Perez was sentenced to 303 days in York County Prison for a felony charge of drug possession with intent to deliver and five years' probation for a misdemeanor charge of carrying a firearm by a minor.