A Conewago Township cemetery whose former owners defrauded more than 200 customers is now under new ownership, according to county property records. 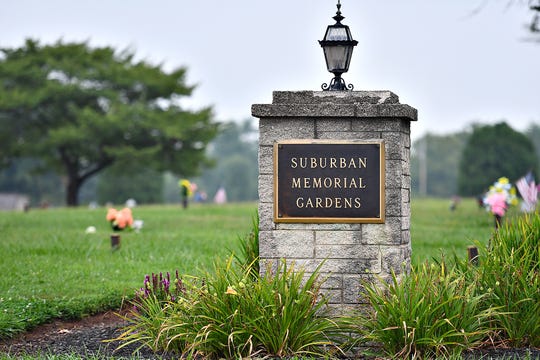 A Conewago Township cemetery whose former owners defrauded more than 200 customers is now under new ownership, according to county property records.

Those records state Richard L. Miller II, of York City, purchased the property where Suburban Memorial Gardens sits, 3875 Bull Road, in May for $500.

The cemetery's previous owners, Theodore and Arminda Martin, took nearly $500,000 from their customers but did not fulfill their orders. They had owned the property since 2003.

Records state the York County Tax Claim Bureau sold the property to Miller as part of a repository sale on May 9. 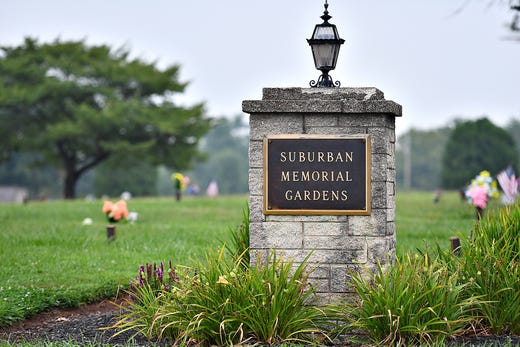 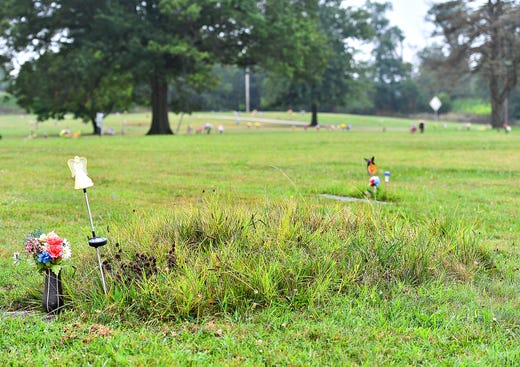 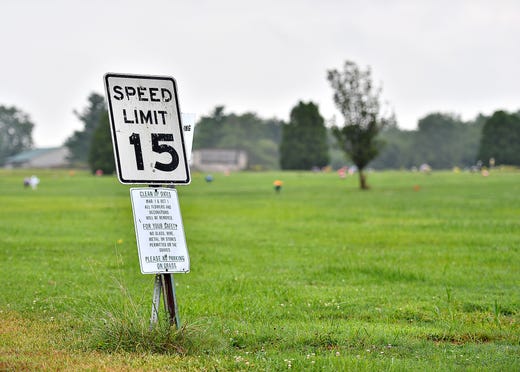 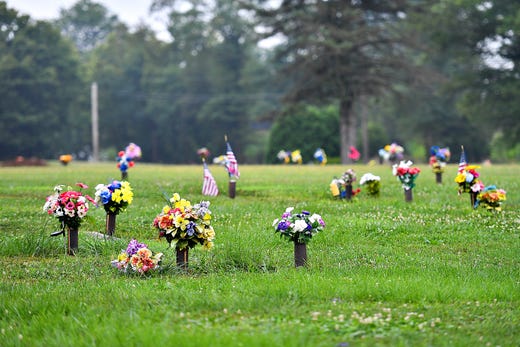 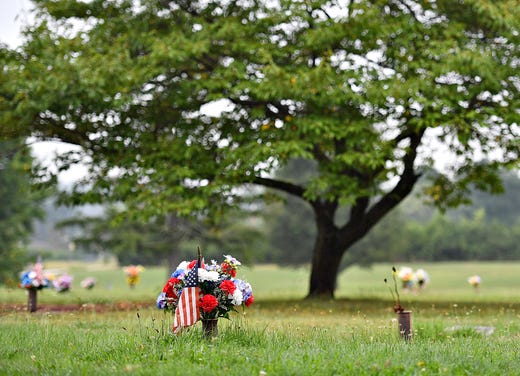 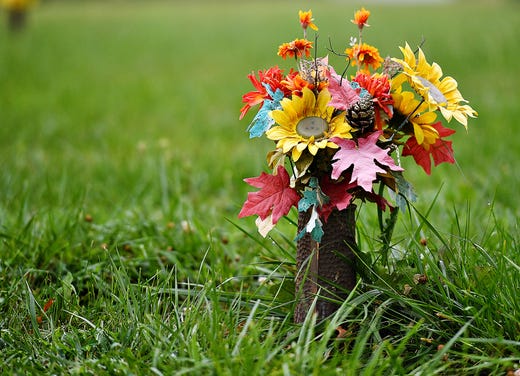 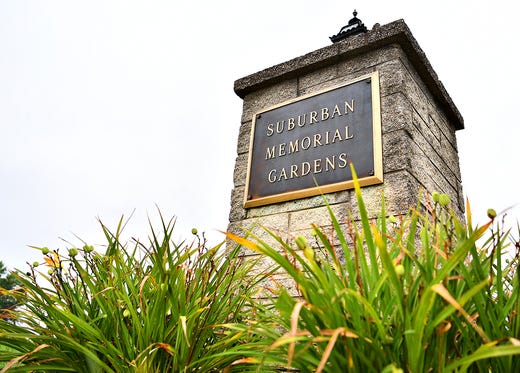 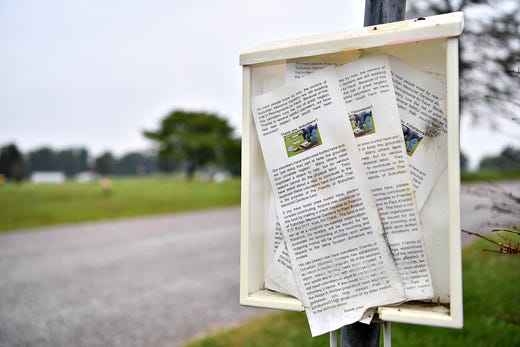 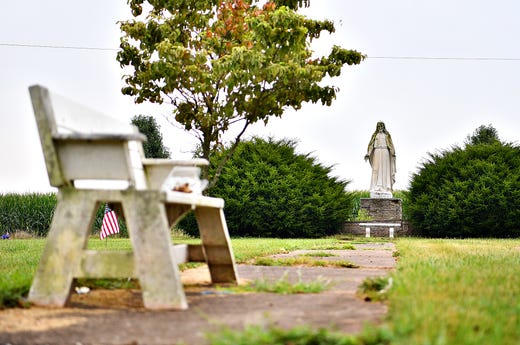 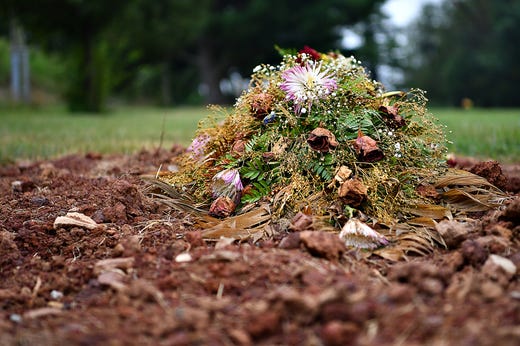 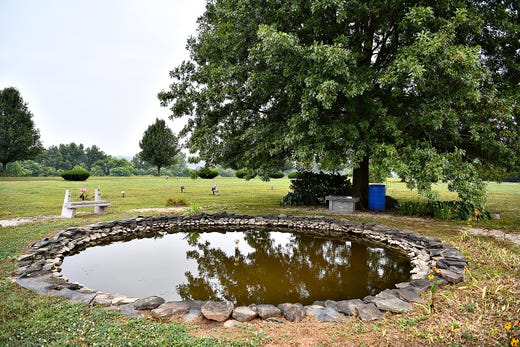 Properties sold in a repository sale are ones that are at least two years behind on property taxes, according to York County's website.

The minimum bid for a repository sale is $500 per parcel, the website states.

Future: It is unclear what the future of the cemetery holds. Attempts to reach Miller for comment by the afternoon of Wednesday, Aug. 14, were unsuccessful.

Lou Ann Bostic, Conewago Township's manager, told The York Dispatch she did not know what was happening with the cemetery.

Dawn Clark, spokeswoman for the U.S. Attorney's Office, which is handling the Martins' case in federal court, said the office would not be commenting on the matter until the two have been sentenced.

The Martins pleaded guilty in May. No sentencing date has been scheduled for either.

In the few years the couple have been imprisoned, loved ones of those buried have been taking care of the cemetery when they can.

Bob Rambo, whose son is buried at the cemetery, said he didn't know the property is under new ownership.

He said the group of volunteers has been taking care of the place, which has been the case for a while now.

“The place looks incredible," he said.

Rambo, of Yorkana, said he's hopeful something good comes from the new ownership.

“I’m glad to hear something is progressing," he said.

State Rep. Keith Gillespie, R-Hellam Township, whose office had been receiving calls from the Martins' victims for years, said he also didn't know what was happening with the cemetery.

He said he is going to do what he can to track Miller down, to find out if Miller assumed liability for the cemetery.

“I hope that the guy is going to run a business as it should," he said.

Background: Theodore Martin, 55, and Arminda Martin, 48, pleaded guilty to ripping off at least 223 Suburban Memorial Gardens customers out of at least $493,000 since about 2010.

The two accepted payment from the customers for burial services, plots, vaults, caskets and grave markers but never fulfilled the purchases.

The two were indicted by the U.S. Attorney's Office in April 2018. Initially they were charged locally by Northern York County Regional Police, but those charges were withdrawn once the Department of Veterans Affairs Office of the Inspector General took over the case.

At the time, Northern York County Regional Police said the VA became involved because some of the alleged victims were veterans.

It was nearly two years before federal charges were filed.

Their prison sentences were for thefts related to two  other cemeteries they owned in Ohio, according to officials.