WASHINGTON – Former Trump-Russia special counsel Robert Mueller finally faces congressional interrogators on Wednesday, testifying in televised hearings that Democrats hope will weaken President Donald Trump’s reelection prospects in ways that Mueller’s book-length report did not. Republicans are ready to defend Trump and turn their fire on Mueller and his team instead. 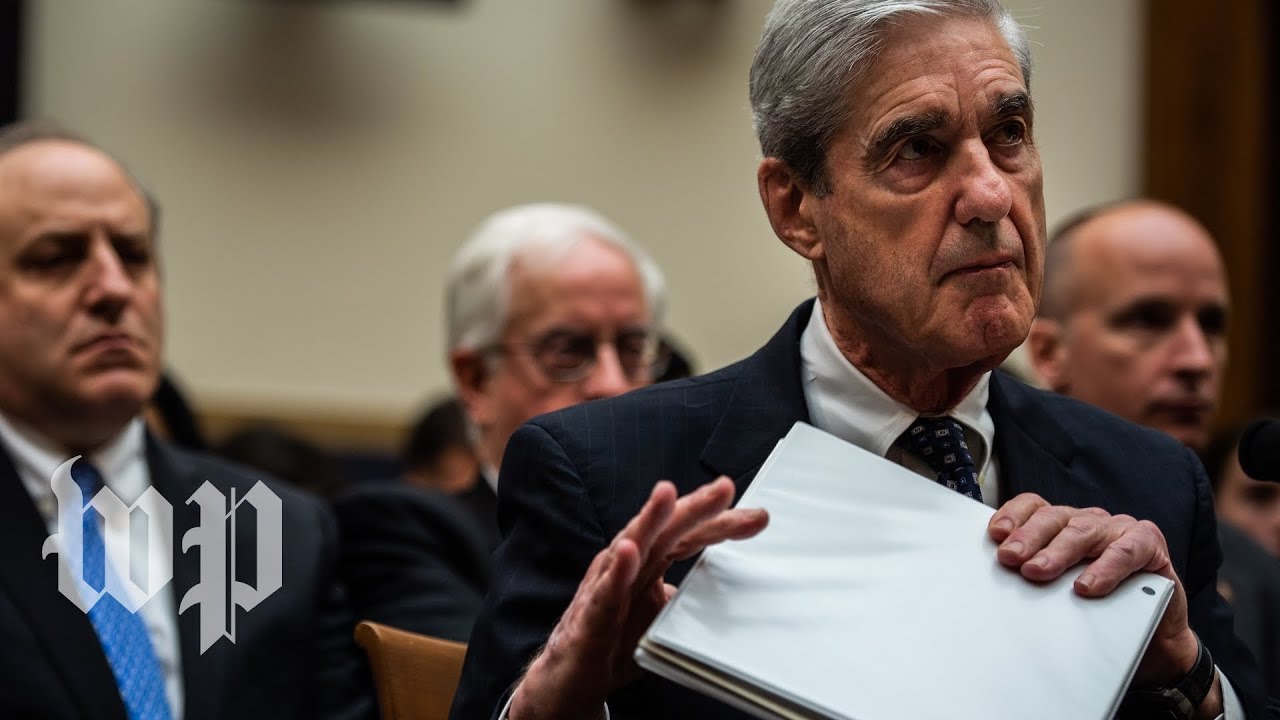 The back-to-back Capitol Hill appearances, Mueller’s first since wrapping his two-year Russia probe last spring, carry the extraordinary spectacle of a prosecutor discussing in public a criminal investigation he conducted into a sitting U.S. president. The hearings come at a moment of deep divisions in Congress and the country, and they raise serious questions about whether Mueller will change anyone’s hardened opinions about impeachment and the future of Trump’s presidency.

Mueller, known for his taciturn nature, has warned that he will not stray beyond what’s already been revealed in his report. And the Justice Department has instructed Mueller to stay strictly within those parameters, giving him a formal directive to point to if he faces questions he does not want to answer.

On Tuesday, Democrats on the House judiciary and intelligence committees granted his request to have his top aide in the investigation, Aaron Zebley, sit at the table with him. Zebley is not expected to be sworn in for questioning by the judiciary panel. But he will be able to answer questions before the intelligence committee, where, a committee aide said, he will be sworn in. The aide was not authorized to discuss the hearing preparations publicly and requested anonymity.

Trump lashed out early Wednesday ahead of the hearing, saying on Twitter that “Democrats and others” are trying to fabricate a crime and pin it on “a very innocent President.”

“Why didn’t Robert Mueller investigate the investigators?” Trump said in his tweet.

Trump has made Mueller a regular target of attack over the past two years in an attempt to undermine his credibility and portray him as biased and compromised.

Over the last week, Trump began to frequently ask confidants how he thought the hearing would go, and while he expressed no worry that Mueller would reveal anything damaging, he was irritated that the former special counsel was being given the national stage, according to two Republicans close to the White House. They were not authorized to speak publicly about private conversations.

Long aware of the power of televised images, Trump seethed to one adviser that he was annoyed Democrats would be given a tool to ramp up their investigations – and that the cable news networks would now have new footage of Mueller to play endlessly on loop in an effort to embarrass the White House.

Mueller’s approach to testifying may well deny Democrats the made-by-TV moments they want to rally their base. But Republicans, too, are likely to be left without their sought-after confirmation that the Russia investigation was a politically tainted waste of time.

Trump this week feigned indifference to Mueller’s testimony , telling reporters in the Oval Office on Monday, “I’m not going to be watching – probably – maybe I’ll see a little bit of it.”

The president has a light schedule when Mueller begins speaking Wednesday morning, then heads to West Virginia for evening fundraisers. The TVs aboard Air Force One are likely to be tuned to coverage of the hearings, and the president is expected to watch or be briefed on most of the proceedings, according to four administration officials and Republicans close to the White House. They spoke on the condition of anonymity because they were not authorized to discuss internal plans.

Yet the former special counsel need not say much to have his own quiet impact: His mere appearance will give voice to the 448-page legal thicket known as the Mueller report. His testimony, however sparse, will convert from dense paragraphs into plain English a document many in America have yet to wade through.

Mueller may create a powerful impression simply by confirming without hesitation some damning details from his report. A former FBI director who spent 12 years parrying questions from lawmakers at oversight hearings, and decades before that as a prosecutor who asked questions of his own, Mueller is unlikely to be goaded into saying anything he doesn’t want to say.

In fact, he had to be subpoenaed to show up in the first place.

Wednesday’s first hearing before the Judiciary Committee will focus on whether the president illegally obstructed justice by attempting to seize control of Mueller’s investigation.

The special counsel examined nearly a dozen episodes , including Trump’s firing of FBI Director James Comey and his efforts to have Mueller himself removed. Mueller in his report ultimately declined to state whether the president broke the law, saying such a judgment would be unfair in light of Justice Department legal opinions that bar the indictment of a sitting president.

The afternoon hearing before the House intelligence committee will dive into ties between the Trump campaign and the Kremlin.

On that question, Mueller’s report documented a trail of contacts between Russians and Trump associates – including a Trump Tower meeting at which the president’s eldest son expected to receive dirt on Democrat Hillary Clinton – but the special counsel found insufficient evidence of a criminal conspiracy aiming to tip the 2016 election.

Like most Russia-related hearings before Congress, this one is likely to divide sharply along partisan lines.

Democrats are angling to draw Mueller out on some of the most incendiary findings of the report, including Trump’s repeated attempts to choke off the investigation.

Even if the testimony won’t inspire impeachment demands – House Speaker Nancy Pelosi has made clear she will not pursue impeachment, for now – Democrats hope Mueller can unambiguously spell out questionable, norm-shattering actions by the president.

Republicans, by contrast, are likely to confront Mueller on the origins of the FBI’s Russia probe and whether opposition to the Trump campaign drove the early days of the investigation.

They’ll ask about a dossier of opposition research compiled by a former British spy that was funded by Democrats and cited by the Justice Department in its application for a secret surveillance warrant on a former Trump campaign associate.

They’ll also press Mueller on Peter Strzok, the former FBI counterintelligence agent who badmouthed Trump over text message even as he was helping lead an investigation into the campaign. Mueller fired him once the texts were discovered two years ago, but Strzok has remained a talking point for Trump in trying to discredit Mueller’s work.

Mueller also is likely to be asked about his own tensions with Attorney General William Barr over how the report was handled and how its findings were communicated to the public.

Mueller complained privately to Barr in March that the attorney general’s four-page letter summarizing the main findings of his report “did not fully capture the context, nature and substance of this office’s work and conclusions.” Barr, in turn, has called Mueller’s note “a bit snitty.”

Mueller has made clear he didn’t think it was appropriate to make a determination one way or the other about whether the president had committed a crime. He has rejected Barr’s assessment that the evidence couldn’t satisfy an obstruction of justice allegation, noting both in his report – and, again, in a public statement from the Justice Department podium – that if he had confidence the president had not committed a crime, he would have said so.

Barr had no such hesitation and said Mueller shouldn’t have started investigating the president if he wasn’t prepared to reach a conclusion.