We could experience all types of weather today. The temperature ranges from the low 70s to the low 90s, and with around 80 percent humidity, both the sun and thunderstorms are scattered throughout the day. 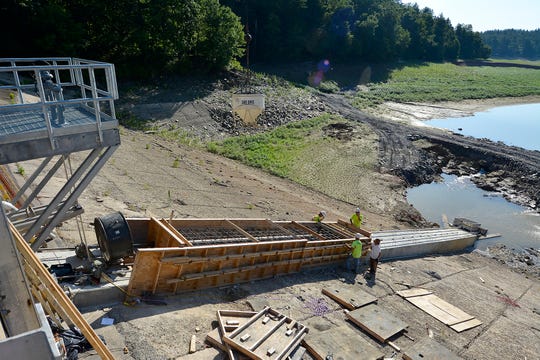 We could experience all types of weather today. The temperature ranges from the low 70s to the low 90s, and with around 80 percent humidity, both the sun and thunderstorms are scattered throughout the day. But once nightfall comes, it should be clear and comfortable outside.

What do I need-to-know?

York County has bad and possibly dangerous air equality today. Young children, the elderly and those with respiratory problems are especially at risk.

Ten more Democratic candidates faced off Thursday night who're said to be the "strongest competitors." What do you think?

A 33-year-old Jackson Township woman was sentenced to at least 15 years in prison on Thursday for killing her 3-year-old daughter in 2016.

Penn State football got its sixth commitment since Friday.

Here's an update on the U.S. economy — in short, it was growing but not anymore.

Be prepared for a trash pick up delay in York City next week.

The House voted for $4.6 million to go towards refugees being held at the southern border on Thursday.

A mobility scooter was stolen from a 70-year-old man in Manchester Township, and the police are asking for your help.

Statistics show the average life of cars has increased in recent years - find out why.

If you saw the movie "Hereditary" last year, you should check out the director's new film "Midsommar."

York County's Lake Williams is done with construction and now is waiting to be rejuvenated.

Will York County become a hot spot for the film industry? Some say yes.