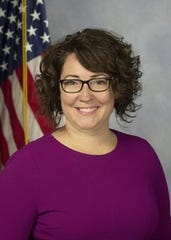 HARRISBURG – A Pennsylvania state lawmaker who opposes a natural gas liquids pipeline project in her neighborhood says she meant no harm when she said “nazis were just doing their jobs too” in response to complaints that protesters were preventing pipeline workers from doing their jobs.

Democratic Rep. Danielle Friel Otten of Chester County contended Wednesday that she never called the workers “Nazis” and accused oil-and-gas industry consultants of stirring up outrage. She says the fight isn’t with the workers.

Friel’s Saturday comment on Twitter responded to complaints by a pro-pipeline organization that pipeline opponents were blocking worksites.

Criticizing Friel’s words are a top Democratic lawmaker, the head of Steamfitters Local 420, the Anti-Defamation League’s Philadelphia-area chapter and the Jewish Federation of Greater Philadelphia.