Bill Cosby has agreed to settle lawsuits filed by seven women who say he defamed them when he accused them of lying about sexual misconduct allegations. 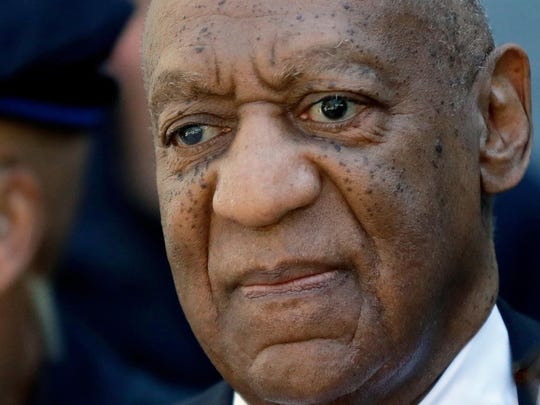 FILE - In this April 26, 2018 file photo, actor and comedian Bill Cosby departs the courthouse after he was found guilty in his sexual assault retrial, at the Montgomery County Courthouse in Norristown, Pa. Cosbyâs lawyers will fight a prosecution bid to have other accusers testify at his sentencing this month on felony sex assault charges. Prosecutors in Pennsylvania want at least some of Cosbyâs dozens of other accusers to testify at the Sept. 24 sentencing. (AP Photo/Matt Slocum, File) (Photo: Matt Slocum / AP)

Bill Cosby has agreed to settle lawsuits filed by seven women who say he defamed them when he accused them of lying about sexual misconduct allegations.

Filings Friday in federal court in Springfield, Massachusetts, show the two sides have negotiated a settlement since Cosby went to prison last fall in a separate Pennsylvania sex assault case. The 81-year-old comedian is serving a three- to 10-year prison sentence there.

The federal judge overseeing the defamation case in Massachusetts must still approve the settlement. The terms are confidential.

It’s not yet clear whether Cosby will now drop his counterclaims against the seven women. One of them recently died.

They are among the dozens of women who have accused Cosby of sexual misconduct. He has denied their allegations and is appealing his Pennsylvania conviction.