With 96 operating nuclear plants in the U.S. and hundreds internationally, it’s far from lonely out there, said Judge Kennedy.

To safely operate, nuclear plants need to rely on the experience of other plants as well as their own — the same as when people learn from each other’s experiences, said Diane Curran.

“How many friends do you need to not be lonely?” countered Judge Michael Kennedy.

With 96 operating nuclear plants in the U.S. and hundreds internationally, it’s far from lonely out there, he said.

Curran, an attorney from D.C.-based law firm Harmon Curran, represented anti-nuclear activist organization Beyond Nuclear at a Wednesday, March 27, hearing before the U.S. Atomic Safety and Licensing Board in Rockville, Maryland.

Exelon Generation is applying for a second license renewal for two of its Peach Bottom Atomic Power Station reactors — an extension from 60 to 80 years.

The company is seeking the extension while also supporting state subsidies through inclusion in the Alternative Energy Portfolio Standards Act — a possibility via a current Pennsylvania House bill under consideration.

If the state legislation fails to pass, the power generator would close its Three Mile Island Unit 1 reactor, which is scheduled to decommission in September without help. 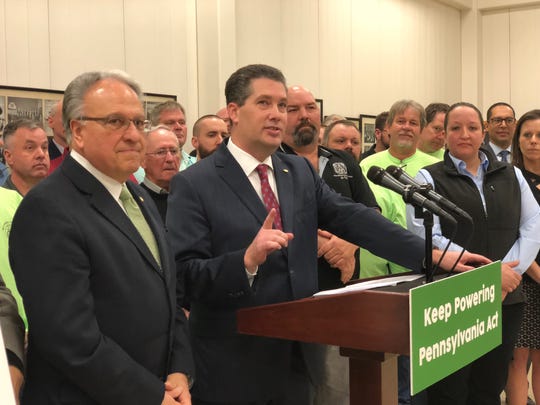 Beyond Nuclear claims the company has not provided evidence that future operations with aging equipment will be safe.

One of the group's key contentions is whether systems intended to manage wear and tear will be sufficient without a large body of nuclear fleets in the future to compare operating experiences.

A second contention addresses the environmental impact of old equipment.

According to an report by expert witness David Lochbaum — an independent nuclear safety engineer formerly with The Union of Concerned Scientists — which was attached to Beyond Nuclear's petition for a hearing, only several dozen plants will exist by 2033 — when the current license for one of Peach Bottom's reactors will expire.

A panel of three judges from the board heard Beyond Nuclear's arguments Wednesday and will decide whether their contentions are admissible for a hearing to challenge the license renewal, which could take several months, according to Nuclear Regulatory Commission spokesman Neil Sheehan.

It will be 40 years since TMI — or any other nuclear plants in the country — have had an incident, but it's with that in mind that Beyond Nuclear stresses the importance of safety moving forward.

With so few plants in operation beyond 60 years, it's unknown how well the equipment will hold up, and it's a concern that aging materials could make plants more vulnerable to an accident if not addressed properly.

In addition, the NRC gives a rigorous effectiveness review every five years, he said.

Curran says the company's aging management program has good elements, but it needs to be assessed to compensate for the lack of plants in the future.

The judges questioned the relevance of a declining fleet, with Abreu asking if Beyond Nuclear might not just be taking an opportunity to address current concerns with the plant's equipment.

Abreu asked at what year would the future concerns appear, and Lewis asked how you set a threshold for the unknown.

Peach Bottom is not the only second-renewal applicant fielding public concerns.

Editor's note: This story has been updated to reflect that Diane Curran is an attorney representing Beyond Nuclear, not an employee. An incomplete job title for David Lochbaum was updated, and additional clarification and details related to him were added.