Gov. Tom Wolf has sent out the cavalry to pitch his perennial plan for a severance tax on the natural gas industry, this time with the promise of disaster relief for communities ravaged by last summer's flooding.

Representatives from the state Department of Environmental Protection held a news conference in Chanceford Township on Thursday, March 7, to promote the governor's $4.5 billion infrastructure plan, which hinges on a proposed severance tax on natural gas. Chanceford was hard hit by flooding last year.

Kent Heffner, roadmaster and supervisor in Chanceford Township, said municipal budgets usually don't have a lot of extra money in the bank.

"Everybody says if you have a big disaster, the federal government will come in and help you, and they didn’t," Heffner said.

The plan: This is the fifth consecutive year  Wolf has proposed a severance tax on natural gas production, each time unsuccessfully. The most recent iteration faces an uphill battle in the GOP-run Statehouse.

In a statement released in response to the governor's proposal, the Republican legislative leadership panned Wolf's call for a new tax on the natural gas industry.

“The governor's proposal includes three of the worst ways to grow an economy: taxing, borrowing and uncontrolled government spending,” the statement read. “While improving Pennsylvania's aging infrastructure is a shared goal, it cannot come at the expense of the commonwealth's economy and taxpayers. 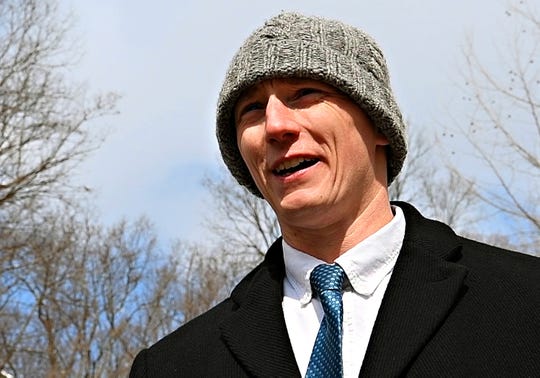 Flood damage: Last year's deluge destroyed or severely damaged dozens of roads, and did not spare the homes and businesses in its path.

York County received a disaster declaration from the federal Small Business Administration, meaning home and business owners would be eligible to apply for low-interest loans to pay for repairs.

But the state did not meet the Federal Emergency Management Agency's threshold for declaring a federal disaster, meaning there would be no direct federal relief. 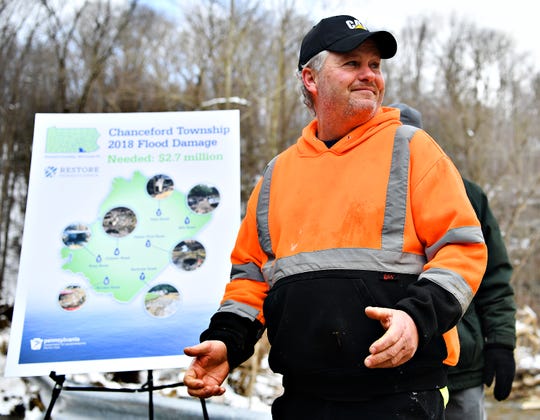 "I just hope this program helps us out," Heffner said. "We’ll make it work, but it’s going to take years if we have to do it ourselves."

Joseph Adams, regional director for the DEP's south-central region, added that Chanceford Township and the DEP have been working for several years to improve the township's dirt and gravel roads.

"A lot of that got washed away in one storm," Adams said.