After 2019, two York County Republican women will step away from public office

President Commissioner Susan Byrnes and Prothonotary Pamela S. Lee confirmed they will not seek re-election in 2019.

After 2019, two York County Republican women will step away from public office

President Commissioner Susan Byrnes and Prothonotary Pamela S. Lee will finish out their terms through the end of 2019 and then exit public office.

Byrnes announced her decision in a letter published Tuesday, Jan. 15, in which she said she will vacate her seat to create an opportunity for a new generation of leaders with new ideas.

"I am grateful for the opportunity to have served my fellow York countians and will dedicate all of my energies this final year in office to working on your behalf," she said.

In an interview Tuesday, Byrnes said one of her plans for 2019 is to educate York County voters about the importance of integrity, hard work and fiscal responsibility for any future commissioner.

Another goal for 2019 is to officially establish the $1 million Pleasant Acres resident welfare fund. The fund will help indigent nursing home residents pay for necessities they otherwise couldn't afford, such as replacing worn-out clothing.

More: Wolf pivots to second term with new lieutenant governor Fetterman at his side

Byrnes said that when she was elected in 2016, she didn't give much thought to whether she would seek a second term.

She said she's happy with everything the board has accomplished during her term and added that she has a whole list of goals for 2019, but she also said she feels it's time for a new generation of leaders at the county level.

"Along with our leadership team and our 50 department directors, we now have a collaborative spirit here at the county," Byrnes said. "We have created a culture that would be very inviting for a young leader to step into this role." 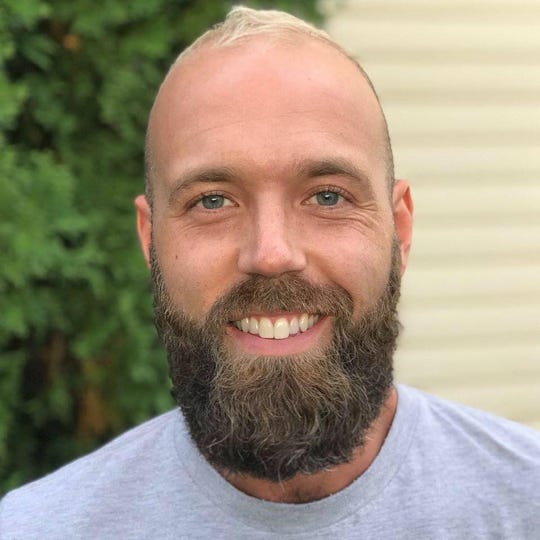 One contender from that new generation of leaders is Glenn Wascovich, the current mayor of Hallam borough. Wascovich, a Democrat, announced in November that he's running for a seat on the York County Board of Commissioners.

Colleagues: Commissioner Chris Reilly said Byrnes has had a "very successful tenure" and that she brought a new perspective to county government from her career in public health.

"She was able to, I think, broaden the scope of the commissioners' office to include some community initiatives that otherwise would not have been undertaken," Reilly said, "primarily through the opioid collaborative and her initiative regarding wellness courts and mental health issues."

Vice President Commissioner Doug Hoke said Byrnes has always been honest and hardworking and that, most importantly, she always does her homework thoroughly when looking at the issues.

"I know there have been some issues that we have disagreed on, but we’ve always worked together in what I consider to be a bipartisan way to improve York County," Hoke said.

Prothonotary: When Lee leaves office after 2019, she will have served four four-year terms as York County prothonotary.

"In these 16 years, there have been huge changes in the use of technology, and we’ve moved the office forward in that regard," Lee said. "There’s a still a long way to go, and whoever gets the position I’m sure will have to learn a lot."

Lee said she will be 65 at the end of her current term and that she's ready to retire. Her husband, Rick Lee, retired from the York Daily Record in December.

"The thing I’m proudest of is the great team that I’ve put together, supervisors who really know what they’re doing and do their best to serve the taxpayers," Pamela Lee said.

Lee said that after leaving office she plans to spend more time reading and continuing to volunteer at her local library and that she might take a few classes in subjects that interest her.

Allison Blew, former vice chair of the York County Republican Committee, announced on Friday, Jan. 11, that she is running for prothonotary on the Republican ticket.

Blew, of Lower Windsor Township, said on her website, allisonforyork.com, that if elected, she plans to audit the prothonotary fee schedule, update technology and focus on customer service.