The last year was a 12-month champagne toast for the legal marijuana industry as the global market exploded and cannabis pushed its way further into the financial and cultural mainstream.

PORTLAND, Ore. – The last year was a 12-month champagne toast for the legal marijuana industry as the global market exploded and cannabis pushed its way further into the financial and cultural mainstream.

U.S. drug regulators approved the first marijuana-based pharmaceutical to treat kids with a form of epilepsy, and billions of investment dollars poured into cannabis companies. Even main street brands like Coca-Cola said they are considering joining the party.

“I have been working on this for decades, and this was the year that the movement crested,” said U.S. Rep. Earl Blumenauer, an Oregon Democrat working to overturn the federal ban on pot. “It’s clear that this is all coming to a head.”

With buzz building across the globe, the momentum will continue into 2019. 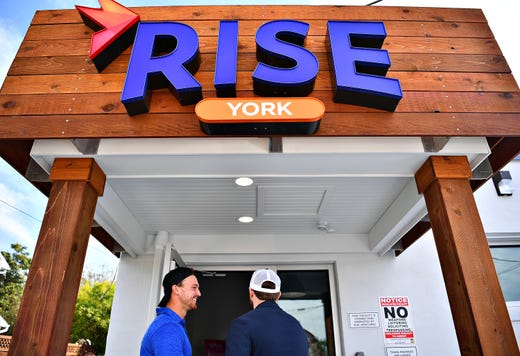 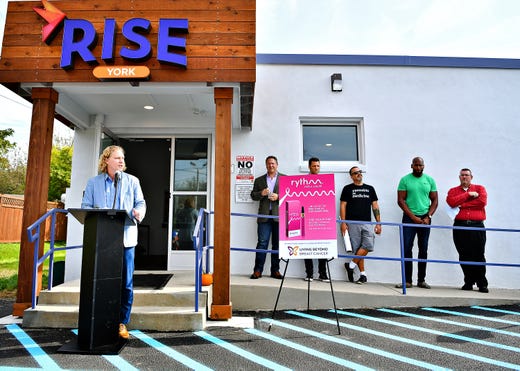 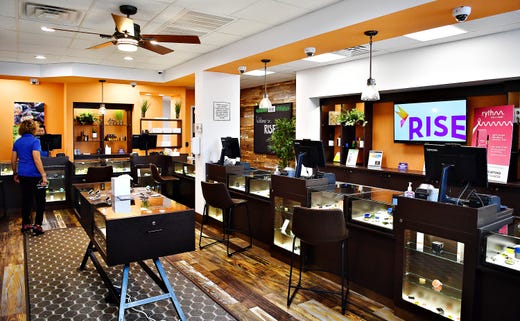 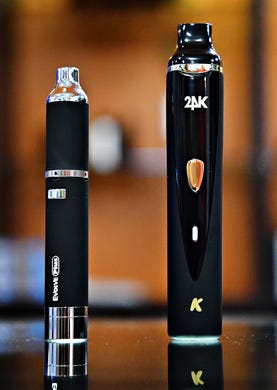 Vaporizer pens are shown at new medical marijuana dispensary RISE York during an open house in West Manchester Township, Tuesday, Oct. 2, 2018. The device on the left would be used with concentrates and the one on the right for dry leaf. Dawn J. Sagert photo The York Dispatch
Fullscreen 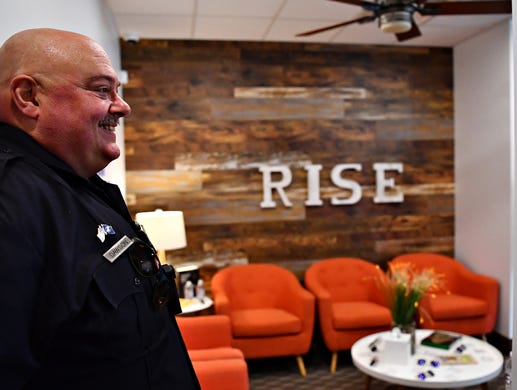 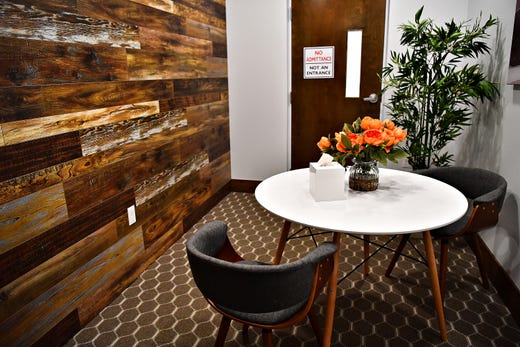 Once a patient receives their medical marijuana card, or MMID, they will be offered a private consultation and are able to seek treatment at York County's second medical marijuana dispensary, RISE York, in West Manchester Township, Tuesday, Oct. 2, 2018. Dawn J. Sagert photo The York Dispatch
Fullscreen 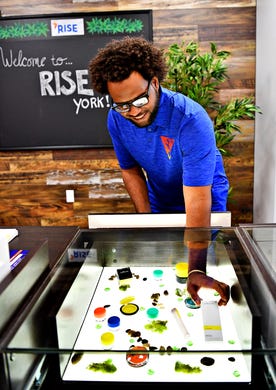 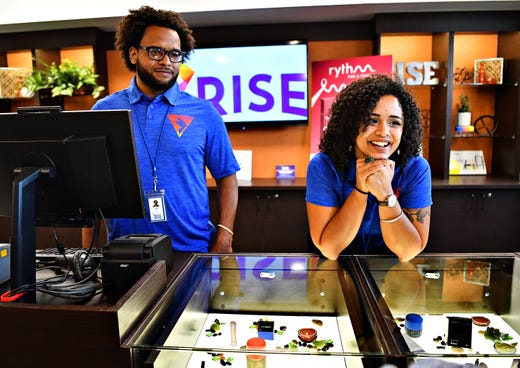 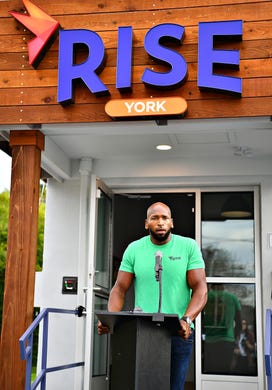 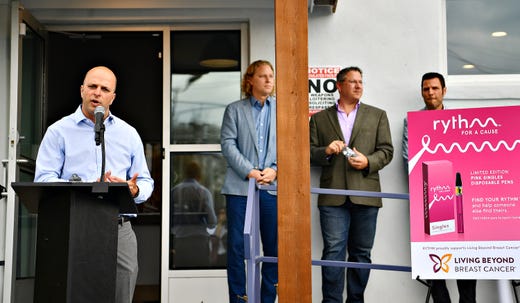 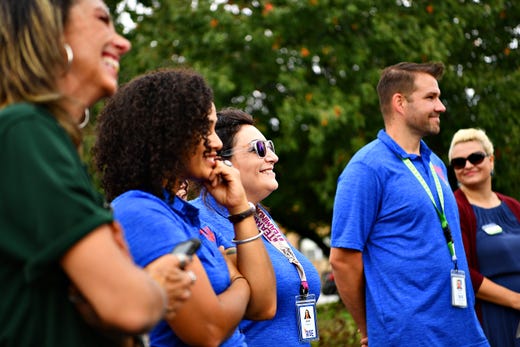 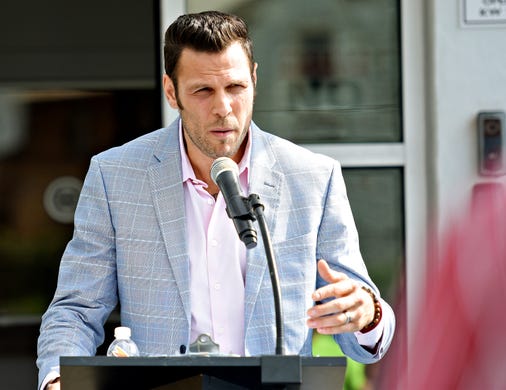 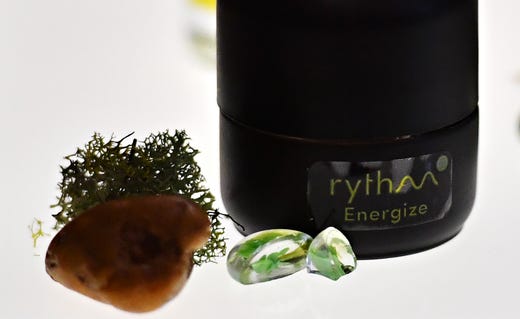 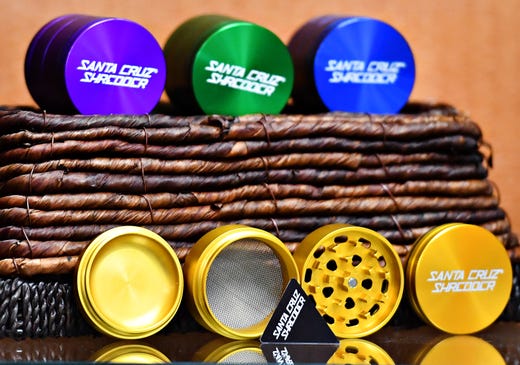 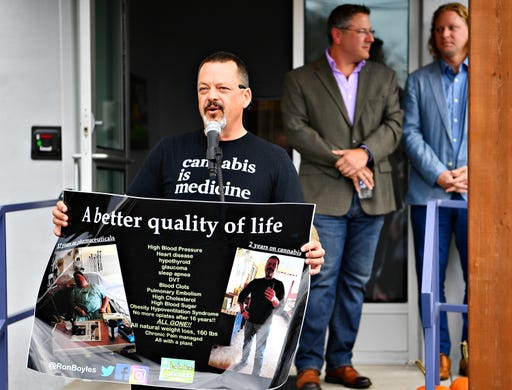 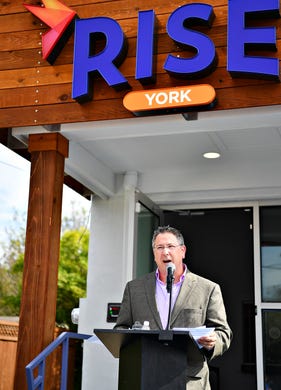 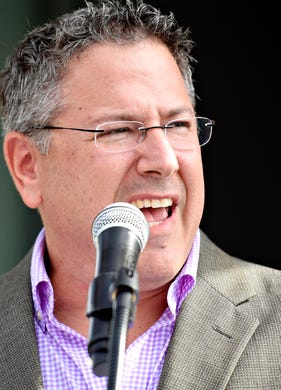 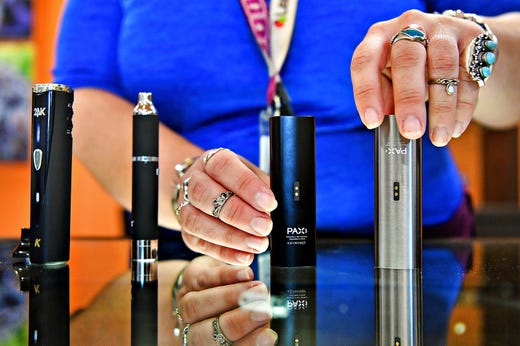 Vaporizer pens are shown at new medical marijuana dispensary RISE York during an open house in West Manchester Township, Tuesday, Oct. 2, 2018. From left, each device would be used for dry leaf, concentrates and both. For patients who do not want to inhale, there are capsules and tinctures available. Dawn J. Sagert photo The York Dispatch
Fullscreen 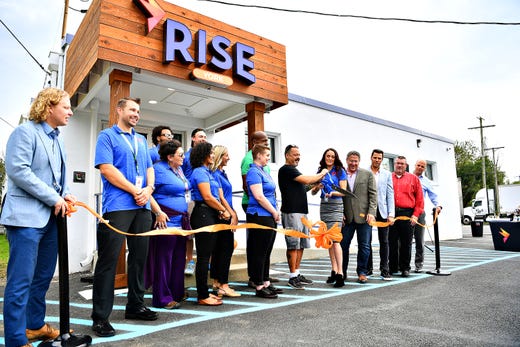 Luxembourg is poised to become the first European country to legalize recreational marijuana, and South Africa is moving in that direction. Thailand legalized medicinal use of marijuana on Tuesday, and other Southeastern Asian countries may follow South Korea’s lead in legalizing cannabidiol, or CBD. It’s a non-psychoactive compound found in marijuana and hemp plants and used for treatment of certain medical problems.

Curren’s firm is one of many that blossomed as the industry grew. He started the company in 2014 with two friends. Now, he has 85 employees, and the company’s software processes $2.5 billion in sales transactions a year for more than 1,000 U.S. retail stores and dispensaries.

“A lot of the problem is keeping up with growth,” he said.

Legal marijuana was a $10.4 billion industry in the U.S. in 2018 with a quarter-million jobs devoted just to the handling of marijuana plants, said Beau Whitney, vice president and senior economist at New Frontier Data, a leading cannabis market research and data analysis firm. There are many other jobs that don’t involve direct work with the plants but they are harder to quantify, Whitney said.

Investors poured $10 billion into cannabis in North America in 2018, twice what was invested in the last three years combined, he said, and the combined North American market is expected to reach more than $16 billion in 2019.

“Investors are getting much savvier when it comes to this space because even just a couple of years ago, you’d throw money at it and hope that something would stick,” he said. “But now investors are much more discerning.”

Increasingly, U.S. lawmakers see that success and want it for their states.

Nearly two-thirds of U.S. states now have legalized some form of medical marijuana.

Voters in November made Michigan the 10th state – and first in the Midwest – to legalize recreational marijuana. Governors in New York and New Jersey are pushing for a similar law in their states next year, and momentum for broad legalization is building in Pennsylvania and Illinois.

“Let’s legalize the adult use of recreational marijuana once and for all,” New York Gov. Andrew Cuomo said last week.

State lawmakers in Nebraska just formed a campaign committee to put a medical cannabis initiative to voters in 2020. Nebraska shares a border with Colorado, one of the first two states to legalize recreational marijuana, and Iowa, which recently started a limited medical marijuana program.

“Attitudes have been rapidly evolving and changing. I know that my attitude toward it has also changed,” said Nebraska state Sen. Adam Morfeld, a Democrat. “Seeing the medical benefits and seeing other states implement it … has convinced me that it’s not the dangerous drug it’s made out to be.”

With all its success, the U.S. marijuana industry continues to be undercut by a robust black market and federal law that treats marijuana as a controlled substance like heroin. Financial institutions are skittish about cannabis businesses, even in U.S. states where they are legal, and investors until recently have been reluctant to put their money behind pot.

Marijuana businesses can’t deduct their business expenses on their federal taxes and face huge challenges getting insurance and finding real estate for their brick-and-mortar operations.

“Until you have complete federal legalization, you’re going to be living with that structure,” said Marc Press, a New Jersey attorney who advises cannabis businesses.

At the start of the year, the industry was chilled when then-U.S. Attorney General Jeff Sessions rescinded a policy shielding state-licensed medical marijuana operators from federal drug prosecutions. Ultimately the move had minimal impact because federal prosecutors showed little interest in going after legal operators.

Sessions, a staunch marijuana opponent, later lost his job while President Donald Trump said he was inclined to support an effort by U.S. Sen. Cory Gardner, a Colorado Republican, to relax the federal prohibition.

In November, Democrats won control of the U.S. House and want to use it next year to pass legislation that eases federal restrictions on the legal marijuana industry without removing it from the controlled substances list.

If those provisions become law, they could open up banking for the marijuana industry nationwide and make it easier for cannabis companies to secure capital.

Blumenauer’s “blueprint” to legalize marijuana also calls for the federal government to provide medical marijuana for veterans, more equitable taxation for marijuana businesses and rolling back federal prohibitions on marijuana research, among other things.

“We have elected the most pro-cannabis Congress in history and more important, some of the people who were roadblocks to our work … are gone,” Blumenauer said. “If we’re able to jump-start it in the House, I think there will be support in the Senate, particularly if we deal with things that are important, like veterans’ access and banking.”