A district judge has ordered a York City man to stand trial for the hit-and-run death of a 4-year-old Hanover girl two years ago. 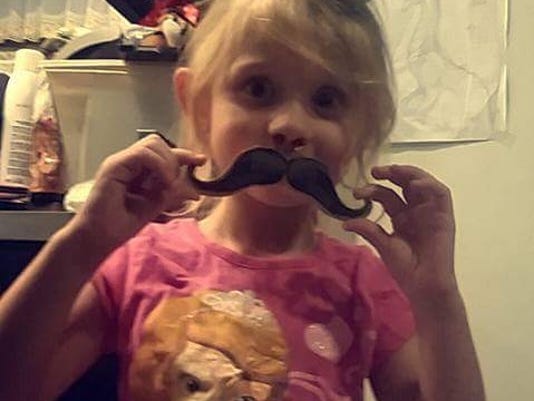 Four-year-old Dakota Wright was fatally struck by a hit-and-run van outside her Hanover home on Tuesday, Nov. 22, 2016. (Photo courtesy of GoFundMe.com)(Photo: Submitted)

A district judge has ordered a York City man to stand trial for the hit-and-run death of a 4-year-old Hanover girl two years ago.

Magisterial District Judge Dwayne Dubs ruled at a preliminary hearing Friday, Dec. 21, that there was sufficient evidence for the case against Tony Brent Shower Jr. to move forward.

Shower had been using heroin and crack cocaine all day, making trips to Maryland and back to Hanover to replenish his drug supply when it ran out, according to charging documents filed by lead Hanover Detective Jared Auman.

Shower, 34, of the 100 block of West Jackson Street in York City, is now in York County Prison in lieu of $100,000 bail, charged with accidents involving death or personal injury/hit-and-run, driving under the influence and driving with a suspended license.

The hit-and-run charge is a second-degree felony.

Dakota was in the 200 block of Princess Street in Hanover when she was struck at 7:11 p.m., Hanover Police have said.

The little girl had just arrived home with an adult and was crossing the street to her house when the white full-size utility van hit her, police said. Dakota was rushed to Hanover Hospital but couldn't be saved.

Markle said he was getting out of his vehicle, parked on the street, when he saw the white van pass him. He remembers hearing a "loud crunch, like a garbage can lid," he said.

Facing the front passenger's side corner of the van, he said he saw only one person — the driver — who he described as a white man with a scruff or goatee and dark hair, in his 30s or 40s.

A "green instrument," such as a computer screen or other device, had illuminated his face, Markle recalled.

Barker presented two arrays of suspect photos, which Markle said police had shown him in October 2018.

One set included Stephen Gambal III, a man formerly identified by police as "SG," who police say had been driving the vehicle with Shower as a passenger when it was stopped by Penn Township Police 18 minutes after the hit-and-run.

There was insufficient evidence to hold the men at the time, police have said, and they were eventually released.

Later that night, West Manheim Township Police also stopped the van, according to charging documents. This time, Gambal — who owns it — was alone. Officer Shawn Ricketts was able to spot several hairs in the grille and headlight area of the van, charging documents state.

At that point, the van was secured and a search warrant was obtained to examine it more closely.

Gambal told police that Shower dropped him off at a local restaurant about a mile from where Dakota was killed, then Shower headed off to buy more drugs, driving in the general direction of Princess Street in Hanover, documents state.

Shower had been driving on a license that had been suspended since 2002, documents state.

Auman said there was no confirmation, such as receipts or verbal acknowledgment from employees, that he had been at the restaurant that night, and surveillance from a restaurant next door had already been recorded over.

Markle told Barker he had dismissed Gambal's photo set immediately because the age and facial hair of those suspects were not consistent with what he recalled. He had chosen four photos from the second set, narrowing them down to three after they were blown up in size.

Each of the sets he chose included Shower.

Other evidence: Barker also presented several crime scene photos, one of which showed a pool of blood, and Auman confirmed it was the spot Dakota was found.

Marked drops of blood also demonstrated the direction the van drove when it left the scene, Auman said.

Dakota's autopsy report and photos of the impounded van also were introduced as evidence.

In addition to Markle's account, a neighbor's surveillance footage, which was enhanced by the U.S. Secret Service, also caught the van heading east toward the scene at 7:14 p.m. — updated to 7:09 after it was concluded to be five minutes fast — two minutes before the incident's dispatch time, according to testimony.

Police recordings from Gambal in York County Prison — where he was serving time for a DUI — revealed Gambal also noticed Shower acting odd at the end of that night, Auman said.

Gambal had said Shower exited the vehicle quickly, which was unusual, and left his bag — which he never leaves anywhere — in the car. It had odds and ends plus his medication, he had said.

Auman also noted he interviewed Shower three times, and each time he had a different story. "It continued to evolve," Auman said.

By the third interview, Shower claimed he "couldn't remember" the events of the day because he was "cracked out," Auman said.

Shower's charges were already pending by the time he was interviewed the third time, and Auman said he tried to barter with police, saying if they could help him get out of jail, he would tell them more.

Senior Assistant Public Defender Eric White did not call any witnesses and had no comment following the hearing.

Arraignment: Barker said after the hearing the evidence speaks for itself.

"Basically, we laid out what we needed to do to meet our burden (of proof) today," he said.

Shower will be arraigned at the county courthouse on Friday, Jan. 25.