Midnight shutdown all but sure but talks persist at Capitol 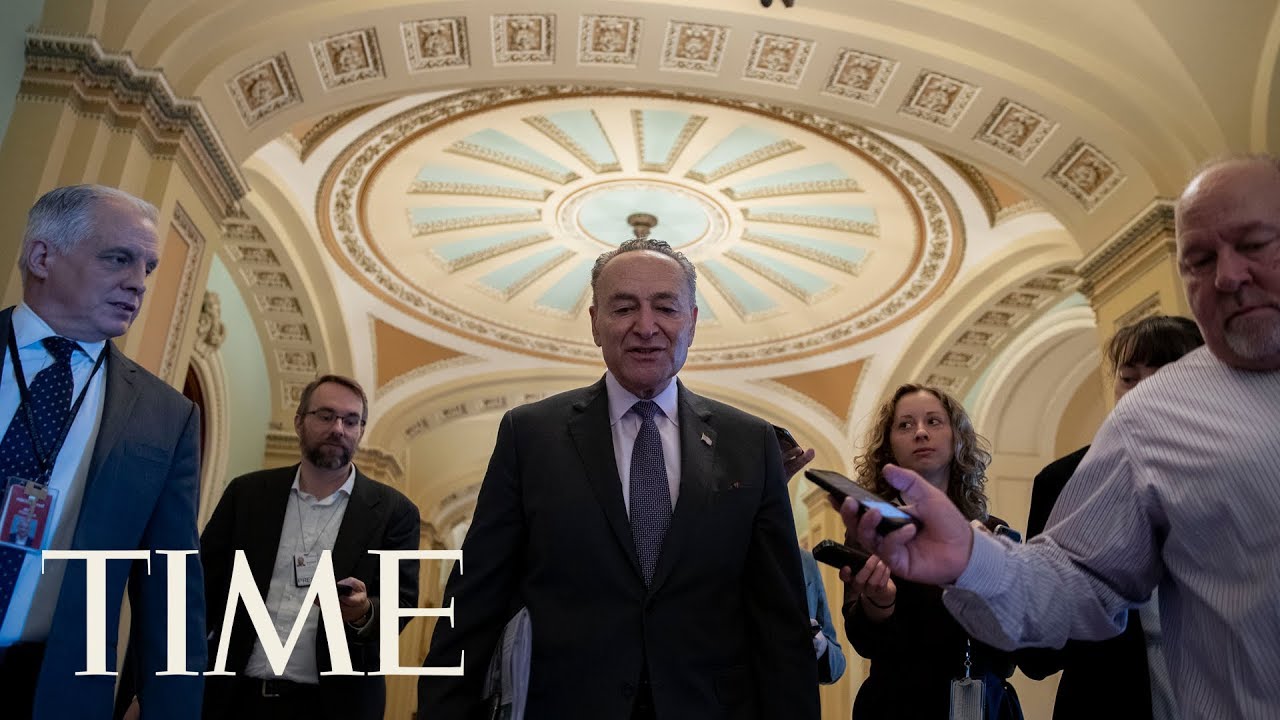 WASHINGTON – Even as frenetic negotiations continued at the Capitol, the House adjourned without a deal on spending Friday night, all but ensuring a partial government shutdown at midnight with President Donald Trump demanding billions of dollars for his long-promised Mexican border wall.

Trump’s top envoys were straining to broker a last-minute compromise with Democrats and some of their own Republican Party’s lawmakers. But as Vice President Mike Pence, acting White House chief of staff Mick Mulvaney and senior adviser Jared Kushner dashed back and forth at the Capitol there were no outward signs of a deal.

The House adjourned, and senators were told there would be no more votes Friday night.

The shutdown, scheduled for midnight, would disrupt government operations and leave hundreds of thousands of federal workers furloughed or forced to work without pay just days before Christmas.

At a White House bill signing, Trump said the government was “totally prepared for a very long shutdown,” though hardly anyone thought a lengthy shutdown was likely.

The president tried to pin the blame on Democrats, even though just last week he said he would be “proud” to claim ownership of a shutdown in a fight for the wall. Campaigning for office two years ago, he had declared the wall would go up “so fast it will make your head spin.” He also promised Mexico would pay for it, which Mexico has said it will never do.

More:Trump chaos extends to Capitol as shutdown, Christmas near

“This is our only chance that we’ll ever have, in our opinion, because of the world and the way it breaks out, to get great border security,” Trump said Friday at the White House. Democrats will take control of the House in January, and they oppose major funding for wall construction.

Looking for a way to claim victory, Trump said he would accept money for a “Steel Slat Barrier” with spikes on the top, which he said would be just as effective as a “wall” and “at the same time beautiful.”

Trump convened Republican senators for a morning meeting, but the lengthy back-and-forth did not appear to set a strategy for moving forward. A person granted anonymity because they were unauthorized to discuss the private session said the president would not get behind lower levels of funding the senators discussed. He has demanded $5.7 billion.

“I was in an hour meeting on that and there was no conclusion,” said Sen. Chuck Grassley of Iowa.

Senate Majority Leader Mitch McConnell returned to Capitol Hill and quickly set in motion a procedural vote on a House Republican package that would give Trump the money he wants for the wall, but it was not expected to pass.

To underscore the difficulty, that Senate vote to proceed was stuck in a long holding pattern as senators were being recalled to Washington. They had already approved a bipartisan package earlier this week that would continue existing border security funding, at $1.3 billion, but without new money for Trump’s wall. Many were home for the holidays.

Only after a marathon five-hour delay Pence cast a tie-breaking vote that loosened the logjam, kick-starting negotiations that senators hoped could produce a resolution.

“What this does is push this ahead to a negotiation,” said Sen. Bob Corker, R-Tenn., who wanted some guarantee the next vote would be on an agreement reached by all sides. He called it “the best we can to keep from shutting down government – or if it does shut down, shutting down very briefly.”

Steny Hoyer, the No. 2 Democrat in the House, said it looked like a shutdown might not be avoidable, but top leaders were talking and he indicated any government disruption could be short.

Amid the impasse, Pence and the others were dispatched to the Capitol to meet with Senate Minority Leader Chuck Schumer, who told them that Trump’s demands for wall money would not pass the Senate, according to the senator’s spokesman.

Schumer told Pence, Mulvaney and Kushner other offers to keep the government running with existing levels of border security funds remain on the table.

Pence and the others later walked across the Capitol to meet with House Speaker Paul Ryan.

The Senate was expected to reject the House measure because Democratic votes are needed and McConnell showed little interest in changing the rules – as Trump proposed – to allow a simple majority for passage.

One possibility was that the Senate might strip the border wall funds out of the package, pass it and send it back to the House. House lawmakers were told to remain in town on call.

Another idea was to revive an earlier bipartisan Senate bill with $1.6 billion for border security but not the wall.

“The biggest problem is, we just don’t know what the president will sign,” said Sen. Jeff Flake, R-Ariz.

So restive were senators returning to Washington that McConnell and others sported lapel buttons declaring them members of the “Cranky Senate Coalition.”

Texas Sen. John Cornyn, the Senate’s No. 2 Republican, said he returned to the Lone Star state on Thursday only to get back on an early Friday morning flight to Washington.

Democratic Sen. Brian Schatz flew all the way home to Hawaii, tweeting that he spent 17 minutes with his family, before returning on the 11-hour flight.

“Wheels down IAD ready to vote no on this stupid wall,” Schatz tweeted Friday, referring to Dulles International Airport outside Washington.

Only a week ago, Trump insisted during a televised meeting at the White House he would take ownership of a shutdown over his border wall. “I will be the one to shut it down,” he asserted.

But with the hours dwindling before the midnight deadline, he sought to reframe the debate and blame Democrats for the impasse that threatens hundreds of thousands of federal workers at the end-of-the-year holidays.

The White House said Trump would not go to Florida on Friday as planned for the Christmas holiday if the government were shutting down.

At issue is funding for nine of 15 Cabinet-level departments and dozens of agencies, including the departments of Homeland Security, Transportation, Interior, Agriculture, State and Justice, as well as national parks and forests.

Many agencies, including the Pentagon and the departments of Veterans Affairs and Health and Human Services, are funded for the year and would continue to operate as usual. The U.S. Postal Service, busy delivering packages for the holiday season, would not be affected because it’s an independent agency.

Both the House and Senate packages would extend government funding through Feb. 8, all but guaranteeing another standoff once Democrats take control of the House in the New Year.

“There are a lot of us who want to avoid a shutdown,” said Kansas GOP Sen. Pat Roberts. “I’ve been through about five of them in my career. None of them have worked in terms of their intent.”