Penn National Gaming estimates Springettsbury Township could reap up to $1 million annually once a proposed Category 4 casino is fully operational.

Penn National Gaming is proposing a facility at the former Sears location in the York Galleria Mall. The Pennsylvania Gaming Control Board held a public hearing on the issue. York Dispatch 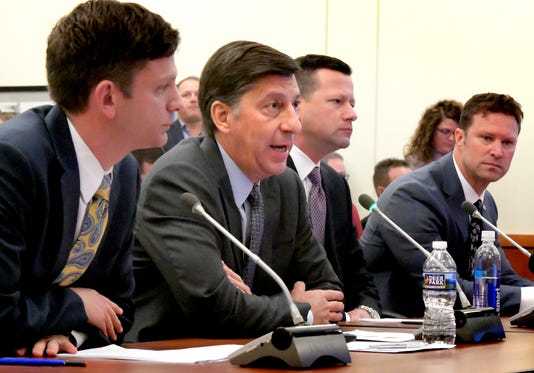 Penn National Gaming estimates Springettsbury Township could reap up to $1 million annually once a proposed Category 4 casino is fully operational.

Representatives of the Wyomissing-based operator of casinos and racetracks relayed to Pennsylvania Gaming Control Board commissioners Thursday its overall vision of the state’s first mini-casino, which Penn National has proposed opening in the York Galleria in the space formerly occupied by Sears.

While the new revenue sounds enticing to local leaders, some residents at a public hearing remained skeptical about whether the mini-casino will fit in with the community.

Bradley Culbertson said he was speaking on behalf of his neighbors, who collectively opposed the gaming facility. He gathered dozens of signatures in opposition to Hollywood Casino York.

He emphasized that the township placed presumed economic benefits over what residents want at the mall.

Economic impact: Former Springettsbury Township supervisor Blanda Nace, who spearheaded the relationship between the township and Penn National, said he’s aware the mini-casino could be either a win or a loss for the municipality, but he added he couldn’t ignore the projected economic impact. 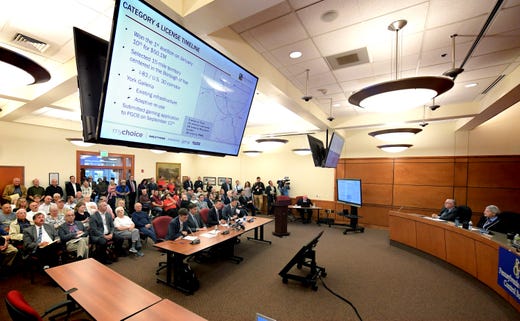 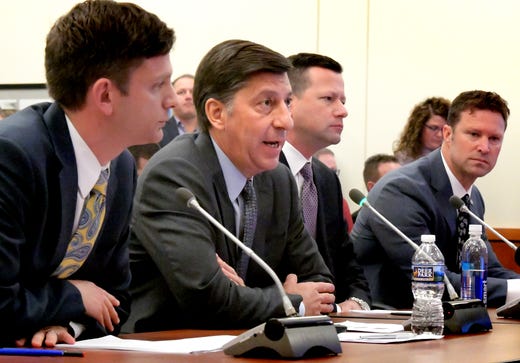 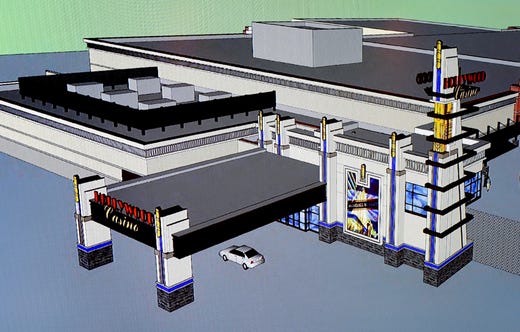 An artist's rendering of the converted Sears location at the York Galleria Mall which would house a Hollywood Casino is shown during the Pennsylvania Gaming Control Board's mini-casino public hearing at the Springettsbury Township building Thursday, Nov. 1, 2018. Penn National Gaming is moving forward with plans to open a facility at the site. Bill Kalina photo Bill Kalina, The York Dispatch
Fullscreen 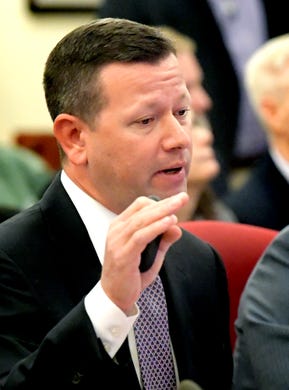 David Barasch, chairman of the Pennsylvania Gaming Control Board, speaks during a mini-casino public hearing at the Springettsbury Township building Thursday, Nov. 1, 2018. Penn National Gaming is moving forward with plans to open a facility at the former Sears location in the York Galleria Mall. Bill Kalina photo Bill Kalina, The York Dispatch
Fullscreen

Speaking as strategic director of development for the York County Economic Alliance, Nace said he researched property values, psychological issues and crime reports, both before and after a casino opening. Nace resigned from his seat in August because he moved out of the township.

“I have not found any detrimental evidence from my own research that would show the establishment of a Category 4 mini-casino in a dying shopping mall next to an interstate in a suburban center as a bad idea,” he said.

Jon Meshel, of CBL Properties, which owns the mall, said the retail industry is in the midst of a "profound transition." Meshel said operating a mini-casino there aligns with the property owner's thinking.

Residents: Residents who spoke during the public hearing were mostly enthusiastic about the new development.

Pamela Baum and her brother, Patrick Hufnagle, said they are looking forward to a shorter drive. They typically go to Penn National's Hollywood Casino and Racetrack in Dauphin County.

Application: Pennsylvania Gaming Control Board commissioners were inquisitive about who conducted Penn National's traffic survey included in its application and if the vacated Sears building would be cordoned off from the rest of the mall.

David Barasch, chairman of the Pennsylvania Gaming Control Board, speaks during a mini-casino public hearing at the Springettsbury Township building Thursday, Nov. 1, 2018. Penn National Gaming is moving forward with plans to open a facility at the former Sears location in the York Galleria Mall. Bill Kalina photo (Photo: Bill Kalina, The York Dispatch)

Penn National acknowledged they hired their own consultant and did not correspond with township officials about the submitted traffic report.

And the wall between the mini-casino and the rest of the mall would be entirely blocked for safety, Penn National officials confirmed.

"After that the board will be in a position to take a public vote," Harbach continued.

Study: An economic impact study submitted in Penn National's application shows plans to rehabilitate 79,300 square feet during a single phase of construction. Construction is estimated to take 12 to 18 months “once final approvals are secured,” the study explained.

“The proposed casino includes a 136-seat casual dining location, 32-seat bar, lounge and small stage, and a 23-seat Grab N’Go Grill,” the study continued. “Under a Category 4 License, a satellite casino is allowed up to 750 slots and 30 tables in year 1, with the ability to add an additional 10 tables after year 2. Penn National plans to open with only 500 slots and 20 tables in year 1, in order to assess market demand.”

Penn National says the development of Hollywood Casino York is an overall investment of nearly $120 million, which includes the cost of the license. It will generate approximately 200 new permanent local jobs and more than 75 construction jobs, Penn National stated.

The report concluded that police and emergency services are capable of managing additional calls stemming from the new mini-casino.