Under the new contract, the Central York Education Association agreed to "very significant concessions," according to a district statement. 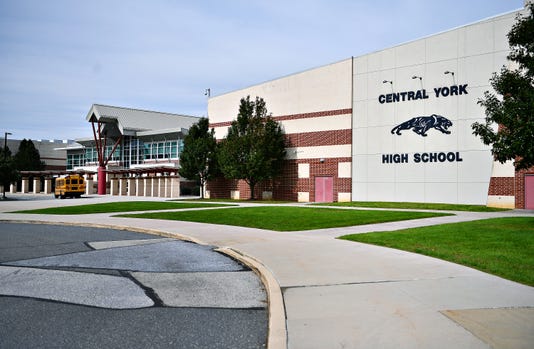 Under the new contract, the Central York Education Association agreed to "very significant concessions," according to a district statement, including a replacement of its current PPO plan with a qualified high-deductible health plan.

But the concessions allow the board to offer yearly salary increases that will keep Central York competitive with other districts in the county, the statement reads.

It was an amicable resolution, according to board Vice President Gregory Lewis, who served on the board's negotiations team.

"This job is really about balancing competing priorities," Lewis said. "The teacher's profession is, hugely, probably underpaid and not appreciated.

"On the other side of the equation is the taxpayer, and I think in Pennsylvania especially our school taxes and property taxes are high," he continued, saying putting senior citizens on fixed incomes out of their homes is a concern.

Agreement: The agreement covers the period between the previous contract, which expired July 1, 2018, through June 30, 2022, and was approved by the CYEA Oct. 9 and the school board on Oct. 15, at its monthly planning meeting.

In exchange for salary increases, the association agreed to the new health plan, effective Jan. 1, along with an increased rate of employee contributions to the plan — including additional monthly surcharges for spouses.

Through the end of December, employees will contribute 10 percent of the cost of the health care plan, 11 percent the following year and 12 percent for the remaining two years, according to the contract.

Spouses will still be covered under the agreement, the contract states, but with additional monthly surcharges of $175 through Dec. 31 and $350 for the remainder of the agreement — the idea being most will elect to receive coverage from their own employers rather than the district.

To temper these concessions, eligible employees will be offered a health savings account to help cover the deductible and any qualified unreimbursed medical, dental or vision expenses.

And employees can make their own contributions to the account through payroll deductions throughout the year.

Other changes include increased family illness leave, additional life insurance coverage, additional work days for speech language pathologists and a modification to the previous contract that will now require K-6 employees to have a minimum of 40 minutes of prep time during each student day in a six-day cycle, according to the statement.

Worthy compromise: The CYEA has a membership of about 400, including teachers, guidance counselors, nurses, school psychologists, social workers and other education specialists, according to its website,

Laura Stine, president of the association, recognized the need to compromise.

“Concessions were made on all sides, yet we feel this is an amicable resolution to the process," she stated. "It further illustrates our membership’s commitment to the community and to our students.”

Lewis  added that the health care concessions allow for major savings and "positions the district very well in the future."