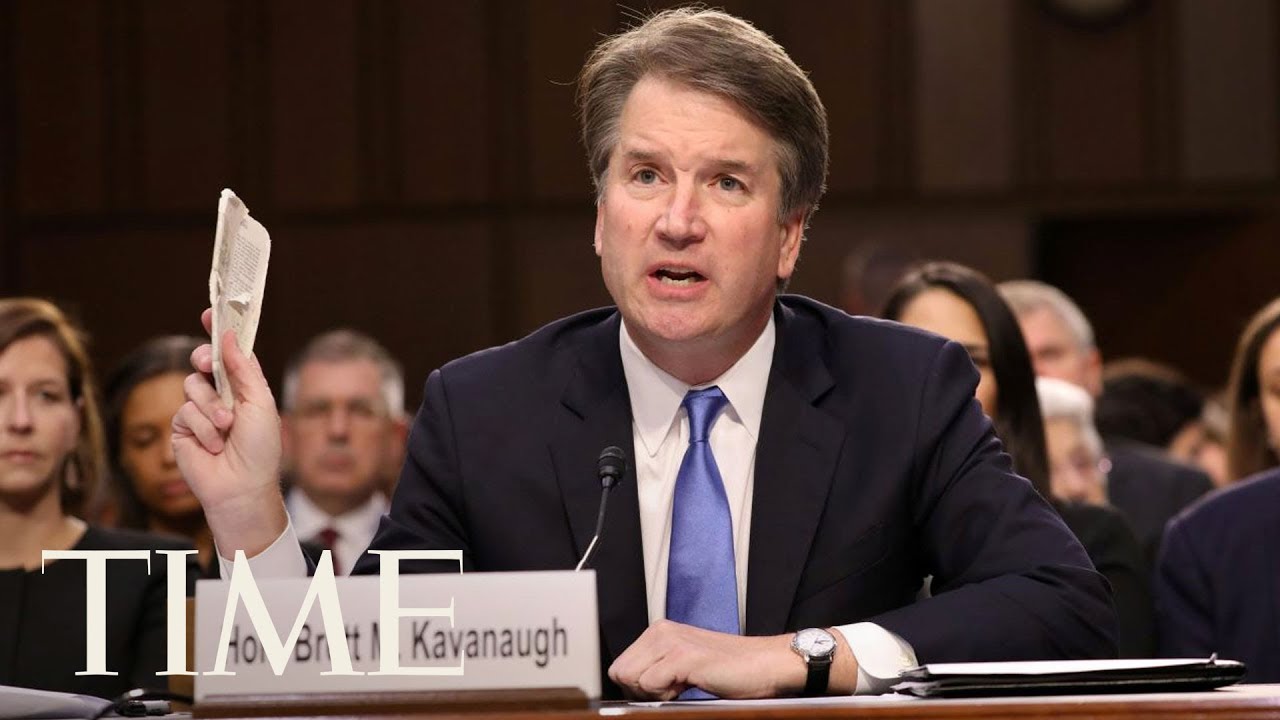 WASHINGTON – Brett Kavanaugh’s nomination to the Supreme Court faced a crucial Senate vote Friday as key Republican senators remained undeclared amid the allegations of sexual misconduct followed by intense disagreements that have divided the nation.

The 53-year-old judge made what was in effect his closing argument by acknowledging he became “very emotional” when forcefully denying the allegations at a Judiciary Committee hearing last week. He was trying to brush back fresh concerns about his temperament and impartiality.

“I said a few things I should not have said,” he wrote in an article published Thursday evening. But he said he remains the same “hardworking, even-keeled” person he has always been. “Going forward, you can count on me,” he wrote in The Wall Street Journal.

The unusual op-ed, as well as a late boost from President Donald Trump at a campaign rally in Minnesota, appeared aimed at winning over the three undeclared senators from the slim GOP majority – Susan Collins of Maine, Jeff Flake of Arizona and Lisa Murkowski of Alaska – and one Democrat, Sen. Joe Manchin of West Virginia, who also had yet to announce his position.

Friday’s vote was a procedural one to end the debate, and some fence-sitting senators could conceivably vote to advance Kavanaugh’s nomination but still hold out their support ahead of a final confirmation roll call over the weekend.

White House officials were cautiously optimistic going into the final push. Trump has been talking to staff and Republican allies in the Senate as the vote draws near, said a person with knowledge of the process but not authorized to speak publicly.

The White House hoped the last-minute words from Kavanaugh would ease lingering anxieties with the undecided senators.

But a top Democrat, Sen. Dick Durbin of Illinois, said he was unmoved by the walk-back as too little too late for the conservative judge who he said had shown his partisan stripe.

“I understand his emotion and his anger, this has to be a terrible ordeal for him and his family,” Durbin said on “CBS This Morning.” “But the fire in his eyes when he turned into this partisan screed is something I’m not going to forget.”

Ahead of Friday’s voting, Republicans emerged confident that a new FBI investigation into the allegations unearthed no corroborating details, they said. But a level of uncertainty lingered as Collins and Flake spent hours Thursday poring over confidential FBI documents in a secure basement briefing room at the Capitol long after others had left.

Even without locking in support, Senate Majority Leader Mitch McConnell pushed ahead trying to move Trump’s nominee forward in what would be an election year win for his party. The Republican leader has little room for error with his party’s slim 51-49 hold on the Senate. Vice President Mike Pence will be available to break a tie, but that has never happened for a Supreme Court nominee, according to the Senate Historical Office. A final vote is expected Saturday.

Complicating the math, one Republican, Sen. Steve Daines, said he was going to attend his daughter’s wedding back home in Montana on Saturday regardless of the possible weekend vote. Daines told The Associated Press in a statement he’s going to walk his daughter down the aisle.

Tensions have been high at the Capitol with opponents of Kavanaugh, including survivors of sexual assault, confronting senators in the halls and holding vigil across the street at the Supreme Court. Supporters of Kavanaugh also turned out.

Trump said the protesters’ “rage-fueled resistance is starting to backfire at a level nobody has ever seen before.” He was referring to polling that shows some improvement for Republicans heading into the midterm election.

Two of the undeclared Republicans emerged from the secure briefing facility Thursday accepting the FBI report as “thorough,” bolstering GOP hopes for confirmation.

Flake told reporters that “we’ve seen no additional corroborating information” about the claims against Kavanaugh.

Collins also expressed satisfaction, calling it “a very thorough investigation.” She paid two visits to the off-limits room where the document was being displayed to lawmakers.

Murkowski said she was “still reviewing” her decision.

Democrats complained that the investigation, running just six days after Trump reluctantly ordered it, was shoddy, omitting interviews with numerous potential witnesses. They accused the White House of limiting the FBI’s leeway.

Those not interviewed in the reopened background investigation included Kavanaugh himself and Christine Blasey Ford, who ignited the furor by alleging he’d molested her in a locked room at a 1982 high school gathering.

Sen. Dianne Feinstein of California, the Judiciary Committee’s top Democrat, said while her party had agreed to a weeklong FBI probe with a finite scope, “We did not agree that the White House should tie the FBI’s hands.”

A hefty police presence added an air of anxiety, as did thousands of anti-Kavanaugh demonstrators. U.S. Capitol Police said 302 were arrested – among them comedian Amy Schumer, a distant relative of Senate Minority Leader Chuck Schumer, D-N.Y.

Sen. Chuck Grassley, R-Iowa, who chairs the Judiciary Committee, issued a statement late Thursday that said the FBI reached out to 11 people and interviewed 10. Six of the witnesses involved Ford’s claims, including an attorney for one of them, and four were related to Deborah Ramirez, who has asserted that Kavanaugh exposed himself to her when both were Yale freshmen. Grassley said the FBI concluded “there is no collaboration of the allegations made by Dr. Ford or Ms. Ramirez.”

Senators said the documents they examined totaled about 50 pages.

The underlying material from the FBI included text and Facebook messages, said Sen. Thom Tillis, R-N.C., including screenshots that “were very helpful” in understanding the communications between various people discussing the situation.

Sen. Bob Corker, R-Tenn., said nine of the pages were about Mark Judge, the Kavanaugh friend who Ford said also jumped on her while Kavanaugh assaulted her. Judge has said he doesn’t recall the incident.

Barring leaks, it was unclear how much if any of the FBI report would be made public.