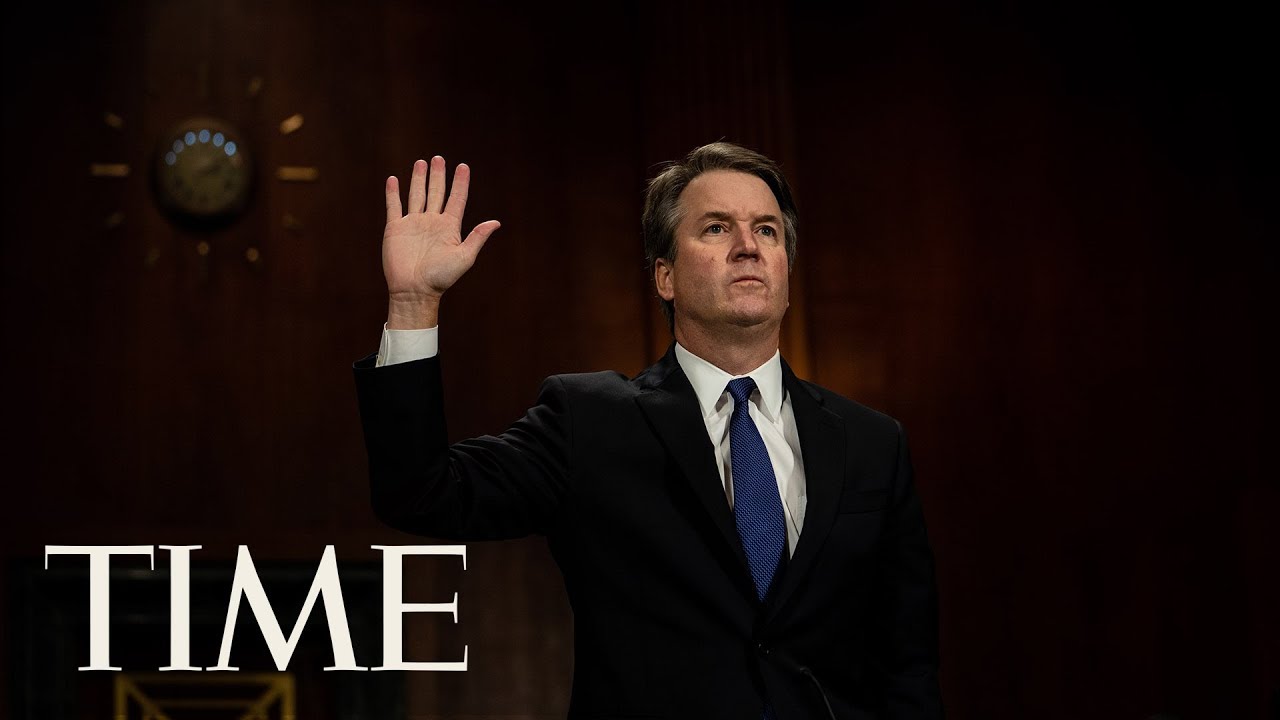 WASHINGTON – Supreme Court nominee Brett Kavanaugh gained the support of a key Republican senator Friday, virtually ensuring his nomination will advance to the full Senate a day after he adamantly denied the high-school-years sexual assault of a woman who testified she was “100 percent” he was guilty.

The vote by the Senate Judiciary Committee was set for 1:30 p.m. on Friday. Republican Chairman Chuck Grassley announced as the panel gaveled to order. Emotions running high, several Democratic senators walked out for a time in protest.

Moments before the panel convened, Arizona Sen. Jeff Flake of Arizona, a member of the panel, announced he would vote to confirm Kavanaugh, who he said was entitled to the “presumption of innocence … absent corroborating evidence.”

“While some may argue that a different standard should apply regarding the Senate’s advice and consent responsibilities, I believe that the Constitution’s provisions of fairness and due process apply here as well,” Flake said. “I will vote to confirm Judge Kavanaugh.”

Tensions were high inside and outside the hearing room and protesters swarmed Capitol Hill. Two women cornered Flake in an elevator and, through tears, implored him to change his mind.

As soon as the committee opened, Democrats offered a motion to subpoena Mark Judge, a high school friend of Kavanaugh who Ford testified was a witness to the alleged assault.

Judge has said he does not recall the incident, and the motion offered by Sen. Richard Blumenthal, D-Conn. was blocked by Republicans in a vote. Blumenthal and several other Democrats, including Kamala Harris of California and Mazie Hirono of Hawaii, then walked out of the hearing room.

Democratic Sen. Patrick Leahy of Vermont said it was like the potential witness had “effectively nailed a do not disturb sign, and apparently the Republicans on this committee are satisfied.”

Leahy said it’s not that Democrats are trying to delay the nomination ahead of the midterm elections as Republicans contend. “This is about doing our job,” he said.

One Democrat not on the committee, Sen. Bill Nelson of Florida, added his name to the opposition. Nelson, who faces a tough re-election this fall in the swing state, announced Friday he was voting against Kavanaugh.

Meanwhile, there were signs that Thursday’s remarkable testimony before the panel – in which Kavanaugh angrily declared his innocence and Ford calmly recounted the moment in which she says he attacked her – had registered negatively with two organizations whose support Kavanaugh had earlier received.

The American Bar Association, which previously gave Kavanaugh its highest rating of “well qualified,” asked the Senate committee and the full Senate to delay their votes until the FBI could do a full background check on the assault claims – something President Donald Trump has refused to order. Grassley, too, has refused.

Late Thursday, the magazine of the Jesuit religious order in the United States withdrew its endorsement of Kavanaugh, saying the nomination was no longer in the interests of the country and “should be withdrawn.”

“If Senate Republicans proceed with his nomination, they will be prioritizing policy aims over a woman’s report of an assault,” the “America” editors wrote. “Were he to be confirmed without this allegation being firmly disproved, it would hang over his future decisions on the Supreme Court for decades and further divide the country.”

Kavanaugh has repeatedly cited his Roman Catholic faith and his years as a student at the Jesuit-run Georgetown Prep school in Maryland.

Meanwhile, former President George W. Bush has been advocating for Kavanaugh with wavering senators in recent days, according to a person familiar with Bush’s outreach who wasn’t authorized to speak publicly.

The White House said it was also engaging with wavering GOP senators, but provided few details. Trump is publicly standing by his nominee.

“His testimony was powerful, honest and riveting,” he tweeted late Thursday. “The Senate must vote!”

Flake’s decision has been among the most watched, and he had told reporters it was “a tough call” as he left the Capitol late Thursday.

The Arizonan had been holed up with other key senators – Republicans Susan Collins of Maine and Lisa Murkowski of Alaska, and Democrat Joe Manchin of West Virginia – after the daylong hearing.

Thursday’s testimony appeared to have only sharpened the partisan divide over Trump’s nominee. Republicans praised Ford’s bravery in coming forward, but many of them said her account won’t affect their support for Kavanaugh.

At the daylong session, Ford and Kavanaugh both said the event and the public controversy that has erupted 36 years later had altered their lives forever and for the worse – perhaps the only thing they agreed on.

Telling her story in person for the first time, Ford, a California psychology professor, quietly told the nation and the Senate Judiciary Committee her long-held secret of the alleged assault in locked room at a gathering of friends when she was just 15. The memory – and Kavanaugh’s laughter during the act – was “locked” in her brain, she said: “100 percent.” Hours later, Kavanaugh angrily denied it, alternating a loud, defiant tone with near tears as he addressed the Senate Judiciary Committee.

“You have replaced ‘advice and consent’ with ‘search and destroy,’” he said, referring to the Constitution’s charge to senators’ duties in confirming high officials. Trump’s tweet later used the same “search and destroy” language.

Repeatedly Democrats asked Kavanaugh to call for an FBI investigation into the claims. He did not.

“I welcome whatever the committee wants to do,” he said.

Republicans are reluctant for several reasons, including the likelihood that further investigations could push a vote past the November elections that may switch Senate control back to the Democrats and make consideration of any Trump nominee more difficult.

Ford delivered her testimony with steady, deliberate certitude. She admitted gaps in her memory as she choked back tears and said she “believed he was going to rape me.” Kavanaugh entered the hearing room fuming and ready to fight, as he angrily denied the charges from Ford and other women accusing him of misconduct, barked back at senators and dismissed some questions with a flippant “whatever.”

Trump nominated the conservative jurist in what was supposed to be an election year capstone to the GOP agenda, locking in the court’s majority for years to come. Instead the nomination that Republicans were rushing for a vote now hangs precariously after one of the most emotionally charged hearings Capitol Hill has ever seen. Coming amid a national reckoning over sexual misconduct at the top of powerful institutions, it exposed continued divisions over justice, fairness and who should be believed. And coming weeks before elections, it ensured that debate would play into the fight for control of Congress.

Wearing a blue suit as Anita Hill did more two decades ago when she testified about sexual misconduct by Clarence Thomas, Ford described what she says was a harrowing assault in the summer of 1982: How an inebriated Kavanaugh and Judge locked her in a room at a house party as Kavanaugh was grinding and groping her. She said he put his hand over her mouth to muffle her screams.