Springettsbury Township Board of Supervisors are hosting a public hearing at 6 p.m. Thursday, July 26, at the township’s administrative building, 1501 Mount Zion Road. 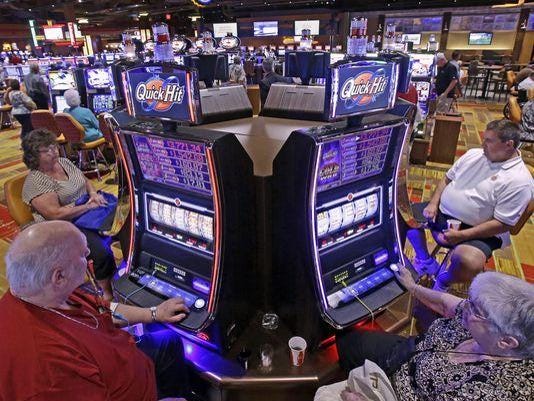 In this July 1, 2013, file photo, casino patrons play some of the 600 slot machines at the Lady Luck Casino Nemacolin, located approximately 70 miles south of Pittsburgh, shortly after its grand opening in Farmington, Pa.(Photo: AP file photo)

Will the York Galleria be home to Penn National Gaming’s next casino?

Most of the Springettsbury Township Board of Supervisors hope so, which is why they are hosting a public hearing at 6 p.m. Thursday, July 26, at the township’s administrative building, 1501 Mount Zion Road. Residents can tell supervisors their thoughts about casinos and gambling in the municipality.

Zoning ordinances that will be discussed and voted upon include changing the township’s ordinance to allow for casino and gambling facilities, off-track betting and pawn shops; revising the Town Center Overlay standards regarding improving and/or reusing existing enclosed shopping malls; and amending an ordinance to rezone the York Galleria mall, the former Bon-Ton and Pax Mall Realty Co.

Penn National paid $50 million for the opportunity to place a casino in York County. Springettsbury Township is one of four locations in the county being considered, according to Penn National.

The gaming organization was granted a two-month extension July 12, giving them until Sept. 12 to pick a site, according to the Pennsylvania Gaming Control Board.

Penn National also dropped its lawsuit against Gov. Tom Wolf and the state of Pennsylvania on July 12, citing as the reason a "business decision."

Spokesman Eric Schippers said in a statement that the company believes "in the merits of our arguments," but that it's going to focus on developing the York and Lancaster-Reading corridor mini-casinos, "rather than pursue what is likely to be a lengthy and costly legal battle.”

Penn National had asked the federal court in Harrisburg to declare Pennsylvania's new gaming expansion law unconstitutional, claiming that it violates the company's rights to equal protection and due process.

Mini-casinos can have 750 slot machines, and Penn National, which operates Hollywood Casino near Harrisburg, says it plans to pay another $2.5 million to operate 30 table games.

The state Gaming Control Board gave municipalities the right to opt out of potentially hosting a mini-casino, and 38 municipalities in York County, including Springettsbury Township, exercised that option. 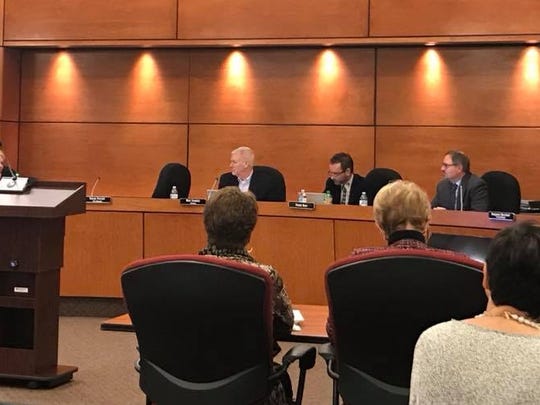 Supervisor Kathleen Phan was the only no vote to rescind a resolution to prohibit casinos in Springettsbury Township. (Jana Benscoter) (Photo: The York Dispatch)

The previous Board of Supervisors voted against being considered for a mini-casino, but the 2018 board voted differently. Supervisors voted 4-1 at their Feb. 8 regular meeting to participate as a viable option under the gaming expansion law that passed last year.

The other four supervisors said the potential economic boost — and the closures of longstanding anchor stores Sears and Bon-Ton at the Galleria — was tempting enough for them to reconsider the opportunity.