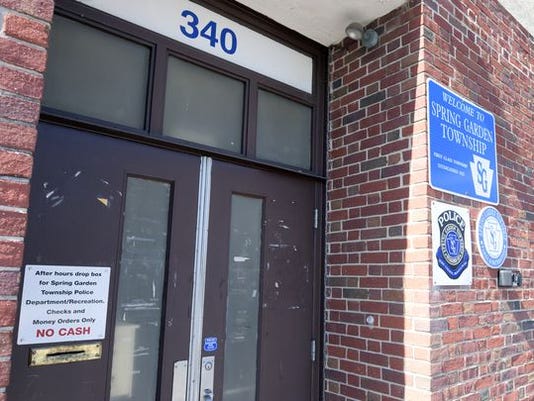 A new Spring Garden Township municipal complex at 340 Tri-Hill Road could be constructed by April 2020 if the design phase and timeline approved by commissioners goes as planned.

The proposed preliminary design phase is slated for completion on Sept. 1, and the final design phase on Dec. 1, President Tom Warman said at the commissioners' June meeting.

According to the architects — York-based Murphy & Dittenhafter Architects — the cost to the township up to the construction phase is $439,335. Warman explained that figure is the total of $144,035 for the preliminary design phase; $273,500 for the final design phase; and $21,800 for the public bidding phase.

The public bidding phase would begin in January, Warman said.

Construction of a new Spring Garden Township municipal complex could be complete by April 2020. (Submitted) (Photo: The York Dispatch)

The project will create a new one-story complex at the eastern end of 340 Tri-Hill Road, where the township police department is located. It also will renovate the township’s current municipal building on Ogontz Street for exclusive Public Works use and upgrade the Spahn Avenue property currently leased by Public Works.

The new building will house an administrative office and police and recreation departments as well as provide space for public meetings.

There were 14 conceptual “test fits” provided by the architects, which were narrowed to four concepts.

Commissioner Dan Rooney had expressed concern that commissioners may be “locked in” to the chosen design. He said he’s still open to the architects coming back to commissioners with a two-story design that includes a reasonable storm water runoff plan.

“I don’t want to close their mind to that,” Rooney said.

The unanimous vote to proceed amends the former township contract with the architects, who were on deck to build a new municipal complex on a 56-acre parcel at 1799 Mount Rose Ave., which could have cost $20 million or more. But a number of residents opposed it due to its price.

The cost of construction is now estimated at $9.5 million, with an estimated total project cost of $11.7 million, Warman has said.

Architects anticipate construction to begin in April 2019 and last one year, he said, adding that's just construction of the Tri-Hill Road complex and does not include Spahn Avenue and Ogontz Street improvements.