West York Borough Council members still want to entertain hearing from an auditor, who can give them insight on a forensic audit. (Jana Benscoter)(Photo: The York Dispatch)Buy Photo

Mary Wagner noted the borough's public comment policy before admitting she made a mistake at the earlier meeting.

On June 4, she asked police Chief Matt Millsaps to escort Mayor Shawn Mauck out of the council's meeting. Mauck did not leave.

“When I adjourned the last meeting ... I’ll admit my mistakes,” Wagner said. “I adjourned it incorrectly, so that won’t happen again.”

She asked residents wanting to speak during public comment — whether they have signed up or not — to make sure she knows they would like to address the council. Each person has five minutes allotted to them, Wagner added.

“As I said, (your comments have) to deal with what’s on the agenda,” she explained. “Once public comment is over, that’s it.”

Councilman Richie Stahle added that residents can comment on a board action prior to the execution of a vote.

The previous meeting became heated when Mauck and former mayor Charles Wasko disagreed about the state of the borough's finances.

Wasko, who was forced to resign in 2016 because of racist Facebook posts, also pushed Mauck for answers as to why meeting minutes have not been posted online or made available to the public.

Borough Manager Linda Diaz said Monday, June 18, that meeting minutes are being uploaded to a Google Drive document. Once council members read and approve them, she explained, they will be available for the public’s inspection. 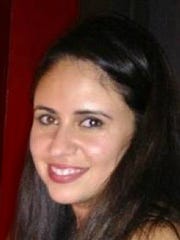 No auditor attended the June 18 meeting.

A forensic audit is used to examine and evaluate specific financial information and can be used as evidence in court, borough solicitor Mieke Driscoll has said.

Wagner confirmed that council members still want an auditor to attend an upcoming meeting so members can gain a deeper understanding of a forensic audit.

"It will happen sometime in July," Wagner said.