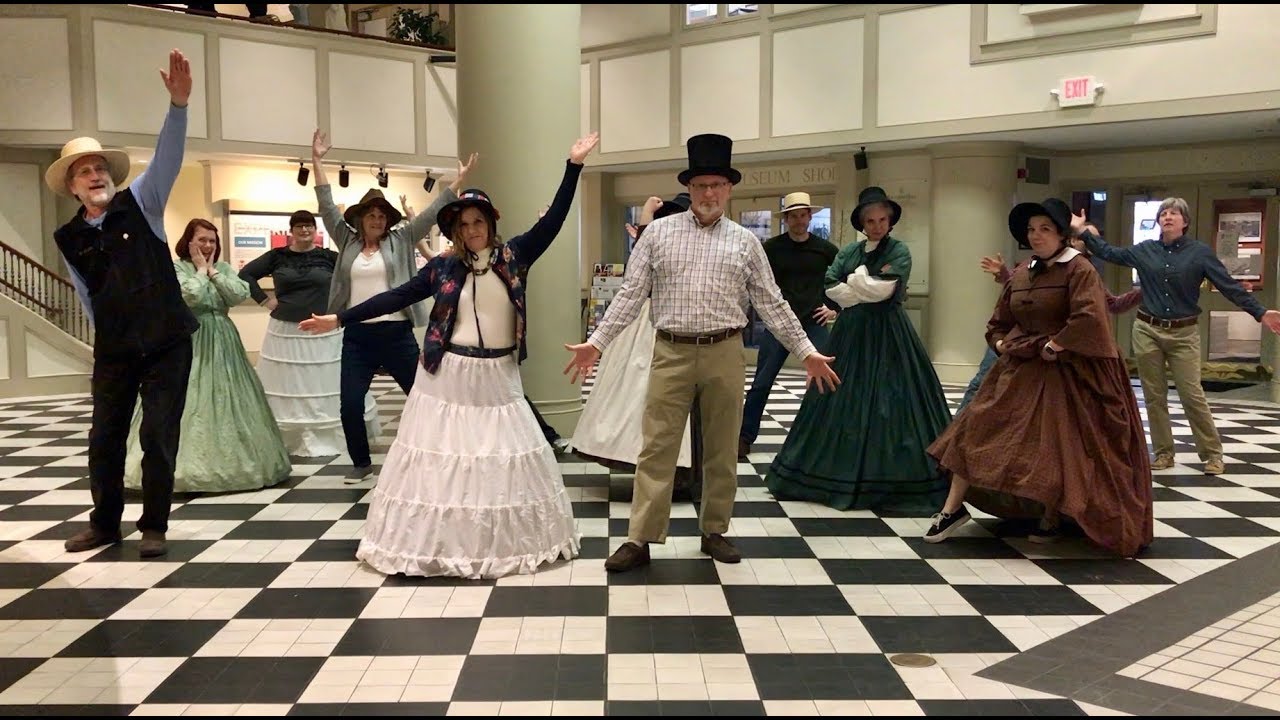 The York County History Center is giving a sneak peek into what goes on behind the scenes when it closes its doors, and what the public sees may require the copious use of smelling salts.

That's because the center's staff likes to do something that would have scandalized some of their ancestors — they like to dance in the aisles of their museums.

The York County History Center's staff recently created a five-minute dance video to show why history, and particularly York County history, is every bit as fascinating as fiction.

They are one of 41 museums competing in the fifth annual Museum Dance Off competition, and they are looking for the public's vote to win.

Contest: The Museum Dance Off competition was created by Maggie Guzowski, the blogger behind www.whenyouworkatamuseum.com, according to Melanie Hady, marketing and public relations director for the history center.

Guzowski came up with the idea for museum workers to show off where they work by creating five-minute dance videos, uploading them to YouTube and engaging in a competition where the winner is determined by the public's vote, Hady said.

According to Hady, in the preliminary rounds, museums are divided into groups within various regions. When one museum defeats the others in its group, it vies for the regional title, then the national title, and then countries begin competing against each other.

The final round, known as The International Thunderdome, determines the winner and will be held May 14, she said.

The grand prize is bragging rights until a new winner is chosen the following year, she said.

"It's all about this crazy world we work in as museum people," she said.

"We call ourselves history nerds. She came up with a way for all of us to make fun of ourselves and our nerdiness," Hady said.

"It was really close, and we had people voting into the middle of the night," she said.

Although they didn't make it past the second round, they were proud of what they had accomplished, and they decided to try it again this year.

This year's video: This year, the museum staff created a video that was inspired by the movie "The Greatest Showman," based on the life of P.T. Barnum. They chose the song "The Greatest Show" from the movie's soundtrack because it was the perfect theme for the message they teach about history, Hady said.

"Our interpretation is that history is really the greatest show. It has everything that's in a good book and a good film. It has drama, it has blood, sweat and tears; love, life and death," she said.

Hady worked on the choreography while Brodi Zimmer, rentals coordinator, worked with the video editing and production.

Zimmer also came up with the ideas for many of the scenes in the five-minute video, she said, and almost every staff member can be seen in it at some point.

The video, which took several months of planning, was shot in all of the center's museums: the Historical Society Museum, the Agricultural and Industrial Museum, the Colonial Complex and the Bonham House, Hady said.

At the locations, various scenes were re-enacted, such as a woman being tried by a judge for theft and placed in the stocks and later being pelted with fruits and vegetables.

Another scene shows three museum staffers sipping tea at the Bonham House, while another showcases workers in a factory at the Agricultural and Industrial Museum, Hady said.

"We were trying to depict York's history in a nutshell," she said.

The video can be found at https://youtu.be/LWCYuZmVydU.

Parthena Bowman, director of education, said that she didn't portray any particular character, as she wore Colonial garb, Civil War garb and even imitated Rosie the Riveter.

"It was a little bit of everything," she said.

Bowman said the dancers often went to the locations and tried to improvise, coming up with whatever worked.

"It was just coming up with something silly. We had the garb and we had the interesting sights to show. It was a lot of fun," she said.

Voting: This year, the preliminary round began April 16, and the York County History Center will compete from 8 a.m Thursday, April 26, through 8 a.m. Friday, April 27.

They are in Group No. 3 of the Eastern U.S. Regional group, facing fierce competition from the WonderLab Museum of Science, Health and Technology, the Shedd Aquarium and the Long Island Museum of Art, History and Carriages. All voting will take place at www.whenyouworkatamuseum.com, Hady said.

According to Hady, the voting link will become active on their competition day. Voters may access it by visiting the website, checking out www.yorkhistorycenter.org or following the York County History Center Facebook page, where the link will be posted several times throughout the day.

— This article has been changed to reflect the correct times for voting.