Court to decide if drug use while pregnant is child abuse

Pennsylvania’s highest court will decide whether a woman’s use of illegal drugs while pregnant qualifies as child abuse under state law.

Court to decide if drug use while pregnant is child abuse 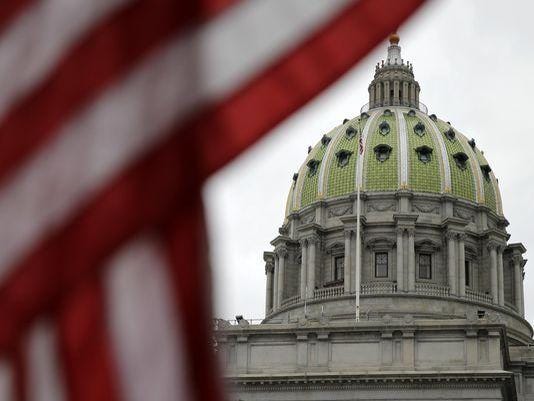 HARRISBURG — Pennsylvania’s highest court will decide whether a woman’s use of illegal drugs while pregnant qualifies as child abuse under state law.

The Supreme Court recently took up the case of a woman who tested positive for suboxone and marijuana at the time she gave birth early last year at Williamsport Hospital.

A county judge ruled that did not qualify as child abuse under the state’s Child Protective Services Law, but the intermediate Superior Court said drug use while pregnant can make bodily injury to a child likely after birth.

“Mother’s actions were deplorable, but this court must follow the law,” wrote Clinton County Judge Craig Miller in May, ruling the county child welfare agency had not established that child abuse occurred.

“No one thinks using drugs while pregnant is good, but using the criminal justice system and the civil child abuse system to punish people for doing so just makes a bad situation much, much worse,” said the woman’s lawyer, David S. Cohen.

In a filing with Supreme Court, the woman’s lawyers said most states, with a few exceptions, “have taken a nonpunitive approach to the issue.”

“Almost every major medical and public health organization has recognized that punishing women for drug use during their pregnancies is counterproductive to public and private health,” wrote lawyers for the mother, identified by initials in court records.

“The rationale here is simple — women with a substance abuse disorder during pregnancy need treatment, both for their drug use and prenatal care, and the threat of being punished by the state will drive women away from treatment, thus risking their own and their child’s health,” her lawyers argued.

They warned that if the court expands child abuse’s “recent acts” to include pre-birth activity, that could encompass a range of things, from smoking cigarettes to drinking water in an area without reliably clean water.

Superior Court Judge Geoffrey Moulton, in a Dec. 27 opinion , said a mother’s substance abuse while pregnant “may constitute child abuse” if child welfare authorities can prove she “intentionally, knowingly, or recklessly caused, or created a reasonable likelihood of, bodily injury to a child after birth.” Moulton’s opinion printed the word “after” in boldface.

Another judge said he agreed with Moulton’s reading of the statute, but added he questioned “whether treating as child abusers women who are addicted to drugs results in safer outcomes for children.”

States have rarely criminalized the exposure of an unborn child to illegal drugs, but it is common for child-welfare agencies to become involved when a newborn tests positive for exposure to opioids and other substances, said Meghan McCann with the National Conference of State Legislatures.

“States are really grappling with this, and states are sort of interested in what are the alternatives to a child abuse neglect case,” McCann said, noting a strain on foster care systems. “How to keep the family together is of interest.”